~ A foreigner on calling your mother dirty names

You know how all children are inferior to you in every possible way? How they have an utter lack of morals, and the alien women sell themselves on every corner in every one of their god damn cities? Of course you do. Foreigners are the scourge of the Earth. I mean, they can't even speak English. That's how inferior they are. As such they should be eradicated without mercy, and, in many cases, without thought.

However, there comes a time in every man, woman, or flying spaghetti monster's life where he/she/it may need to understand foreign, be it when they are walking down the street and someone yells at them in stupid-tongue, or if they have a job which simply doesn't allow them to eradicate destroy make love to avoid those ugly, smelly, foul and dirty foreigners, then it would be best to be able to understand them, or at least nod along and say 'yes' in their language until they go away. 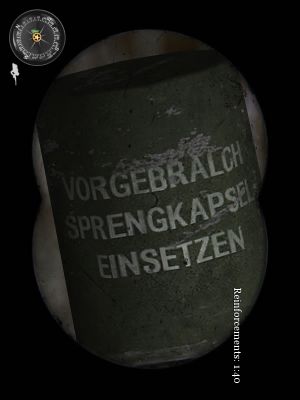 As you no doubt know, English is the language superior to all others, and is the root of all modern language as we know it. Therefore, it stands to reason that foreigners speak it in an attempt to sound less foreign. This invariably fails as the charming person trying to sound English will inevitably have an accent as thick as a brick, and are probably too stupid to know what they're saying anyway, hence the fact that conversations with foreigners often follow this pattern:


At which point the poor fellow lopes of the the place where he spends his time, usually a crack den or a flophouse.

As a result of this, anyone who is literate(ie, not foreign) can see the inevitable superiority of the English language, and the reasoning behind why some believe that it should be taught at gunpoint to all children, the world over.

Unfortunately there are politicians the world over, and we all, even those bloody foreigners, know that politicians stand in the way of progress, and that they all want a nucular war or something. Maybe if we buy them some hookers they'll all get infected and die.

No, bad me! Poisoning people via hookers is not the honourable way!

Thanks I needed that.

Anyway, where was I?