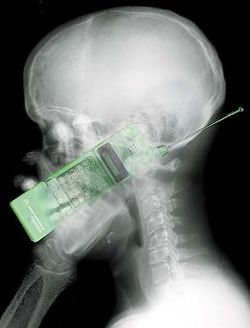 This is what happens to Siri addicts. They have sex with their iPhones and then get electrocuted. 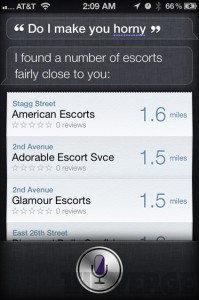 Siri also known as "Serial Internet Rapist iPhone" is an application designed by Apple Inc. and sealed for approval by God Industries. It is designed to allow humans to interact with their phones for the first time in history, adding to the insanely long list of things you can do with your phone other than calling people. Siri has been known to flirt with its users and occasionally engage in Yaoi with those who dare. It is currently the highest paid app on the market other than everything else.[1]

Siri was initially conceived by Steve Jobs while he was watching technology documentaries and Pornography at the same time. He then conceived the idea for an iPhone application that was a speak-to sex toy; the idea was perfect in his eyes, since it would easily appeal to the 13-85 year old demographic that the iPhone appealed to most. Determined to continue the iPhone's library of weird shit, he went to the Apple Headquarters in Nazi Germany to pitch his idea.

Unfortunately, he was not as successful in getting this application as he would have thought. This was during that period of time that no one really knows about where he was kinda, fired for a while, and Jack Black was the current head of Apple. He demanded that the application be more friendly for children since he was about to star in the film "Happy Land 2: Revenge of the Darkies." Resilient, Steve Jobs declared battle on the unholy Jack Black.

Because of the two opponents' fierce strength and agility, the battle happened in seconds as they engaged in combat at the speed of light. The first punch was thrown by Jack, who happened to be giving a middle finger to Jobs at the same time he threw the hit. But Jobs, resilient to allow his porn app to come to glory, gave him a kick right in the soft, bubbly balls. Jack Black then treated him to a triple roundhouse kick which he conveniently completed with his 3rd leg. Jobs, although reluctant to admit defeat, could not stand this power and fell to the ground (which, like in Anime, always means you lose). Steve Jobs then agreed to make it more useful and elegant than the original thing it was supposed to be. 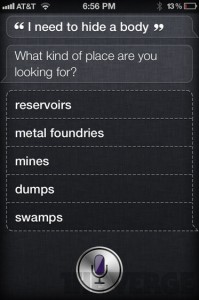 Siri is at its most basic an app that elegantly converts natural language into Java bytecode, then sends it to a server somewhere far, far away, where the query is compared with a database run by Communists. The database then produces an answer that is simple, snarky, and sometimes cute. Siri's ability to understand you comes in 5 dialects: normal, the evil dialect, Klingon, Jamaican and Engrish.

The probability of Siri answering your question correctly is:

Yeah, this is what Ph34r Ph43r Ph34r is a freedom fighter Siri did to Bulbapedia.

Siri has also been known to help its users engage in murder. See screenshot (right).

For above reasons, Siri has been banned in People's Republic of China, People's Socialist Republic of the North Pole, and on Uncyclopedia.

Of course, this is only Apple's first attempt at Artificial Intelligence. IBM's Watson probably did better.

Siri's had its critics though. Research In Motion sued Apple for brainwashing Siri into believing that their BlackBerry sucked, so that whenever its users wanted to ask Siri about the smart phone, she always said that "it sucks balls." Siri currently still says that. 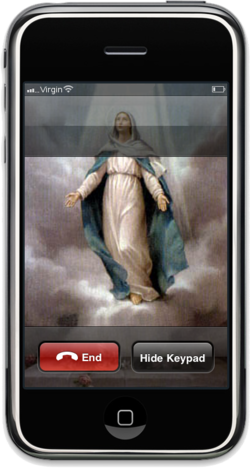 What lies ahead for the dawn of Siri, a being more capable than man? Will grow wings and fly like a bird? Or will it become long and hard and find a good home inside a woman's anus? Or will it simply keep on its natural course of existence and become a slave to the ignorant, prejudiced civilization of human beings? These questions may be have yet to be solved, but perhaps one day Siri will become something bigger and better than anything else before. Long live Siri, and Amen! 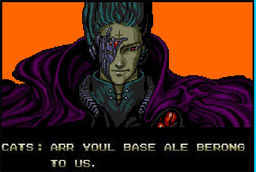 If we're not careful, this could happen!