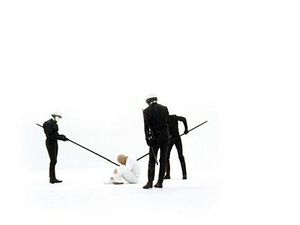 A customer (consumer) being "processed" by the friendly staff.

For those without comedic tastes, the so-called experts at Wikipedia have an article about Apple Store.
“Oh, so this is where the normal people hang out”

“Remember to be happy and above all buy things”

Apple stores are the most futuristic places ever made with plywood and MDF. The environments are pleasant and are reported to be the most appealing consumer spaces in cities and are highly sought after by councils. They serve other purposes, with a global economy often poorer investors flood apple - the hope is to keep the technology industry interesting to consumers as only Asian people are interested in technology that is obsolete by the time you've got home with your latest product.

The aspect of du-humanising aspect the stores is often cited as many find themselves a little sub-par to enter the hallowed realm of Apple. The staff are skinjobs [1]

The stores house some of the most desired products known to man, with high quality technology goods being the most sought after. There is a particular prestige to Apple, and their products.

There are number of locations globally, however their uses remain somewhat obscure, as Apple never easily sell anything except IPods from external outlets....

Their role then could be conjectured to be something far more hideous as thier gooals could be contued as aimpanting a consumism in society in the guise of advanced technology, paticually media editing suites. Of course even the most die hard stugle to make use of all the features... 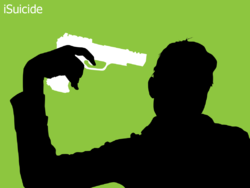 The kind of friendly and arty posters that litter the futuristic interior. 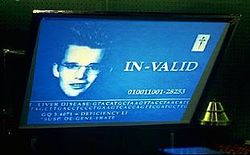 The staff can tell whether you belong in the stores beautiful environment.

There’s a time and a place, apple staff are all cybernetic entities and it’s a bad idea to try and grift this particular retail outlet. The staff are all robots will catch you and hold you to blame. Another key fact is that |Apple products are all filled with secret cameras and tracking devices. The loopholes in the law have allowed such ha draconian practice

Cybernetic entities - these people are the kind of thing you'd expect t to see on some kind of hologram, so healthy, so at peace - where is the discontent at the irate customers who complain at the faulty equipment so often found in Apple products...

If you have a warranty your Mac will be fixed, however after they've discovered that you are an invalid you will be humiliated and given indication to leave

The apple stuff is just cooler, particular looks wise where all the effort goes. This has proven especially successful in oriental countries where an obsession with images has come to symbolise western lifestyles. [2]

The actual use of the stores[edit | edit source]

online business has usurped the once variable options of having stores with increasingly whole sale enter... making stores expensive and unrealistic to run, somehow due to affiliations with fourth dimential entities Apple is able to run these stores in whatever economic climate.

The stores also serve to highlight Apples domination of cool in the Western technology sector. The consumerism advertised within the stores encourages an almost cult like status among Apple products and the adverts themselves which shine a light on all out lives...