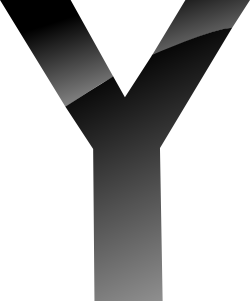 Mac OS Y is the next-generation operating system from Apple. OS Y made its first appearance at this year's E3 electionics show, where it wowed computer magazine writers with features such as a web browser, typepad, a calculator, and its general Macity Appleness.

OS Y also continues to implement Mac's amazing parental control system, which keeps kids from playing violent games by making the OS suck chode so badly that you never see a major release game for Apple until like two years after it's been out for stuff that really sucks, like Linux and GameCube.

As we're all acutely aware, anything made by Apple is sleeker and simpler to use. Just like the Apple branded iPoop toilet revolutionized the way we poop by make it easier, Mac OS Y will make it easier for you to turn your brain into poop.

Introductions at the show[edit | edit source]

Said Jobs, "Mac OS Y brings another generation of shit no one except you slobbering fucking anti-establishment zombie herd folllowers will use!"

Jobs continued, "It does nothing. Nothing. If you don't run Photoshop and maybe Quark, a Mac is nothing but a non-threatening objet d'art! Yet, you sheeple will fucking buy it. So, go ahead you shitters and and cheer, because you don't know any damned better!"

Several of the reporters on-hand fainted. A few others doubled over in pain from their crippling screaming orgasms. Two reporters jumped from a window saying they had "lived to see everything and can now die happy" just after hitting the send button on their email to their editor with the story. The remaining reporters immediately eulogized the dead as martyrs.

One reporter went on a shooting spree, screaming, "You fucking idiots can't possibly think this shit is better than Linux!"

He was shot dead by three other reporters, who said, "You can't possibly think either of those is really -- in the big boy world -- better than Windows." Soon after, these reporters were killed by a crazed old man with a typewriter.

The Apple crowd stood around, still cheering, because that sort of personality cult isn't really capable of action on its own, and Jobs had already skipped out to go snort cocaine off a stripper's ass.

Mac OS Y has a number of features tailored to suit the unique needs of the zombies of the Apple World, including:

Wired: "Steve Jobs isn't a second Christ. Oh, no. With Mac OS Y, he has killed and mounted the second Christ on the wall in his den."

Mac OS Y is scheduled for release at the end of time.