From Uncyclopedia, the content-free encyclopedia
Jump to navigation Jump to search
iTrip

For those without comedic tastes, the so-called experts at Wikipedia have an article about ITrip. 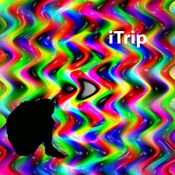 The recent ad campaign for the iTrip.

The iTrip, produced exclusively by Griffin Technologies, is a device designed for the iPod. The primary purpose of the iTrip is to recreate the experience of being under the influence of hallucinogenic drugs while remaining completely sober. According to the manufacturer's description, "This product allows millions of children who were previously unable to acquire street drugs in a conventional manner (such as overprotective parents or semi-vigilant police) to experience firsthand the pleasures of 'tripping.'"

Bob Geldof at his most recent press conference. He is obviously using the iTrip.

The iTrip was invented sometime in July 1967, during the time known by many to be the "Summer of Love." The precise identity of the inventor is unknown, though popular rumor seems to credit Sir Bob Geldof with its invention. He has at various times given different responses when asked about this rumor. His most often used answer is generally "Feed the children, feed the world. Don't they know it's Christmastime?" When reminded that Band Aid happened over 20 years ago, he would often put his iPod into his ears, get lost in the music, and babble incomprehensibly while attempting to rape the interviewer. Often he would later apologize, citing the fact that he was an alcoholic. This usually made all adverse press coverage go away.

The iTrip has gained enormous popularity among teenagers and non-teenagers who thrive off of new technological innovations. However, surprisingly, this popularity has not been within listeners of rock and grunge music (the music from which it was originally conceived), who say that getting high for real is better. Since they've been doing it for so many years anyway, they say, tradition may as well reign. Instead, it has gained traction among many religious youth groups, who use the iTrip while listening to Worship Jamz and The Alter Boyz. This trend has decreased in recent years, however, and this community has by and large disappeared into the Christian Church's "Prayhabilitation" program. Analysts expect to see them back to their old ways within a week, according to current trends, but vehement Rosary-throws from clergy have also silenced this sect.

A drug dealer. Note the helpful insignia on his chest.

Since its creation, the iTrip has faced criticism from a varied assortment of people over the decades. In the 1970s, ironically, the most vocal critics of the iTrip were drug dealers, or "pushers" aka 'Menudos' as street slang would have them, who complained that it was stealing their business and forcing them to take their own drugs. They complained of frequent hallucinations, and during their landmark lawsuit,they repeatedly fainted while muttering "the colors, the colors" or "the Victorian-like pattern is peeling off the ceiling..." under their strongly alcohol-smelling breath. On a side note- {Outraged at the injustice behind the ghetto substitute iGriffin was "pushing", drug dealers aka 'Menudos' began to hold sampler stations at local bodegas similar to the successful selling strategy Costco and other wholesalers employ.} Once the verdict of "No Shit" was handed down, this criticism was by and large muted save for an occasional outburst at Alcoholics Anonymous of Albania (AAA) meetings.

More recently, it has attracted the attention of an unemployed Al Gore, who has been out of work since his push for global warming laws was recognized. Searching for "similarly abitrary ends" to pursue, he happened upon the iTrip, which he calls "an evil agent of global....oh wait. Vote Gore 2008!" He has since released a documentary on this very subject, entitled "An Inconvenient Political Stunt." In it, he details the ugly details of what drugs do to your brain, clips of which have been used as part of a campaign called "Above the Influence."

The exact scientific method by which the iTrip causes one to believe they are high is unknown. Griffin Technology refuses to reveal the schematics of it, and since its patent is held in Mongolia, there is no way to dig them out. However, through a creative blend of backward-engineering, tours of the underwater factories in which it is made, and substance abuse, tentative diagrams have been drawn. However, these diagrams were also patented in Mongolia, so all that analysts have left to interpret are a few scientists' explanations. From this, they have gathered that electromagnetic pulses are sent to the brain, gently stimulating it. At this apex, the wearer is repeatedly knocked in the head with a miniature brick until they are nearly unconscious. It is inferred that this state is when one experiences a feeling of "tripping." 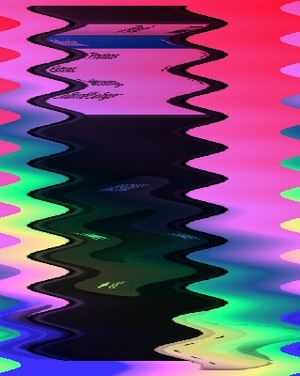 Woah, man! The colors! Thanks iTrip!

The market for the iTrip has recently been flooded with new devices designed to do the same thing as the iTrip, packaged under a different name. The driMouth, which is produced by SanDisk and emulates the feeling of ecstasy, is considered by most to be the iTrip's most solid competitor. Many believe the driMouth to be a much more full-featured alternative to the iTrip, complete with crash pillow and Alka-Seltzer dissolved directly into the bloodstream the morning after. However, market research indicates that the iTrip still dominates over 90% of the market. Many attribute this fact to the iTrip Store, where one can download "experiences," which are high feelings from different famous people. The most popular of this recent trend is the relatively tame "Pete Townshend," which uses spiritualism as the primary method to trip. The most extreme is the "Courtney Love," which implants in your brain the feeling of being on drugs not even legal in Vietnam. These "experiences" can only be used on iTrip. Speaking of which, allow me to depart. It is time to see if this baby really works...