iFraud is a form of scam to gain access to the money, computer, IPod, or reproductive organs of an iPod user. This form of scam is typically aimed at the less intelligent users of iPods, such as those that listen to crap. Unfortunately, in the United States, iFrauders have a rather large flock of sheep to feed off of. 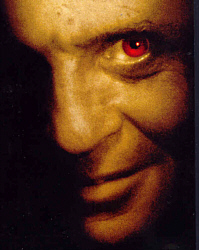 A notorious iFraudster, looking to sell iPods to score his next drug shootup. He is successful in his cannibalistic threats, as can be seen by the bloodshot eyes typical of druggies.

It all started back when Apple released the iPod. Back in the day when iPods cost $500 for a cheap one, they were a precious and rare commodity. the term, iFraud was originally coined to describe the fraudulent and outrageous prices Apple placed on their MP3 players. Over time, however, as it was realized that an iPod could hold more songs than one person could ever own, the iPod theft rate dramatically increased, crops were successful, population soared, furbies reproduced, and, as a result, the term iFraud was shifted more towards the theft of iPods. As the price decreased, the scumbagishness of the people who couldn't afford to buy an iPod but could afford to filch one increased, and thus the methods became more violent. Thus, the current meaning of iFraud comes, as dealing with any crime remotely related to iPods.

It has been speculated by professional Psychiatrists such as Ann Coulter, Ph.D, that iFraud sates a deep-seated need to listen to music typically associated with Country and inviolate women. Others in the field, such as the highly respected Dr. George W. Bush, M.D Ph.D, who himself recently had his own iPod stolen while conducting research as to the effects of the Backstreet Boys on his mind, attributes iFraud to capitalism, in which an iPod is seen as potential capital. To remedy this, he suggests, we should replace capitalism with a much more proven and stable form of government such as Communism or a Ducktatorship. The relationship between a Ducktatorship and Capitalism remains unclear to those of us without both a Ron Paul button and a Ph.D. Other less reputable psychologists maintain that it is merely a desire on the part of the poor to listen to gangsta rock yo in the hood without having to pay for an iPod. These psychologists are typically shunned as being far to radical for their field.

iFraud appears in a variety of forms, so many that it would be impossible to document them all. Any case of a stolen iPod is iFraud.

This is a very common form of iFraud. One performing this type of iFraud will most probably steal your iPod. SO beware when you enter the hood. Or when you see darkness around you.

If you are the owner of an iPod, never EVER let your friend listen to a song on it. If you MUST let them listen to a song on it, wrestle them to the ground and ask them a question only the real friend would know. Perhaps several questions, in case the iFraudster had some sodium pentathol with him.

This is a far less common form of iFraud, often practiced by people desperate to hawk an iPod off for drug money.

The iFraudster will typically hold the owner or a loved one at knifepoint to get the iPod. If he does not get the iPod straight away he will perform gross sexual acts on the victim until he gets it, or eventually force the victim to perform seppuku.

Keep your iPod in a secure place to prevent filching. When you must go out with it, be sure to carry a high caliber rifle with you at all times. Remember, iFraudsters are violent and sneaky people, so be suspicious of anyone and everything around you.

This is a very dangerous form of iFraud that grants the iFrauder access to your computer.

First the iFraudster must find a way to influence the music store. they can do this a number of ways:

Then the iFraudster uploads a music file that is secretly a Trojan horse and takes over your computer, and steals your banking information when you buy the music file.

Stay away from iTunes at ALL costs. It is dangerous, and using it is like asking for a virus. You are much safer using the proven P2P method.