Pre-Algebra is a branch of math that is part of the government's plans to corrupt the minds of young pre-teens into believing that algebra and future math that they might learn is easy, harmless, and does not chop you into little pieces while taking your grandmother and feeds her to a burning dog in front of you during math class. There are several key concepts of pre-algebra, including polynomials, functions, the coordinate plane, functions on a coordinate plane, functional snakes on a plane, and related bullshit.

“It's a plane with coordinates on it!” 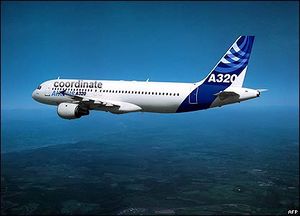 The Coordinate Plane is a theoretical plane which is two-dimensional and can have points on it, but certainly not snakes. It is split up into four quadrants, namely first class, business class, economy class, and the cabin. Points can exist in either one of these quadrants, but never in more than 3 at once (although this is entirely dependent on the individual fatness of the point in question). The location of the points is called a coordinate. The coordinate itself is written as <latex>(x,y)</latex> where <latex>x</latex> is the relative seat number (usually rounded to the nearest 0.0000000000000000000000000000000000001) and <latex>y</latex> is the letter of the seat (which depends on the size of the plane, but usually is any letter between <latex>\Omega</latex> and <latex>\Pi^{3}</latex> ).

The Discovery of the Coordinate Plane[edit | edit source]

After many grueling years of research on a totally unrelated subject, Euclid went for a walk and tripped on a rock. To his surprise, what he saw was a vision of Nostrodamus predicting something called a Coordinate Plane. This was again predicted by Richard Nixon in 1978. Finally, Bill Clinton saw the Coordinate Plane and announced it to the world in a cypher in the quote:

“I did not have sexual relations with that woman!”

~ Bill Clinton on ciphered message about the Coordinate Plane 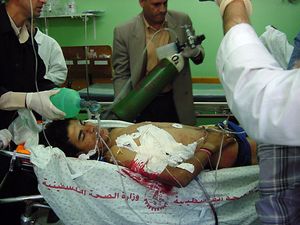 This translates to "Oh thy children shall be taught of a plane in which there are coordinates, and it shall be called the Coordinate Plane." The letters <latex>\psi</latex> and <latex>\Delta</latex> signify how the coordinates will be noted. After Bill Clinton resigned, we were alerted of the Coordinate Plane and managed to teach it to some poor small children. The first attempts of this were disastrous. Of the 2000 children taught, 300 of them asploded, 560 of them caught AIDS, 210 of them turned gay, and 146 of them were gunned down by Jack Bauer. In later times, the techniques of teaching Pre-Algebra had been perfected as to limit the asplosion victims to 20 a year.

Functions are undeniably the result of a mind that was extremely high on either LSD or crack. Most functions are illegal, and the purpose of Pre-Algebra in teaching functions is to allow small children to identify which functions are legal and which ones are not. For example, here are some illegal functions:

Anyone caught using these functions will receive up to <latex>10\pi</latex> years in jail.

There are, however, some functions that are legal. Most are being destroyed in the War on Math by the famous terrorist Al Gebra and by the Bush Administration, but some still exist. The most common functions that are legal are found under the theorem of New Math. It is quite a lengthy theorem, but runs under two main principles:

Using these principles, the theorem of New Math allows us to identify which functions are illegal or not. Apart from the ones above, here are some more legal functions:

Occasionally, a rare phenomenon occurs, known as the wisbachi postulate, and causes functions to transform from their native state on paper into a curve on a coordinate plane. These are extremely dangerous and should be treated with the utmost care. These functions excrete a deadly neurotoxin which destroys the colon within seconds of inhalation.

However, not all functions on the coordinate plane kill as fast as the next one, but they are all lethal. After recent attacks by Al Gebra, the department of Homeland Security stepped in and heightened security on all coordinate planes. They cannot be used except by an expert and behind at least 4 inches of bullet-proof glass. These functions can be grouped into 3 groups, based on their toxicity and how fast their genetic code changes so that they can assume the form of a curve. These groups are algebraic functions, trigonometric functions, and, deadliest of all, calculus functions on the coordinate plane. 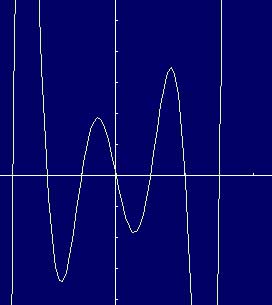 Of all the functions found on a coordinate plane, algebraic functions are the least poisonous. However, they are really easy to transfer over from paper, where some are legal, to the coordinate plane, where they become monstrous beasts, often reproducing into smaller, more numerous, and equally lethal roots.

These are the only ones used in Pre-Algebra, and are, on the most part, linear, as in linear algebra. These can be used to model the almost linear travel of an arrow shot off a graph into a poor, unsuspecting student's forehead during the discussion of linear functions in pre-algebra. 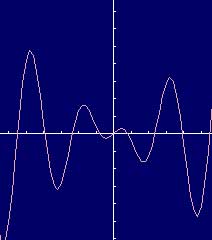 If any one coordinate plane function should be feared the most, it is the trigonometric one. It is extremely poisonous, and can kill within minutes of contact with a toxin similar to orange juice. The toxin, however, can become airborne, especially if provoked with a stick and/or a sharpened pencil. This is why it is mandatory for anyone working in close proximity to a trigonometric function should wear both a bulletproof vest and a gas mask.

The reason trigonometric functions are so dangerous is because of 1. how easy it jumps from paper to the coordinate plane, and 2. how easily it can change its shape. The reason it jumps so easily is because of a certain gene sequence, similar to that of the lower digestive tract in humans. Once it activates this gene, it can phase in and out of reality for very short periods of time in search for either pizza and beer or something having to do with porn. Completely coincidentally it can manage to appear inside of a coordinate plane, where it acquires new, deadly attributes. 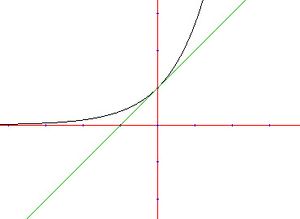 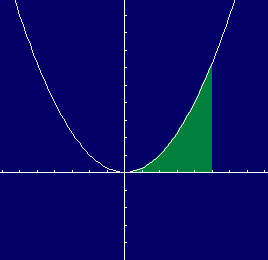 As said before, pre-algebra is an introduction to the sadistic and often deadly subject named math. Future math studies that a poor, young victim must assume include