The secret to time travel

"What’s the space-time continuum?" we ask little Bobby Billington. "Why, it's making enough space for guests before you run out of time and they arrive, so you can continuum on with your life!" responds Bobby. But we say, “Ah, ah, ah, young Bobby, that is not the definition of the space time continuum, however there is another word for what you were talking about. It’s called....ummm...err...Mr. Bojangles!!!

The 'real' answer? The space-time continuum is something that keeps balance in our universe, and any universes... universi universities other universe that may exist. That is the definition for us simple minded earthatarians. For the complex mathematicians of Earth, there are far more intricate, wondrous, and not to mention ridiculously nauseating, equations do demonstrate what the space-time continuum. 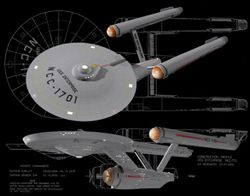 Look out behind you! It’s the space-time continuum! Wait a minute...You’re completely surrounded! It’s on your computer, in your basement, in the cheese drawer of your fridge (even if you don’t have one), even outside on your property! <<WARNING DO NOT READ THE PREVIOUS SECTION IF YOU GET PARANOID EASILY>> The space time continuum does several things. It can create ten- 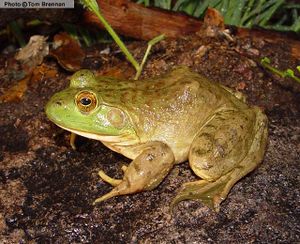 A bullfrog of the German variety. If looked at upside down it is a rare breed of poison arrow frog as well.

thousand bull-frogs at the speed of light (German variety). It is also responsible for creating soap operas, and reality TV. But worst of all it is responsible for robbing you of your other sock while it’s in the dryer. That’s right, I said it, and I’m pretty darn confident too!

“In Soviet Russia, time fuck with YOU!”

~ Russian Reversal on Going Back in Time

The space-time continuum is not something to be provoked, for the consequences will be devastating. However, it is difficult not to provoke something when you don’t know what types of things provoke it. It is likely that the space-time continuum will be the one do destroy our world completely and utterly. It will happen when all minds of people and animals on the planet earth, and a small mallard duck named Fred on the planet Mars think the same thing. They must all be thinking the word cheese, except for a rare species of poison arrow frog, for this complex mathematical equation to work (it demonstrates how the destruction sequence of earth will occur) :

One this equation works with all the real world figures, a giant moist towlette will be flung out of a black hole, and take a 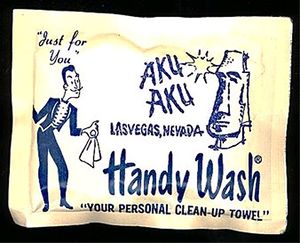 This very towelette will end us all

seven year journey towards the planet earth. Once it reaches its destination, we will be wiped out completely. In conclusion, it would not be unwise to avoid thinking about any type of cheese at any time (unless that cheese happens to be in a can, in which case, EAT ALL THAT YOU CAN!!!!!).

A true fact was revealed last year, on the 7th of May by Dr. Phillip Stones, that if a man, woman, or chicken taco were to think about the continium of Space and Time, it is possible that the Brain could suffer a severe complex clot, in which it would implode into itself, and everntually explode after hours of excrutiating pain. Two cases were reported, one of a Canadian Woman, and the other a Tibetian Man, both aged in their 40's. All people have been advised not to think about this certain matter too much as... AHHHHHH!!!!!!!!!!