Texas Instruments is a major American musical instrument, weapons and calculator manufacturer, based in Dallas, Texas (go figure). Texas Instruments, or TI as the company is affectionately known, are musicians that are famous for the development of several Texas-themed devices. They have two product lines:

For those without comedic tastes, the so-called experts at Wikipedia have an article about Texas Instruments.

Figure 1: The TI-83 Plus in its most common working application.

The TI-83 calculator series is by far the most common calculator in use today. It is recommended that all high school mathematics students possess one of these calculators in their class; in the fascist dictatorship of Saudi Oilberta, these calculators are mandatory equipment, and noncompliance is punishable by law.

The most common uses of the TI-83 calculators are:

However, there are a handful of things that you should never, EVER do with your TI-83 calculator, like:

Neither of these lists are all-inclusive, however (and even if we did show you everything in either list, the whole article will collapse under its own gravity!). It's your job to experiment and determine the best uses for your TI-83 calculator.

Other calculators similar to the TI-83 but better are the TI-83 Plus, the TI-83 Plus Silver Edition, the TI-84 Plus, and the TI-84 Plus Silver Edition. These calculators can be used for the same purposes, including avoiding punishment in Saudi Oilberta (mentioned above). The TI-83 Plus features Flash ROM (so-called archive) for upgrading the operating system, putting on pointless applications, and storing data where a RAM clear could not delete (note, however, that programs must be moved to the RAM before running; therefore, most people use the archive to store shit on Barbie and whatnot; HOWEVER, a new operating system release for the TI-84 series called 2.57 plans to allow running them directly from the archive memory). The TI-84 series boasts a clock for seeing what the fuck the time is, for counting how many fucking minutes are left in class.

The TI-89 series was started in 1998, offering an alternative to the TI-92, which was heavy and had a QWERTY keyboard which banned it from virtually all tests. In 2004, the TI-89 Titanium was released.

The creation of the TI-89 is chronicled in the Book of Instruments, Chapter 89:

"The LORD was saddened by the complicated nature of the TI-83 and its predecessors, so he came to his people and spake: 'Hear oh Texas, for this is the LORD your God who saved you from the Mexicans. Have the brightest amongst you fashion a calculator according to my design, for I am not pleased with your work. It shall be created in my image, and shall handle derivitaves and integrations with ease, and built into its hardware shall be a computer algebra system. Thus shall this device be fasioned so that it may evaluate and simplify algebraic expressions symbolically, and it shall be good.'

"And the people of Texas had done as the LORD commanded, and thus the lord provided them with great wealth, and a virtual monopoly over all educational equipment. The device that the LORD had designed was given to the people, and there was much rejoicing. The device was embraced by the College Board, and thus the SAT became much more powerful than the ACT. Through this device King Solomon had gained his great wisdom, and also through this device had he gained his many wives. And the LORD saw that it was pretty bitchin'." Instruments 89:63-69

The TI-108 calculator series is specially designed to complete the operation of division by zero. On any other calculator, this function is not possible; you get a <latex>NONREAL ANS</latex> error or simply <latex>DIVIDE BY ZERO</latex> error. For the longest time, it was thought not possible to divide by zero. Scientists and mathematicians alike were baffled by their inability to divide anything into zero pieces.

And then Texas instruments came out with the 108, and division by zero was made possible. This action, however, bears horrible consequences. Remember Hiroshima? Nagasaki? Blown up, as a result of division by zero. After the process, the calculator displays the general reaction of the affected area (See Figure 2). Use division by zero sparingly.

The military is researching ways that this calculator can be used against more of its enemies.

In 2005, Texas Instruments received numerous complaints about students playing games in math class. Reacting to these complaints, TI was forced to develop a calculator that made gaming impossible yet seemed attractive to students. Equipped with a high-resolution screen, the TI-Nspire hit the markets in July 2007, and thousands of them were bought. However, it was soon found out that TI removed all programming capability from its new calculator. After a mass Nspire burning and a mega-riot in December, TI finally gave in and provided the Nspire a shit of programming functionality, which was still insufficient to make games.

The dedicated TI programming community finally learned how to hack the Nspire to run programs written in assembly, and, after several more riots, OS 3.0, released in 2011 with the TI-Nspire CX, allowed users to run Lua and Brainfuck programs, making the TI-Nspire more of a gaming calculator, although TI-Basic is still very limited. Therefore, everyone who otherwise would have gotten a TI-Nspire got a Casio Prizm instead.

The pride and joy of Texas Instruments is its musical instruments line. 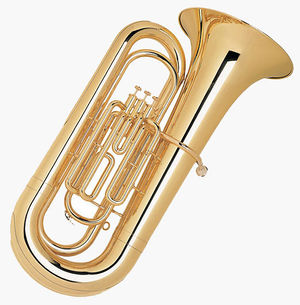 Figure 3: Not to be confused with a tuba, a significantly inferior instrument.

Texas Instruments' attempts to penetrate the consumer supermarket industry were stymied when it was discovered that their silicon chips were not very good even with extra-hot salsa.