From Uncyclopedia, the content-free encyclopedia
(Redirected from Lumberjacks)
Jump to navigation Jump to search

~ Some English homicidal barber on lumberjacks

“A lumberjack cuts down trees.”

“They cut trees, they skip and jump, they like to press wild flowers. They put on women's clothing, and hang around in bars.” 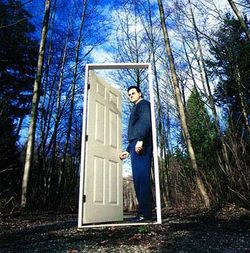 Don't worry! Processed trees can be returned to the forest to restore it to its former condition.

Lumberjacks are professional assassins originating somewhere in Europe but now most famous in Canada hired by large corporations for the specific purpose of assassinating trees. They are carefully chosen and well trained, and are some of the most feared assassins in the world. Though rumour persists that the Lumberjacks were originally formed in the early 1960s as a trivial part of the Great Pirate-Ninja conflict it is, as many things involved with that conflict, a lie. As most anyone knowledgable in the field of Lumberjack history can tell you, the Lumberjacks do not care for either side in this conflict as they see the whole matter as inanely stupid, and often use pirates and ninjas in their training facilities as stand-ins for the trees they plan to assassinate.

There is another, lesser known, species of Lumberjack. They are immortal and are the sworn enemies of Vampires, Werewolves, and Mormons. They can transform into a beaver at will and their blood is pure maple syrup. Their skin is a flannel which they can change like a chameleon. Lumberjacks are found throughout Europe, North and South America. They are sometimes mistaken for kilt-clad Scotsmen who first mimicked their beautiful flannel skin. Lumberjacks are not to be confused with the human professional tree killers of the same name whom the real Lumberjacks will kill on sight. Real Lumberjacks only kill evil trees.

Other than trees, their other more well known arch-nemesi are the cigar smoking pterodactyl mafia!

Their greatest champion and warrior was the great Paul Bunyan. He carried his trusty axe, Sir-Chops-A-Lot, everywhere he trotted off too. He killed trees, teaching them a lesson, and he cleaved the heads off of cigar smoking pterodactyls. It is unknown how many he killed, but it was quite a lot! He also liked screaming things like this:

"No pterodactyl smoking a cigar shall leave this room with his head!!" 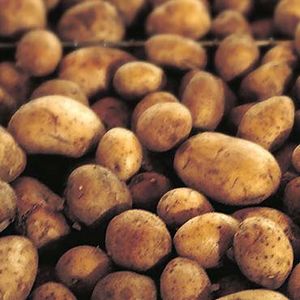 The history of lumberjacks is long and in many places obscure, no doubt due to the nature of their work. The earliest known lumberjacks were Robin Hood and his Merry Men, who founded the first ever lumberjacking training facility, the Nottingham College of Lumberjacking. We can't say where they learned lumberjacking from, however, with any certainty. Some say that they learned it in the Middle East whilst on the Crusades, others think the Vikings taught them. All we can say is that the Nottingham College of Lumberjacking grew and grew, and lumberjacks ended up being sent on missions in the New World. After the American War of Independence, the lumberjacks there went to Canada out of loyalty to King George III, where they flourished.

The training program that lumberjacks go through is rigorous and exhausting. "Assassinating a tree is extremely hard work", says the leader of the top secret lumberjack training division (given the top secret code name SOME MUNDANE SOCIETY THAT HAS NOTHING TO DO WITH TRAINING EXPERT ASSASSINS), "They must be stalked very, very slowly, or else they will sense the assassin's presence and escape." Of course, the assassins don't start right out assassinating trees. "The very first thing we do, I mean, after the initiation, is send each recruit out to assassinate a dandelion. That usually separates the men from the boys, the ones who aren't ready yet come back as babbling maniacs, and we send them to a Hospital for mental treatment. Or we just shoot them." Afterwords, they spend anywhere between 45 to 500 hours watching footage of Trees in various locations. Then, they are sent on practice missions, assassinating various small fungi and flowers.

The methods used by the lumberjack are still, for the most part, shrouded in mystery. Little is known about their methods for tracking down, stalking, and eventually assassinating their targets. However, some broad assumptions can be made about the way these expert killers, these pinnacles of toughness, these assassinators of some of the world's most elusive targets go about their business. First, the lumberjack is assigned a target. He is given a small card with a picture of the tree that needs to be "taken care of", along with its last known location. The lumberjack then heads directly into the forest, where the process of finding the tree ensues. This can take months sometimes, in which the lumberjack goes without any food other than moss, dirt and beer. Then, they will hopefully find the tree. They then have to sneak up on it. Says one former lumberjack, "You might think that would be easy, but no siree, it isn't. If a tree sees the assassin coming, they will run away immediately, and trees can achieve speeds of up to 50 miles per hour!!! Or, even worse, the tree might get alarmed and charge, and nothing is more dangerous than a tree that decides to charge at you. Mind you, I've never seen this happening, and...well...neither has anyone else, but it happens, believe me! A tree is one of the hardest things on Earth to kill." Once the lumberjack is within firing range of the tree, he usually shoots it several times, to wound it. "A wounded tree is by no means a dead one. Indeed, they are probably at their most dangerous stage when they are wounded." The wounded tree must then be chopped down, and its body disposed of accordingly. "It's the most difficult thing a man could ever try and do. I once spent 14 years on the trail of a single tree. I got him in the end, but God, he sure did put up a good fight."

Lumberjacks employ a wide array of equipment when pursuing their targets. Their traditional weapon is the Axe, though in modern times, lumberjacks often resort to grenades and sniper rifles. Russian lumberjacks have started using radioactive poison, that they put in Tea at restaurants, hoping that a tree might happen to come along and get poisoned. Some conspiracy theorists believe that John F. Kennedy's assassination was actually a failed attempt to assassinate the tree who was riding in the limousine behind his. However, this has never been proved.

How to Spot a Lumberjack[edit]

Sometimes, when hiking through the woods, you might cross paths with a lumberjack. However, the so-called lumberjack may actually be a bear. They are hard to tell apart, since both are covered in fur, stink like hell, are both godless killing machines, eat more then their fair share of fish, shit in the woods and drink lots of alcohol whenever possible. The only way to tell them apart is to let one kill you. If it eats you, then it's a bear, and if it eats you AFTER cooking you, it's a lumberjack.

The spying of the Lumberjacks[edit]

Lumberjacks, when going after their mortal enemies (trees), have many methods of spying. "We sneak up on trees, and hide behind rocks and try to listen in on their conversations," says a lumberjack, "I've never heard a tree talk, but I'm confident that they can." Another method is disguising themselves as twigs, and lying on the ground for hours at a time. In the Amazonian rainforest, they dress up as dead parrots (who are in fact only sleeping). Their last and most controversial way of spying is dressing in women's clothing, and hanging around in bars, and hoping that trees will walk in to order drinks. Damn near impossible to tell it's really a lumberjack, the only way to tell if it is a real woman, and not a Lumberjack dressed in women's clothing, is to thrust your hand at the area that would be a normal persons genitalia, and twist. If nothing is there, well, you're fucked.

Mating Rites of the Lumberjack[edit]

Lumberjacks get very lonely when on assignment. In spring, when the winter's alcohol has run out and a young lumberjack's fancy turns to women and love, but mostly sex, he comes out of his hibernation and thinks of reproducing with a female instead of with a small furry woodland creature as he did when he was drunk in the wintertime. However, he dares not tell his older lumberjack brethren this, otherwise they will call him a "pussy". These older lumberjacks have either previously reproduced, or had their reproductive organs frozen off during the winter, and therefore are not interested in reproducing any more, and find such interest a waste of time, better left to the females of the species.

The lumberjack who wins the most events gets the first pick of the females (though there are usually only two of them, making this a slightly unnecessary honor). The runner-up gets second pick, and so on and so on. The losers however must contend themselves with sloppy-seconds, or selecting one of the old, manly-looking female lumberjacks (typically called "Lumberjills").

The Lumberjill then produces an egg which resembles a rock. This egg may not hatch for several hundred years or it could hatch right away. For this reason you should be carful when skipping stones or you could accidentally kill a Lumberjackling. When the Lumberjackling is born it is the size of a mouse and quickly matures in a period of weeks to the size of a 13-year-old human. The Lumberjack is fully mature at an age of 1600 years resembling a 30-year-old human.

Lumberjacks were part of the Rebel Alliance, who else could have taught the Ewoks those cool tricks with dead evil trees?