It is a proven fact that pirates and ninjas are polar opposites, thusly there is a theory that neither could get along very well with the other. This theory is proven by the fact that there is a war going on, as of this very second waged between both of these great forces. It is rumored that the conflict between the two came about because of the story of Ninja God and Pirate God.

“Whilst Pirate and Ninja once sat and played Jenga in Peace, Pirate had his minions deviously sneak up and cut one of the legs off the great Jenga table. When Ninja saw the tower fall Pirate bellowed "JENGA! I WIN!" But Ninja knew of the conspiracy and dedicated himself and his warriors to fighting Pirate ever since.”

A brave cameraman takes a moment to film some ninjas running from some pirates.

Pirates, with their allies: Canada, and the First Bank of America, have been on the downside of the war since the 1800's, when they lost many of their numbers to infighting, general chaos and Chuck Norris turning rogue on them. The only reason that they are still considered in the war is the little known fact that ninjas can't swim. The ninja's one true weakness is water, which is where pirates mainly dwell. The only other foothold, along side the ocean, that pirates have been able to claim exclusively is the internet, or as they call it, "Intraweb".

Due to the ninja's contacts, they covertly own 90% of the world's super weapons, having disguised their storage buildings under the guise of one "Microsoft" and, due to overwhelmingly trivial means, have constructed the first weapon that can be seen from space and is yet invisible. This weapon codenamed "the Bermuda Triangle" is the pinnacle of Ninja tech, though they maintain their cover by claiming it was created by aliens. From the extraterrestrials, there was no comment, though, "I hate ninjas" shirt sales doubled overnight in the Andromeda galaxy.

The ninjas once had a great ally in the Catholic Church, and trained the most elite warriors for their personal armies. The Clinjas were once incorporated into ninja armies, but after the Pirate-Ninja Alliance, where the ninjas failed to save them from the invading cowboys. The Clinjas consequently seceded over to work solely for the Vatican and the Pope, and the ninja forces no longer enjoy the safety they once brought.

History of the Wars

Among their various personal exploits, pirates and ninjas make it a point to fight each other whenever possible; this has remained true through history since the beginning of time.

This makes the article more aerodynamic, and thus more maneuverable at high speeds. Take caution and carry a first-aid kit at all times if you don't know that "Shell City" was a gift shop, Laertes gets poisoned by his own sword, Don Corleone survives the shootout, Naminé was erasing Sora's memory, Barnaby is already partly zombified, Fayed detonates a nuke, and Soylent Green is PEOPLE!!!

You know which one will win. The cowboy, obviously.

Contrary to popular belief, these two forces painstakingly allied with one another in the 1880's in order to fight off their greatest threat, the cowboys. The two forces would not have even considered doing this, if it weren't for the cowboys having teamed up with the samurai, vikings, and later the mobsters. The cowboys, eventually, were able to remove the ninja's foothold in the Vatican (a long time ally of the ninja's), and take over with intent to "yippi-ky-yay" the world. Asking for help was never the ninja way, but one brave ninja (known only as Muhammad Ali), went to the pirates and eventually convinced them to plunder Vatican City. After this the weary allies decided that the threat of the cowboy alliance was too large, and decided to take them downtown. This is most likely why you never see any cowboys.

Ever since the Great Conflict began, Ninjas and Pirates both have made great casualties on both sides. Shurikens, Sticks, Swords and Ninja Stars have been used to kill, be killed, or be raped. Weapons such as the Xbox and Playstation 3 were used as nuclear weapons. Sony decided to convert the Playstation 3 bomb into a videogame toy. Nintendo, a secret ally of pirates, originally developed the Nintendo Wii to be used as a lightsaber and uber-raping device should the pirate in question be unable to obtain wood. This explains the Wii's explosive inarweb popularity.

Some significant battles include:

The Ninja Clan of the Silent Pointy Stick

The Ninja Clan of the Silent Pointy Stick has recently allied itself with a small group of pirates in order to defeat the nefarious Lord Tetris, also known as Kaija.

The current master of the Ninja Clan of the Silent Pointy Stick is Lord Master Jacobson, who rules from his bubble of ninja boredom. His real title is much too long to remember. They have recently allied themselves with Clinjas! 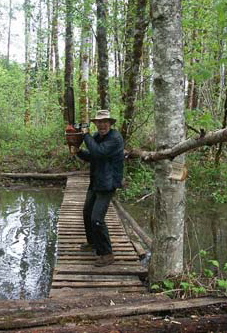 Started in the early 1960's, the Lumberjacks formed from a splinter faction of ninjas, secretly working as double agents for the pirates, found each other out. Knowing that they could never truly expose any others to a higher form of government, they decided to break away, and form the Lumberjacks. Although not much has been heard from them as of late, they have been said to be rising up from the underground to attempt and take down either the pirate or ninja empire, which ever one has more sausage at the current time. The lumberjack's current head of jacking is (based on unconfirmed reports) Charles Barkley, who has been very outspoken in this battle, writing many books, written in code. He is a very skilled codetalker and manages to spread lumberjack propaganda through these books, even though they still sound like mildly-coherent English.

Recently in the Pirate-Ninja Conflict

Since the reign of the current Ninja shogun began, the Ninja have begun to use new (some say more controversial) tactics. These tactics may include such things as huffing kittens (for it is well known fact that pirates are scared of kittens) and enlightening themselves in the Flying Spaghetti Monsterism. It is also rumoured that Ninja's have begun talking with the Jedi hoping to get super force powers as well as wicked sweet lightsabers. The Jedi are refusing since they have already sided with the Pirates in the supply's of Lightsabers. Although they are being supplied with cybernetic enhanced body parts.

Most recent battle: Tomorrow at noon