From Uncyclopedia, the content-free encyclopedia
(Redirected from 24)
Jump to navigation Jump to search

24 (television show) is part of

For those without comedic tastes, the so-called experts at Wikipedia have an article about 24 (TV series).

A humble journalist arrives in a building as the article begins. The camera follows his 5-minute[1] long journey up the elevator to the a room marked the "executive office". There, he meets with the grumpy editor.

EDITOR
Well, have you found any dirt on Project 24, the "Next Big Thing" to arrive on television?
JOURNALIST
I tried, sire, but Fox studios are being ridiculously hush-hush about it! I haven't seen any press releases, any character descriptions, or anything related to the show at all really. 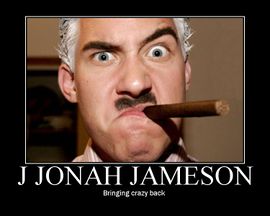 Pre-production stages, you hear me? PRE-PRODUCTION!
EDITOR
I knew those rascals weren't going to cooperate with the media on this project. Apparently, they need to keep us out of the loop even after our informers have informed us that the first season of the project is now in its pre-production stages! (leans forward) Did you find anything using your...er...special skills?
JOURNALIST
You know how security is back at the studios, boss. If I tried to get rough, I would have been shot on site and buried in an undisclosed location! And Fox News would have run a fake story concerning my death!
EDITOR
Of course I know that! But did you get any dirt...from your inside source?
JOURNALIST
Oh, yes boss! My inside source has been incredibly helpful! Apparently, some new website named Wikipedia has made a deal with Fox studios to run a biased and promotional piece concerning the project! My source tells me this site's less than a year old, and they really need more hits! Being the first website to provide one-sided information on Project 24 will really boost their prospects!
EDITOR
Excellent! I hope you managed to acquire a copy of the upcoming Wikipedia article!
JOURNALIST
I sure did, boss! Here it is:

24 is a lavish costume drama set in the Eighteenth Century. It has garnered many industry awards, and critics praise its unhurried pace, serene beauty, and highly plausible storylines.

The star in the British comedy-drama is Jack Bauer, a favourite of the queen. Kiefer Sutherland plays the monied Yorkshire squire, who is increasingly anxious to marry off his attractive daughter Kimberly so that she may have a protector against the Frenchman that has been stalking her for some years. The title refers to the twenty-four manly qualities which Jack looks for in a prospective husband for his beloved daughter. Jack is noted for his supreme compassion and kindness to everyone he meets, even if they are an enemy of his. 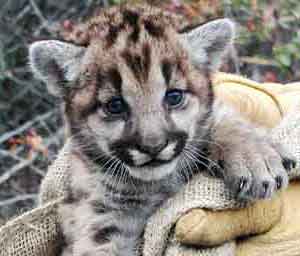 The journalist and his boss take approximately 10 minutes[2] to read the entry and stand still, paralyzed by shock and horror.

EDITOR
THIS is what Project 24 is? A gay costume drama?
JOURNALIST
This is unbelievable! I mean, noblemen? The British monarchy? A computer hacker at a time when computers don't even exist?

What 'THEY' don't want you to know!
EDITOR
And what the fuck do they mean by The Office? I haven't seen any show like that on NBC, have you?
JOURNALIST
No, but I have seen one on BBC....(they both gasp)
EDITOR
This article's a fake!
JOURNALIST
My source betrayed me! He gave me a load of randumb bullcrap instead of any actual information!
EDITOR
Good God, he's defected to the Fox side!
JOURNALIST
I'm gonna make him pay! (storms out of the office.)

Meanwhile, the journalist's "source" has just returned from a trip to Fox studios to receive his "cut". It takes him 10 minutes[3] to park his car the driveway and unlock the front door. He enters, only to find the journalist having lunch with his family members. Who, incidentally, look very, very scared.

JOURNALIST
Oh, hello there my dear source! Thank you for buying a house so close to my office that it takes me a mere 7 minutes[4] to get there! Speaking of which, how far is Fox studios from here?
SOURCE
(bitterly)
40 minutes!
JOURNALIST
Oh yeah! That's right! That means I can visit and take care of your family long before you've finished getting pampered over there, right?
SOURCE
Okay....what do you want?
JOURNALIST
I want the real deal. Some concrete, genuine information on Project 24. And no bullshit this time!

The source reluctantly goes to his room and gets a plastic folder. He throws it on the dining table, all the while making a bitter but terrified face.

SOURCE
You have no idea what you're dealing with!
JOURNALIST
Oh, are you implying that I'm unwittingly putting myself in a life-threatening situation here? Because I'm not supposed to realize that until it's too late. (takes folder and leaves.)

Seven minutes later[5], he and the editor are looking over the document with interest. 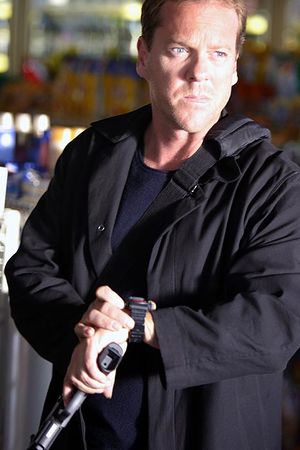 Jack Bauer about to shoot something, as usual.

24 is FOX's upcoming new reality show where a camera crew follows Jack Bauer and his friends and family for one day in LA per season. Interestingly enough, Jack lives one of the most extreme lives of anyone. For example, at any given moment, he could be attacked by gargantuan ninja pirates riding flaming sharks while milking a cow!

The days also follow a remarkably similar pattern: one brown guy gets a nuclear weapon and/or tries to assassinate the president with plutonium-infused field mice, which is then followed by a large increase in Jack's blood pressure and some yelling and generally immoral and unflinchingly bad police work.

They take 5 minutes[6] to finish reading the piece.

JOURNALIST
Though the satirical and sarcastic tone of the piece is evident to all, WE JUST GOT THE BIGGEST TELEVISION SCOOP EVAR!!!!
EDITOR
BOO-YA!
JOURNALIST
YO JOE!
EDITOR
What?
JOURNALIST
Never mind.
EDITOR
Anyway, today has proved yet again that all the "security" and PR crap spread by the TV studios can't stand in the way of the truth! (picks up the office phone.) Yeah, tell all the typewriting monkeys that we're gonna feature Project 24 on tomorrow's front page! That's right, my journalist has got all the dirt we need!

10 minutes later[7], the "typewriting monkeys" or geeks working in the printing room have finished a substantial portion of the front page story.

GEEK 1
I can't wait till this story hits the front page! After tomorrow's sales, our salaries should go up by at least 50%.
GEEK 2
Actually, I would beg to differ. See, your hypothesis relies heavily on assumptions and approximations. A more accurate estimate would be-
GEEK 1
Can't we go easy on the calculations? Just this once?
GEEK 2
Well, I would- (suddenly, the computer screen goes blank. It resets, but is now flooded with the following random bullcrap.)

EDITOR
(picks up the ringing phone.)
What? You're kiddin' me right? Dammit!
JOURNALIST
What happened?
EDITOR
Those typewriting monkeys stopped typing, that's what happened! C'mon, we need to get to the banana plantation!
JOURNALIST
Yeah, about that....(spends three minutes[8] explaining what typewriting monkeys REALLY means.)
EDITOR
Seriously, we have a printing room that I didn't know about? No wonder our budget runs so high! We should replace the geeks with monkeys, ASAP! 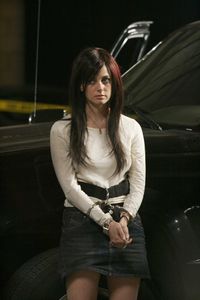 A picture from the only living photographer who ever saw Mandy.
JOURNALIST
Yeah, but until that happens we need to make sure the geeks are doing their job.

They head for the printing room and reach it in about 2 minutes. However, they take about one more minute to stop puking on all the dead bodies lying before them.[9]

JOURNALIST
Oh my God, who did this?
EDITOR
Monkeys...I told you we should have hired monkeys....

A sexy female assassin walks up behind them. From her rubber gloves and the sub-machine gun she's holding, it becomes pretty clear that she did all this.

The journalist and editor look behind them, and momentarily forget that they're in a room full of dead people.

JOURNALIST
Oh, hello there. Who are you and why did you do this?
ASSASSIN
My name is Mandy. And I'd just like to say that Rupert Murdoch sends his regards. (points gun at them.)
EDITOR
(decides to look at his watch for some reason)
Ooh, look! An hour's almost passed.[10]
JOURNALIST
Well, we're gonna need another 23 if we want to get out of this mess.
MANDY
23? LOT of creepy myths associated with that number.