From Uncyclopedia, the content-free encyclopedia
(Redirected from Numbers)
Jump to navigation Jump to search 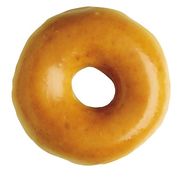 The history of simple numbers runs from hungry mongoloids counting sheep to warriors counting lost teeth to Arabian sultans counting their children. None of these counting systems included a zero as no one needed to count something they had none of. Invention of the zero propelled numbers from an already abstract concept to a radioactive intellectual hysteria. It is impossible to find one single object in your house that could have arrived where it is without the digit zero. Though this is strange – there are no zeros in the universe – so how did it get there? How?

Then suddenly there are creepy decimal places. Dangerous negative numbers. Violent abstract algebra. Imagine how difficult it would be to measure the radius of your coffee mug without the digit zero! Think about that when you wake up at five in the morning with three children screaming in their pee-soaked pajamas. 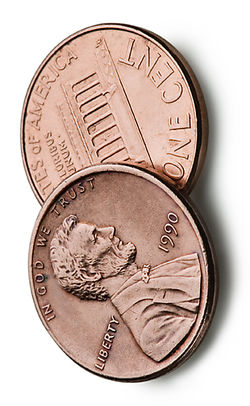 Numbers are becoming increasingly more complicated as binary code is now in our veins and Korean students are calculus masters by the age of seven. In two generations a Korean will estimate the circumference of the moon simply by looking at it. Koreans will travel to the moon by grabbing onto cosmic zeros as they propel through space at the speed of light. Americans will be left behind.

We have ten fingers and thus a tool to count to ten. Or ... with one hand, up to five. When a man loses one of his fingers he is disadvantaged in counting ability unless he employs his mind. Tribal people took decades before anyone thought about tallying a number on their fingers and centuries more before some bored dude counted numbers in his head without Sesame Street or coloured building blocks.

Tribes never counted people as the number was irrelevant. Their village did not consist of twenty tribesmen and tribeswomen but instead comprised of: Umnmbo, Wa-owa-owa-we, OOaaoowoo, (click)-wa-(click), mmmka, xtn?noo'aa, mne@t¬k'ñe?¡ etc. The number didn't matter as they knew each other so well. In fact, for them they were the only humans who existed.

When nomadic tribes began to herd sheep they started to keep a rough tab on the amount they had, so that in the evening they would know if one of their sheep had been mauled by a fox or a hungry pregnant woman or perhaps the depressed sheep walked away slowly into the sea. The breakthrough both in numbers and indeed Western civilization was when a shepherd decided to destroy his fellow shepherds' sheep or steal them all for himself. This was when counting became important. Both property and patriarchy were born at that very moment. The numbers were first called mine, mine-mine, mine-mine-mine, mine-mine-mine-mine etc. and eventually came to have names with somewhat more diverse sounds. (Modernity is inevitable once numbers take on human sounds.)

The slave who created the '0'

The written form of zero was invented when a Greek mathematician was asked by a slave how much money he would be given once he finished his servitude. The Greek immediately lashed the boy for speaking without asking permission. He then laughed and said nothing ... zero. He also decided to write it down on a piece of paper and nail it onto the slave's skull as a clear reminder. Happy for his creation he hugged his slave with joy. The two jumped up and down shouting eureka! The mathematician then took the slave by the hand and threw him in the dungeon for jumping up and down without permission. Within one generation the Parthenon, the Pyramids and gastrointestinal plumbing was invented. Then followed the census, house numbers and vote rigging.

Once money-lending became the vogue of the merchant class, one had to find a way to keep track of who owed whom what. Positive and negative numbers would do the trick; negatives were written with red ink made from the blood of the debtor. Most people were terrified of negative numbers and they were never mentioned outside of banks and Jewish households. Fractions allowed Greeks to calculate the exact time it would take to go island-hopping, allowed Romans to calculate the percentage of gladiator body not consumed by tigers and even helped nine people divide eight slices of pizza. 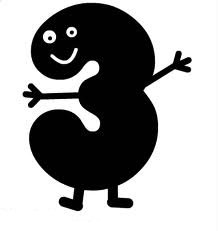 Weird counting systems that will disappear

The Chinese had their own counting system using abacai and bizarre decimal placements as complicated as their civil service. The Mayans counted using 20 as their alternative and attention-seeking base. They counted their ten fingers and their ten toes before adding a decimal place while counting the rolling heads bouncing down the steps of their lovely pyramids on warm and sunny days.

The future of numbers 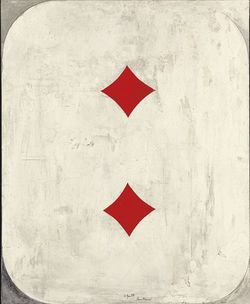 This is indicative of a number so to speak in the most inherently deconstructionist mode of dialectic intercontextuality. Ever.

For those without comedic tastes, the so-called experts at Wikipedia have an article about Number.

The next step after the zero, negative numbers, decimal places and binary code will probably be inventing nonexistent numbers. Nietzsche and Sartre both began treati [recte treatises] on that very topic but ... never mind. (Nonexistent numbers may or may not plug any of the holes in string theory.)

Timeline of the history of numbers

Around 100,000 B.C., numbers do not exist. In 5,0000 B.C., mere minutes after God provokes Cain into murdering his brother, Cain counts his newly acquired sheep. God is not pleased.

Around the time of the Mesopotamian, modern civilization is created, along with philosophy, art, and mass enslavement. Numbers do very well in this time, as each landowner tries to outdo the next with the highest quantity of indentured servants, reaping rice and barley in the autumn.

In 1952 A.D., the number pi is calculated to over 1,000,000,000,000 digits providing no applicable use to humanity though offering a modest 100,000 dollar prize. In 1965 A.D., nonexistent numbers are discovered by cigarette-smoking post-modernists who baffle the world with a three-hundred-page treatise on the issue that lacks any mention of mathematics or coherent arguments. By 2009 A.D., the greatest breakthrough in social mathematic hygiene brings the discovery of negative nonexistent numbers, keeping mathematicians in their offices and away from creeped-out ladies.

Featured Article  (read another featured article)
Featured version: 28 December 2013
This article has been featured on the front page. — You can nominate your favourite articles at Uncyclopedia:VFH.