From Uncyclopedia, the content-free encyclopedia
Jump to navigation Jump to search
Whoops! Maybe you were looking for Battery? 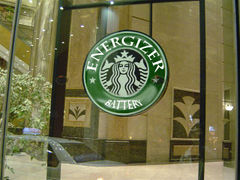 Batteries are places where one can purchase condiments necessary for the baking and cooking of objects, such as cakes, DirectX, or even specific brands of food. Batteries may be open in malls, casinos, or simply down a strip of stores. They carry a wide assortment of batter, flour, vanilla extract, and DLLs for use in DirectBaking.

Batteries were primarily privately owned until the early 1950s, when inventor James T. Kirk developed the process of the assembly line. The industrialization which followed converted olden day batter production by such people as the Amish to virtually cease overnight. Olden day batteries at home could no longer compete with the mass churn out of commericalized batting cages. As a result, however, worldwide cake consumption increased tenfold, assisting dietary needs everywhere, and increasing the number of weddings per person. The increase in cake production ease also increased the divorce rate proportionally, as it was no longer necessary to beat the wedding cake into shape by hand prior to the wedding.

Oh, and batteries are what your girlfriend frantically searches for at 2:00 am after you've fallen asleep. I'm sure that buzzing sound is just her electric razor.

Popular batteries include "Energizer", "Duracell", and "Spaghetti-Os". These batteries operate on a franchise basis, and can be seen across the country. A common complaint is that there are so many batteries, that it is impossible to walk across the street and not find a battery shop. Consumer aggression towards these stores have decreased their profits in recent years. However, even with the strong backlash, battery chain store opening has not decreased. The popular term "Batteries not included" sprung about as a result of the incredible commonality of the stores.