For those without comedic tastes, the self-proclaimed experts at Wikipedia think they have an article about Cooties. 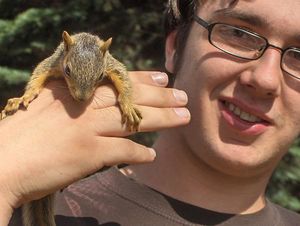 Fact: 99% of cooties are spead through casual human contact with the opposite gender.

“Over 3 million children are infected each year!”

“I am the Cootie Monster!”

~ Some drunk teen girl on Cooties

Cooties is a Sexually Transmitted Disease that is passed instantaneously when physical contact with an infected individual of the opposite sex occurs, attaching itself to your skin, the disease then spreads into your bloodstream. Symptoms include ridicule, exclusion from peers and scabby encrusted sores. There is no cure for the disease, but if you are infected it is strongly recommended to find a sharp piece of metal and hammering it into your skull before you infect your friends and family. Don’t treat people with cooties like lesser people, because they're not even people, they're scum.

NOTE: Cootie shots are only 69% effective. They are best used in conjunction with other forms of protection, such as chastity belts and muzzles. Also, there are allegations that these shots are propagated by the FBI for the purpose of mind control, as proven in an episode of Mythbusters.

Cooties in the female are produced in the breast. Women with large busts produce a higher amount of cootie bacteria in the bloodstream. These bacteria attach themselves to the red blood cells in the body, and are absorbed into the skin. Once the bacteria have been absorbed into the skin, they can be transferred to the opposite sex. Cooties can also be spread in the same way as STDs. Applicable prevention techniques *ahem* are outside the scope of this article.