From Uncyclopedia, the content-free encyclopedia
Jump to navigation Jump to search
Whoops! Maybe you were looking for Printer?

Printing is the process by which things are printed. Before German super-spy Johannes Gutenberg stole the secrets of movable type from the Gods of Mount Olympus, monks in itchy brown robes had to copy everything out by hand. Consequently, there wasn't really much to read. Just the Bible, pretty much, so if you were a Jew or a heathen you were pretty much out of luck for reading material. Also, you were probably burned at the stake. 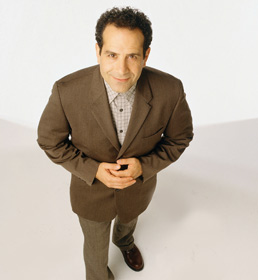 A monk. Before movable type was invented, these boring guys did all the work.

Before the invention of monk printing, the Chinese did all the printing with blocks of wood, but nobody could read it because it was all in Chinese. Obviously, that plan didn't work out too well. However, someone in the Dark Ages had the idea to use monks instead of Chinese people, and from then on most early printing was done by monks, who sat chained to their desks every day and ate scraps of the manuscripts they screwed up. The first books were big and heavy, and bound with the flesh of skinned animals. A thinner kind of skin, called parchment, was usually used for pages. Back in those days, the monks only made a handful of copies, compared to the millions made today, so you were pretty damn lucky if you had two or three books. Kids these days don't even like to read, those ungrateful bastards, they don't know how lucky they are that printing is so easy now.

Movable type was invented by Hephaestus in 1552, and completely revolutionized inter-deity communication. For a long time, mortals knew nothing about it, because, you know, the doings of gods are big secrets. Ever since the whole incident with Prometheus stealing the fire, which was supposed to be a top-secret project funded by the Government of Mount Olympus, gods have kept pretty hush-hush about their inventions.

However, luckily for the rest of the world, German super-spy Johannes Gutenberg managed to get the secrets of movable type from the Gods of Mount Olympus and secure a patent, which the gods had neglected to do. As far as any legal entity was concerned, he invented the technology, and not Hephaestus. Man, were the gods ever pissed about that one. Prometheus didn't even patent fire, so they could punish him, but Gutenberg got away scot free, the bastard. 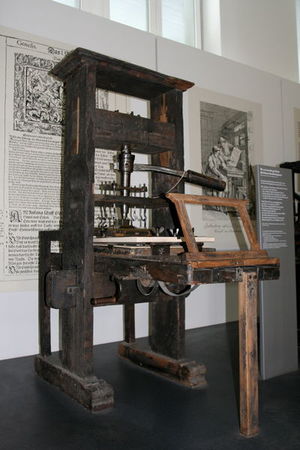 A modern printing press showcases the most advanced putting-words-on-paper technology.

Modern printing presses are used for pretty much the same things as monks, except they don't do all that boring chanting and they can print a lot more stuff in an hour, plus you don't have to keep them in some remote monastery out in the middle of nowhere.

Newspapers were an unusual invention, especially during the Great Depression when they were sold at train stations and on the streets of large cities by small, extremely dirty urchins in wool caps and generally gloomy-looking clothing. These newspaper-urchins invariably had either Cockney or New Jersey accents, no matter what country they were actually from. The call of the newspaper-urchin was a sharp, piercing extry-extry and lured unsuspecting passersby in to purchase a smaller, inferior edition of the newspaper, about a third of the size you'd find in a newsstand.

In modern times, newspaper-urchins have been replaced by small and frustrating machines that often eat your money and refuse to dispense their goods, thus earning the nickname Goddamn Fucking Useless Thing. Newsstands are still around, and now carry much more than such highly respected newspapers as the Weekly World News and the National Inquirer. They now include such semi-fictional entertainment papers as the New York Times and the Wall Street Journal, which is mostly a collection of bad jokes about money.