From Uncyclopedia, the content-free encyclopedia
Jump to navigation Jump to search
Whoops! Maybe you were looking for Rock Band (video game)? 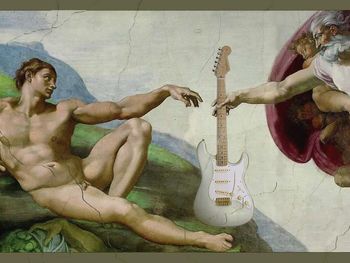 In the beginning God created the guitar.....

In the beginning, god created the guitar. The guitar made loud noise, and God saw that this was good. Although at the time nobody had amplifier or knew how to play such a contraption, so they gave it it up. It wasn't until the 1960's when Jesus was performing live again that people started seriously playing guitar again. However in 1970, Jesus overdosed on pills and died. This inspired one of the most reknowned guitarists to pick up the guitar: Yngwie Malmsteen. 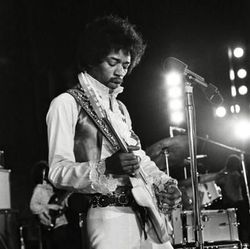 A truly Wyked band will fulfill its mission to this earth to bring crazy awesome music to the populace infusing their souls for a brief moment with some sort of...uhh... rock stuff. Generally bands work like stars, one will glow brightly for a while then supernova with a huge farewell concert, however sometimes they form tiny dwarf stars with their reunion concerts, but these are a shadow of the original. However they are generally replaced by a new star which will erupt more brightly than its predecessor. However, as time goes on many of these spacial masses of fissable material, aka stars, will take up drugs causing them to implode in a not so powerful end. This however can make people lament and rue the death of one of their idols and thus rebel. There is also a Guitar Hero knock off called Rock band

What Is A Rock Band?[edit]

A rock band is a group of teenage musicians who can't read music. In popular music, Rock Bands normally consist of three to five members. The members usually all play instruments, unless they're lazy like Robert Plant. The main key players in the band include the guitarist, the drummer, and the vocalist. Some bands include dual guitar players, bass guitarists and even pianists or keyboardists. When a band plays enough gigs that they start getting popular, a record label will offer them a contract and they will make songs.

Who Plays in a Rock Band?[edit]

For those without comedic tastes, the so-called experts at Wikipedia have an article about rock band.

Singer: The singer is universally regarded as the most interesting member of any rock band. In most modern rock, they are usually seen as the ONLY interesting member of any rock band. This is semi-justifiable, as most rock musicians today suck ass, but even if they don't, nobody gives a shit, because there's a singer. And they're singing. Seriously, go watch any music video from the past 5 years. Even if a guitar solo is happening, 90% of the camera time will be given to the singer dancing around. And this is despite the fact that they're NOT fucking musicians. This excess of attention works in the same way as crack cocaine, causing every singer to act crazier and crazier in a desperate attempt to gain admiration. Singers have the biggest egos of any person in a band. No, screw that. Singers have the the biggest egos of any person on the planet. Singers are the band member most likely to be a girl, in which case, she IS going to be the only one anyone gives a shit about. Don't believe me? Evanescence, Paramore, Flyleaf, TAT, etc. I rest my case.

Drummer: The drummer is a solid musician, who has worked hard to get to where he is and is often genuinely talented. So why is he so depressed? There are several reasons. For one, there are a LOT of drummer jokes, mostly about their stupidity. This is deserved. All drummers are stupid, all of them. Also, they sit waaaaaaaaay in the back during any show. Even if they're on a drum riser, they're still stuck back there. Another thing: a drum solo is universally accepted as nothing more than a break so that the other members can go get high backstage for 10 minutes. And finally, you can't write songs on a drum kit. You can on a guitar. You kind of can on a bass. But you do NOT do that on a drum kit!

Bassist: The bassist sits in the back with the drummer, where he belongs. Why does he belong there, you may ask. Because his job is to play the top 5 frets of his lowest two strings, for every song, for the rest of his life. Don't pull that shit and expect to be at the front, motherfucker! Some bassists feel the need to "break the mold" and do things like play on the higher strings, solo, and jump around on stage. Just fucking stop. Seriously. Everyone always cites Flea as an example of why bassists can get away with this behaviour. These people are wrong. Flea is THE example. It worked exactly once and will never happen again. Victor Wooten is a musical genius, and nobody gives a shit. Nor should they. Because he's a bassist.

Keyboard player: The keyboard player is less important than the bass player, and that's saying something. Occasionally, the singer may want to do a piano ballad to show off their emotional side, which the keyboard player will usually consider their "time to shine." They are wrong. It's the singer's time to shine. Nobody gives a shit about the one playing piano. Unless they're a girl. In that case, the level of giving-a-shit is directly proportional to the level of hotness. Apart from piano ballads, keyboard players spend most of their time coming up with crazy new sounds that nobody's ever heard, perfect for putting in the background where nobody can hear them. As a side note, a keyboard solo at any live concert is a guaranteed way to depress an entire audience.

Backup singer: There to stand behind the drummer and go "oooh" and "aaah" or sing along to the chorus. Nobody cares. A member of the band can also be a backup singer, which is a guaranteed 5% increase in camera time for music videos.

As many Wyked band members have come and gone, some have ascended to the status of idol among their worshippers. Generally this is frowned upon by Sweet Unholy Jesus, and he usually sends Yoko Ono, drugs,or various assassins to destroy these Idols or Idolic groups. This game is a parody to the Activision video game "Guitar hero".

A garage band hoping to be let out before its two week life time expires.

A rock band is a group designed to rock one's world, however, this is rarely achieved as 99.8% of all rock bands begin and end as a two week experiment in either someone's parent's garage or basement. During this two week session one can expect to hear: out of tune shrieks, arguing over who is the "creative drive"(as if they ever had one), or bickering over what "cool" band name to choose, "Either 'She likes Fabrick' or 'Old World Monkies' man!" "No dude, those both suck, we should be 'The Turdles'." Conversations like this generally end in some one feeling as though their "creative spirit" is crushed by their "Nazi Bandmates", so they go home. Then they are short a vocalist, drummer, guitarist, or whatever so every one else goes home. The other end for such a band is when they realize that they suck and get bored with spending so much time and money on a useless endeavor, so they go home. The garage or basement, also serves as a prison to hold in the worst of bands. The solid construction of many structures keeps the horror contained. However sometimes a band can break free either because they are extremely bad or extremely good. 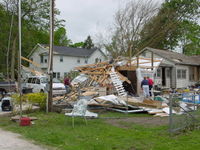 A crappy band name will generally be thought up on the spot, have no connection to the band, its origins, its music or its members. Crappy bands enjoy stroking eachothers shafts at night. It will generally feature a misspelling to show how rebellious they are and like how they are fighting the man with their underground music. If you have a garage or basement band don't make up crappy names, please its for the...um...well I was going to say children, but I guess, that doesn't apply too well so just do it to protect your art. Seriously. In fact having no name isn't a bad idea. Just call yourselves Band Name. Use that "Penis Horn".

The guitar is the most important instrument beyond all others when creating a rock band within the borders of the continental United States. Failure to include a guitar may lead to a fine of life interrogation, and delay of habeas corpus. placed on your band by the Federal Communications Commission or FCC. The guitar is the most important element of any rock group, more important than good lyrics, inspiration, uniqueness, or even a following of any sort. Thus, remember the story of the guitarless band, well no one really remembers, because they sucked so bad, so never mind don't remember, just try to imagine it never happened, because this has always worked in the past, especially for my alcoholism, (hic), (hic). 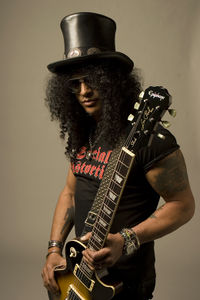