“Now I know the reason why they're eating wood in Passover.”

Passover is the official holiday for passive homosexual Jews, which are eventually every Jew except some Uncyclopedia users and Howard Stern. It was originally called "Passiver", but the passive passivists changed the I to O, for obvious reasons.

The holiday commemorates Einstien's discovery that yeast is for pussies.

The first official Passover took place in Egypt, where according to scientific findings, Moses parted something big, red and wet in two, using a big stick, in order to let the entire Egyptian army get swallowed in it. According to passivism (the passive tradition), it was the most passive act ever, and passives wherever they are must pass it on to the next generations of passives until the end of time. 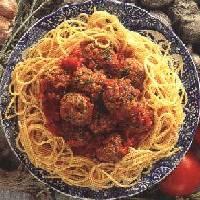 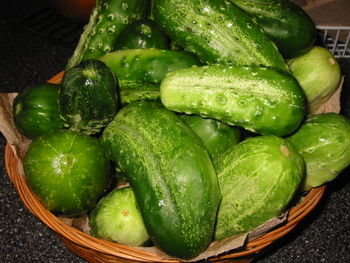 From the ritual Passover Seder Plate.

</noinclude> Moses, being one of the earliest known Jedi, drew his light saber in Nefertiti's presence, thus causing her to sentence him to an eternity of polishing the Sphinx's nuts—with his mouth. The Jews, at the time the sexy bastard cousins of Queen Nefertiti , were outlawed from Pyramid-building after a bold April Fool’s joke in which they replaced the mortar with a mixture of silly putty and crocodile semen. So by this time the Semites had gone from Ramses and Nefertiti's "Top Dawgs" to pretty much raped up the ass by a 5,000 foot obelisk.

"LOL!" said Joseph, "My technicolor thong has been stolen by my brothers who are jealous of the gifts my father has bestowed upon me. So they cast me into thy wilderness with nothing but this plain yet pleasingly supportive loincloth made of toilet paper and seaweed." Now Moses, formerly a member of J.O.C.K. S.T.R.A.P. (Jewish Occult Complaining Kibbutz Shit-Talking Rampantly About Pharaohs) attached a scroll to a pteradactyl which read, "Yo Joe, ma homeboy, meet me at the Sphinx's left testicle," Or in the words of the Ancient Hebrews, "Cha schmuley chhhhh schavahaCH CHayyyyim chaaa cha cha cha HACKKKHHH hack hack hack...O man this is one motherfucking hairball lodged in my trachea!" and sent it off flying down the Nile to Joseph's Naughty Nubian Nightclub.

Knowing what the future had in store for him, Moses tried to make his way out of Egypt, as he walked down the Nile, of course after he had slain 532 guards with his light saber and his massive cock, he came across his arch-nemesis, Jesusborg.

One of his many expressions, second only to being impaled on two large sticks.

"What's this I hear about Martin Luther saying you ate some of his babies?" Moses was shocked. "How do you know about that?" he asked. "I knew you'd leave the leftovers in Ramses' 3rd floor burial room minifridge," Jesusborg replied with a smug grin.

"Immaculately Conceived Son of A Bitch!" Moses exclaimed, knowing that he’d been caught in the act as he wiped fresh pink baby blood off his chin. He thought for a second, pointed to the sky and said, "LOOK, A CRIPPLE!"

"WHERE?!?!?!" Jesusborg exclaimed, but as he looked back down he realized that he had been tricked by Moses, who was now riding a hoverboard down the Nile, taking time to spear crocodiles with his undoubtedly large cock.

Jesusborg laughed. Moses's hoverboard was no match for his Jesusboard. "Hang ten!" He shouted as his massive feet splayed out into a rocket powered surfboard. "Try walking on THIS water bitch!!1!" Moses said, parting the river beneath Jesusborg's feet. "Shit!" Jesusborg exclaimed, “I forgot that the s3rv3r gave u that power when u b33t level 900 on CounterJew Source...fucking n00b.” But Jesusborg regained his natural balance of awesomeness and continued to chase after Moses on his Jesusboard, freshly detailed from the local body shop Papyrus, Fuzzy Dice, and Other Car Shit.

Just then, the Sphinx's mouth opened, to reveal Lord Voldemort who cast a spell on Moses with his calf-blood-and-reed wand causing Moses’s penis to shrink.

“AHHH DAMMIT,” said Moses, “How the fuck am I going to kill Jesusborg now?” But he stole Lord Voldemort’s wand, and cast level 2343422 Cock of the Infinitie on himself, and created an explosion large enough to cause the Apocalypse...hence ending Part One of the Jewish plight for freedom and paid vacations.

For those obsessed with , Wikipedia has an article about:
Passover.