The Jewish UK Independence Party (JewKIP) is a British political party which holds conservative, eurosceptic, populist and ultra-orthadox religious zionist views. Previously a faction within the United Kingdom Independence Party, the founding members of JewKIP - Wolfgang Stern, Ariel Zeevi, Uri Even - were expelled from the party in January 2006 after they suggested that the UKIP Manifesto should take a tougher line on homosexuality. Jewkip prominently supports the withdrawal of Britain from the European Union, the disestablishment of the Church of England and the adoption of the shekel as a shared currency between Britain and Israel. The current leader of JewKIP is Jeremiah Glass.

The National Front has accused Jewkip of being part of a Zionist conspiracy to take over the British government and replace it with a Jewish dictatorship. A Jewkip spokesman replied by contending that there was nothing conspiratorial about said plans, as they can be found inside the Jewkip manifesto or any other official publication. 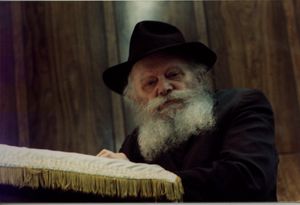 Towards the end of 1990s, none of the three mainstream British parties easily attracted conservative Jewish votes. The Conservative Party, although pro-Israel, served caviar and lobster at its party dinners. Tony Blair's Labour Party was seen as being too socially liberal, while the Liberal Democrats frequently spoke out against Israeli settlements in the West Bank. UKIP had almost no policies on Zionism (or anything for that matter), and so it became a natural haven for Jewish voters dissatisfied with the political mainstream.

However, the more orthodox Jewish members of the party were quickly disillusioned with UKIP. In particular, leader Nigel Farage's habit of spending party money on taking the all-male leadership council to strip clubs fortnightly was unpopular. Furthermore, leading conservative Jewish members were given little role in shaping the party policy. When Ariel Zeevi, as an official spokesman, condemned homosexuality during a televised conference on religion in modern British society, the entire membership of Gay Independence threatened to quit. As Gay Independence had more than ten times the number of members as the ultra-Zionist grouping, Zeevi and three associates were expelled from UKIP. They subsequently formed Jewkip, renting a building in Southampton to act as their temporary headquarters.

Jewkip, in common with UKIP, strongly supports British withdrawal from the European Union. Unlike UKIP, it is also publicly perceived as a Jewish Interest party, which intends to replace British democracy with a Halachic state. However, former Jewkip leader Ariel Zeevi has stated that Jewkip's fundamentally sound conservative economic and social policies should "appeal to prospective ger toshav too". For those who can read Hebrew, the party sells copies of its 2010 manifesto by mail order. As the Jewish National Party (JNP) will send you their manifesto for free, few have taken this step. If one is unsure of a certain policy of Jewkip, the best guess is that it is exactly the same as the JNP's policy on that issue, but in better Hebrew. 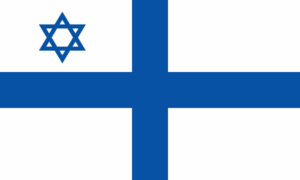 Jewkip believes that British citizenship should be open to all Jewish people, where Jewish is defined as having a Jewish mother, and following Jewish cultural practices with the greatest authenticity. Jewkip suggests that the gentile population of Britain (c. 98.8%) should be either convert to Judaism, be expelled, or be used as slave labour. Jewkip is opposed to the expulsion of the entire gentile population of Britain simply because it would be difficult to find anyone to do housework on the sabbath. Jewkip would also redesign the British flag and make Jerusalem the official national anthem.

Jewkip would scrap the pound and replace it with the Israeli Shekel. Jewkip is generally in favour of lower taxes, but suggests, to prevent Judaism remaining a minority religion in Britain, that gentiles should be taxed 15% of their income for each of their children. Jewkip would legalise slavery in line with the Torah, and use slave labour for large public works projects. These would include demolishing St. Paul's Cathedral and replacing it with a 300 metre tall Star of David. Jewkip would also make Britain a world leader in the Sabbath aids industry.

Jewkip would institute single-sex only education for faithful Jews, with all women being taught from the ages of 6-14 the skills needed to be a good wife, while boys studied at religious schools from the ages of 3-21. Hebrew, Theology and Economics would be the only subjects taught at university. Gentiles and the children of the profligate would be bared entry from all educational establishments.

Jewkip believes that Gentiles should not be allowed to hold elected office. They also promote the idea of having only one candidate per seat, because this would reduce the cost of elections and allow the sole legal political party to spend the money on a Torah Museum and foreign aid. Failing this, Jewkip supports the adoption of disproportional representation, and therefore is part of the For AV campaign.

Jewkip believes that Britain should try to foster closer relationships with Israel and New York. It would replace all formal embassies with rabbinical delegations, matzos salesmen and bankers. Jewkip would also re-evaluate Britain's role in the United Nations, suggesting that it takes over the United States' important role of vetoing all Israel related security council resolutions. Jewkip would offer the populations of any country suffering from poverty or hunger the right to a fast-track conversion to Judaism and a British passport.

Jewkip believes that the Torah should be the foundation of all law. Specifically, Jewkip would reinstitute the death penalty in Britain as a punishment for all crimes. Furthermore, Jewkip would de-legalize adultery, apostasy, working on the Sabbath (for Jews only), insulting ones parents and wearing two pieces of clothing woven of different cloth. All executions would be by stoning or beheading. All British precedent law would be scrapped, and replaced with a copy of the Ten Commandments. The centuries of accumulated paperwork would then be used to fire a power station in Scotland.

Jewkip would immediately suspend all research on astronomy, biology, mathematics, physics and sexology because all the information there ever is to know about these can be found in the Torah. Jewkip would, however, increase funding for economics research and found an institution with a primary aim of finding the chemical formula of the bagel. Jewkip would also sponsor a long-term study concerning the effect of circumcision on Gentiles, in order to assess whether it would be appropriate to restrict the practise to practising Jews.