Uncyclopedia apologises for the apparent informative nature of its content.

Southampton (Latin: "cesspit of hideously ugly tower blocks and even more hideously ugly ladyboys"), also known as Scumhampton and Yokeltown, is a small fishing village on the south coast of England. It is adjacent to the Isle of Dogs, which is strangely inhabited by dogs only, and several miles from the Metropolis of Portsmouth and not close at all to the Isle of Wight because of global warming about 5 years ago.

People from Southampton, who are also known as "Scum" due to the high dependency on inbreeding to keep the Southampton gene going, who mainly conceive with close relatives. They famously stole all of the UK's hot dog's which left Liverpudlians very angry. Southampton also boasts the highest number of paedophiles per capita in the UK.

Southampton is home to the Spitfire fighter plane, which was created to destroy the condemned town until Slough came into existence. It is also known for having the most densely populated homosexual community (discounting Brighton as its population will soon be non-existent because of too much bumming.)

Southampton was once shortlisted as a possible new capital city for England, but it's chances were hampered in 1965 when it officially became an Irish city. By 2005 every previous resident of Warsaw had listed their temporary address as Portswood, Southampton, leading to Southampton being declared de facto capital of Poland. It is currently the subject of a hostile takeover bid from the home counties, particularly Surrey. Many residents of Southampton dream of moving up-market to live in nearby Portsmouth; some even claim that, for someone born in Southampton, Portsmouth is actually Heaven .

Southampton is to be strictly avoided due to its bad reputation for prostitution, drug addicts and racists. Portsmouth would be a perfect city if it didn't have neighbouring Southampton. 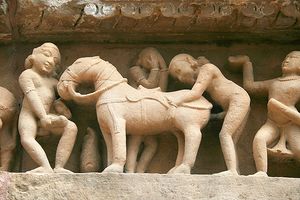 The village of Southampton can be traced back to 1066, when some of William the Conquerors soldiers accidentally landed there thinking it was Hastings. To this day French is spoken as the language of choice by some of the locals. The village was originally a cul-de-sac consisting of tower blocks constructed using mud, sticks, Beano comic books and manure from the nearby Pony farms. It was these very Pony farms that eventually attracted the attention of Sir Matthew Le Tissier and his band of roaming horse-molesters.

In the summer of 1580 Sir Matthew purchased both the land surrounding the village and all livestock within with the intention of creating a safe haven for all those whom had previously been persecuted for "unlawful sodomy against Equine specimens". The village grew overnight and celebrated the grand opening of it's first ASDA supermarket later that week. To obscure from outsiders' view the acts of Southampton's citizens a giant wall of gingerbread was built around the village. However disaster struck when the Lollipop Famine hit nearby Winchester, resulting in it's townsfolk attacking Southampton and eating most of the walls. Remains of the giant gingerbread wall can still be seen around Southampton today.

The village suffered further devastation following the battle of Waterlooville when Naval vessels returning to Portsmouth mistook the village of Southampton for a French Cheese factory and shelled it to the ground. Lord Admiral Popeye III wrote a letter of apology to Southampton's Mayor, Sir Nigel Quashie, asking for forgiveness. Sadly the city of Portsmouth, Royal Navy and 1st battalion Sea Scouts (who commenced the attack on Southampton using frozen aubergines) have never been forgiven and remain absent from Southampton's Christmas Card list to this very day.

The city has undergone many changes to its governance over the centuries. In 2010, the tax-payer-funded council came up with one their worst ideas ever. They proposed to send four laser beams from the Southampton Clock Tower, one to the North, one to the East, one to the West, and one more to the South, to destroy Portsmouth.

Many people disliked this idea, particularly the people in Portsmouth, who immediately realised that Southamptoners were jealous of their Spinnaker Tower. They came up with several ideas to block, reflect and otherwise stop the stupid beam of light from reaching as far as them.

They eventually settled on building a bus link at enormous expense (40p), and then realised they'd forgotten to buy any buses for it. 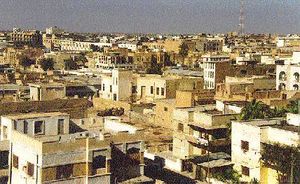 The geography of Southampton is influenced by the sea and open sewage pipes. Southampton has a small harbour where the famous fishing trawler Titanic sailed from in 1912, on it's ill fated Virgin trains voyage to Derby, where along the way it was sunk by Elaine Paige and Barbara Dickson. It is also where the Southampton football team sunk after being eaten by live 50m long sharks and they have not risen since.

The village is near the grand capital city of Hampshire, Eastleigh, recently voted the best place to live in Britain apart from Portsmouth. Eastleigh has swallowed up much of Southampton, and as a result suffers with frequent bouts of diarrhea. Much like the residents. 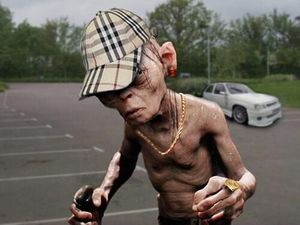 Research of the University of Southampton found that locals are actually genetically related to brillo pads and Rasputin and therefore are guilty of anything that goes wrong at the university, although this could just be bitterness on the part of the university students not being able to pull any of the local "birds" who refuse to fuck anything more diverse than a second cousin.

Like many other ex-docking cities, a large part of Southampton's workforce now sit around getting drunk and being Irish, aggrieved at the influx of Polish labour and the impact this has had on the sale of dodgy leather jackets and Guinness. Due to its large and generally ugly Polish community, Southampton is the home of British denim culture, quick restaurant service and Buck's Fizz.

A scummer is noticeable for its chavvy attire, repugnant odour and mispronunciation of vowel sounds (eg Like = Loike) and can often be found fucking his/her own mother. If one wishes to see a Scummer (as well as a pompous, self-righteous, microscopic-penised twat), one needs only to tune into the Jeremy Kyle show. The Scummer will desperately attempt to appear more intellectual by adopting what can only be described as a "posh, southern accent", however the general limitations of a Scummer's vocabulary renders such attempts futile.

Presuming that one or two Portsmouth citizens are able to leave the scent of fresh fish behind, they often make their way to the City of Southampton. Feeling the need to state the rivalry they walk around the city center shouting 'SCUM' at babies, small children and the disabled.

Once or twice a Portsmouth citizen, a 'skate' has been spotted on public transport, they are often thought to gain access to trains by repeatedly smashing their heads on the side of the vehicle and occasionally hitting the open button. Once on the train they scream at the thought of being able to move without walking and shit themselves repeatedly.

Southampton has developed a system to keep Portsmouth natives out of their city. Upon entry to the city, they are asked 'if a tree falls and no one is around to hear it, does it make a noise?' and if it is a 'skate' their head will indeed explode. if somehow their IQ is above their citywide average of 2, and they make it past the first stage they are often found lost and wandering the Southampton sub-urbs as there is no fishy scent to guide them to possible 'mates'.

The precise number of universities in Southampton is a hotly-debated topic. The most intelligent of the debaters say one - The University of Southampton, whose students are presumed to be living in exile in the village as they have disgraced Mummy and Daddy for failing to get into Oxford. Although there are lots of people with IQs (apostrophe removed by Southampton Uni's elite student(apostrophe added by Portsmouth Uni's Elite student)) below 50 who argue there are now two: The University Of Southampton, which holds a reputation for being pretty decent at teaching bricklaying (engineering); and the fictional university called "Southampton Dimstitute." Recently this trickery has increased, as the owners of teh Dimstitute have tried to make everyone call the place "Southampton Solent University" in order to charge dim people £9k/year for a 2 hrs a week media studies degree that allows the holder to work in any fast-food outlet of their choice.

There is also rumoured to be St Mary's College - the first college to come with a mother and toddler creche for the students. It offers a wide variety of vocations for the local ASBOsians from plumbing to assault. The average pass rate is two - for the entire lifespan of the college - and the average life expectancy is 16.3 years. Subjects are taught by a variety of middle-aged men, all of whom have burring Hampshire accents (so much so, that if more than two are present, the friction from the burring will actually cause fire) and none of whom actually have first names and, if they did, they'd all be called 'Andy' or 'Steve'.

Mushes (plural for the indigenous knuckle-dragging, feet-shuffling "mush" that populate the bulk of Millbrook/Redbridge/Totton) often find themselves educated at the local Totton ASDA, where they feel inclined to congregate like moths to a blinking neon 'Maccy D's' logo (the locality of which also conveniently serves as the cornerstone of the "Mush Diet"). Here, they take the cheaper alternative Walmart Degree's in Cider Drinking, Inbred Sex, Grand-theft-trolley, Red-Neck Fashion and General Hostilities. Most graduate with honors and find employment locally as whores and rent boys. God bless America/Southampton!

Southampton was a major UK port which had good transport links with the rest of the country. In 2003, a glue factory exploded, rendering the city almost impossible to get around. People were frequently late to appointments because on the way their feet had become sticky. Some of the glue can still be seen in the city centre if you look carefully.

Scumhampton airport was created to allow scummers leave the city for a better life and to get as far away as possible. After the first three days of opening the city of Southampton was left abandoned the only people left where the half donkey population of St Denys and the female Whores working around St Mary Stadium. On April 6th 2011 the airport was bombed and destroyed by a bunch of Libyans believed to be searching for Gaddafi.