From Uncyclopedia, the content-free encyclopedia
(Redirected from Elections)
Jump to navigation Jump to search 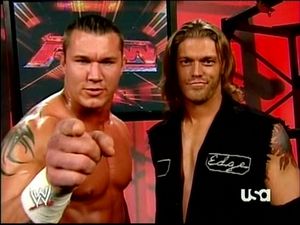 'YOU must vote' 2008 erection poster.
Whoops! Maybe you were looking for Erection?

“Yes, we have elections. Evely molning.”

“I love elections. In fact, I'm having one right now”

“sure he has great tax cutting plans but my penis would completely dwarf his penis.”

An erection or rather useless election, is a democratic procedure, in which people choose soulless cash whores who they feel will bullshit them best. After the polls close, the people finally discover who they feel is the best corrupt bullshitter. This bullshitter assumes their erected position, representing the wealthy and corrupt until the next useless erection comes along.

Prior to an erection, the soulless cash whores participate in campaigns, in order to gain support of their constituent commoners. They attempt to prove their qualifications as soulless cash whores by attempting to obtain as many photographs reading books to child negroids, and reiterate the fact that homos are bad (or okay at best), as much as possible.

In 2008-9, the notable erection to world domination is the American Presidential Race

During this time, the cash whores gather the money from their corporate overlords, for whom they will make decisions as elected officials. Many who oppose the cash whores still help elect them, because taking small steps for positive change must involve reinforcing corruption, and the cash whores are just so good at what they do. In political debates, politicians say effective, clever things about one another like "Liar Liar Pants on Fire!"

Within months of erection victory, the soulless cash whore assumes their erected position. In many cases, they go far above and beyond their call of erected duty. They are given a period of years to fulfill their obligations to their wealthy overlords, and if they are unsatisfactory, during the next erection the people can replace them with an even better societal succubus demon.

On November 22 1963, Lyndon Johnson was elected President of the United States in Daley Plaza, Dallas, Texas. Controversy remains over the details of this election. Officially, only 3 votes were cast, but eye witnesses recall 4 to 6 votes. Did Lee Harvey Oswald vote alone, or were there one or more additional voters? Most famously, the so called "Magic Ballot" allegedly nominated John F. Kennedy twice, paused and changed directions in mid air, then nominated Texas Governor John Connolly five times, while emerging intact and unmarked. Everyone in the world thinks this is perfectly reasonable, except for wacky conspiracy nuts.

The United States 2000 Presidential erection is the most notable in modern history. It was a tight race between Tweedledumb and Tweedledumber. It is a shining example of erections in action!

Sen. Sean "P. Diddy" Combs (R-WI) launched a controversial campaign during the 2000 Presidential Campaign, promising to add an amendment to the Constitution where anyone failing to vote for Bush would be given the death penalty. Surprisingly for a politician, he failed to keep his promises; angering the white middle-class demographic responsible for most of his music sales. His country music career has taken a nosedive since.

In September of 2008, the Kraft-Belger Act was passed to ban voters that voted for George W. Bush in both the 2000 and 2004 erection from voting again in the 2008 election. Voters for the current President were deemed mentally insane and the act bans them for one erection period.

While this erection only offered the option of voting for a tyrant, or choosing "no" and getting tortured and shot, it is praised by critics of the erectoral process in the United States, as it offered more diversity in ideology and options than do most American erections.

Well, election has pretty much nothing in common with erection. However, you're a dumbfuck, so you probably wanted to visit the erection article? L2spell!