For those without comedic tastes, the self-proclaimed experts at Wikipedia have an article about Self-hating Jew.

Self-hating Jew is an epithet used about (and mainly by) Jews, which suggests a hatred of one's Jewish identity and/or ancestry. The term is generally considered equivalent to "Uncle Tom" in the Black community, or "Uncle Owen" in the Star Wars fan community. In the USA and UK, this term is used to accuse Jews of hiding from, or being ashamed of, their religion. 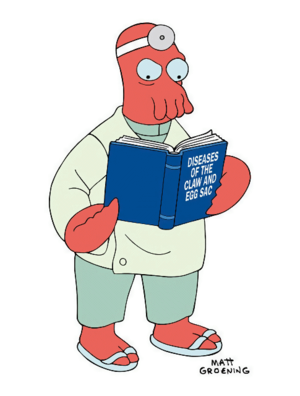 A self-portrait of a self-hating cartoonist. 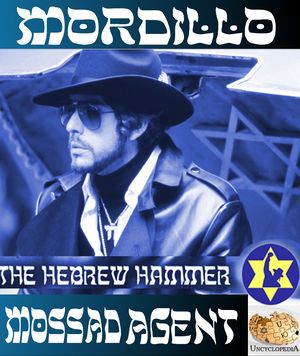 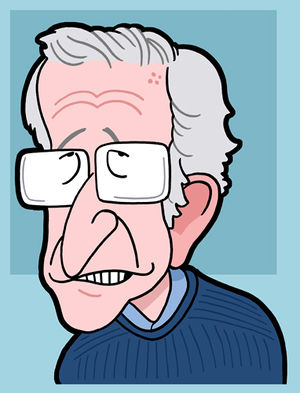 Self-hater Noam Chomsky taken at MIT campus. Amid his treacherous activities, he has just found out that an elite Mossad squad has been sent out to execute him by drowning him in hummus.

Self-hating Jewry goes back to the time of Judas, who worked against the interests of the then-King of the Jews, as today's self-hating Jews work against Olmert's interests. In the words of Rabbi Jackie Mason, "What profiteth a man if he lose his soul? 30 pieces of silver, that's no bargain, if you ask me. Any self-respecting Jew could have gotten 60, maybe 70. This man, he is no Jew."

In the 15th Century, after reconquering Spain, King Francisco Franco and his wife Isabella Rosellini turned their attention to heretics, Muslims, and Jews living in their land. This ultimately led to the Spanish Inquisiton (which nobody ever expected).

Many fled to Portugal, where King Oaoao (pronounced "John") welcomed the Jews and their Jew gold with open arms and free toasters for opening a new account. However, the Spanish soon began pressuring Portugal to begin a franchise Inquisition. Many Portuguese objected to this cultural imperialism, but both major parties at the time were convinced of the virtues of Free Trade, and after the campaign of Roao Peroao foundered, Portugal signed the IFTA agreement with Spain.

Seeing the winds blowing against them, many Jews moved to the Netherlands and became Danish, but others stayed and converted to Catholicism, being named "conversos," Portuguese for "people we talk about behind their back."

Jewish-American politician Joe Lieberman attempts to assimilate into Connectthedots waspdom with this enthusiastic German salute. Heil Clinton! Not to be confused with Avocado Lieberman, the self-confusing jew

In the 20th century, self-hating Jews became more common. With the rise of racial mixing, virulent anti-semitism, and movie comedies about golf, this was perhaps inevitable. This culminated in the Holocaust presumed by some (though let's be honest, not many) to have been a mass-suicide by self-hating Jews.

Prominent self-hating Jews in the past century include Dan Burros, a former Ku Klux Klan Grand Dragon, Adolf Hitler, the Führer of Nazi Germany, and Adam Sandler, a man who has sometimes made light of the sacred traditions of Hannukah. 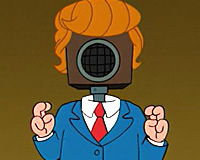 A self-portrait of David JeserMatt Silverstein, who is concerned that the Jews control Hollywood.

... the internalization of negative stereotypes. The person who is labeled as different and can't get no respect, no respect at all, he wants to find out why she fits the stereotype, or to prove that he/she does not, I tell ya. But the more one attempts to identify with societal definitions in order to fit in, the more one accepts the attitudes of the determining group, and comes to feel that he/she doesn't deserve no respect, no respect at all, I tell ya. Like my wife, oh I tell ya, she...

Self-hating Jews attempt to assilimate into the mainstream society of their adopted lands, giving up traditionally Jewish beliefs and habits out of feelings of inferiority, for example the joyous festival of the hunting of the A-rab, practiced in Israel approximately once every five minutes.

For example, during the oppression and anti-semitism of the 20th Century, many Jews went to extraordinary lengths to assimilate into Christian homelands, often going so far as to shave off their horns and cease the sacred tradition of eating Christian babies.

On the other hand, many Jews in Israel have abandoned the traditional Jewish concepts of social consciousness and universal brotherhood to better fit in with the prevailing Ideals 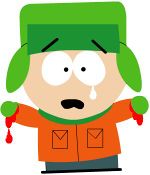 Many prominent liberal Jews who have been charged with self-hatred or anti-Semitism are quick to dispute the charges.

Professor Bruce Jackson claims that the term is simply used to avoid engaging with opposing political arguments: "You disagree with my politics, therefore you are a self-hating Jew." Professor Israel Shahak points out, "That is a Nazi expression. The Nazis called Germans who defended Jewish rights self-hating Germans." Dr Shimon Szszszszsz of Warsaw Institute of Basketweaving has defended himself against charges of self-hatred after being accused by Harvard "scholar" Alan Douchewitz of "looking at Israel funny". Professor Carter Witherspoon-Smythe-Wilkinson IV (born Schlomo Silverberg) suggests, "I say! I'll have you know, I'm not some filthy kike! You retract that accusation or I'll sic the hounds on you!"