Check If You Are The Polackophob!

Our center is governed by Polish immigrants in your country. You won't believe that thousands of us are there! The test is really simple because we, the Poles, know that <insert Your nation name here> are generally not educated as your education system is failing (that's why we need to come to Your country and take up your jobs and help Your falling country to stay afloat the waters of the global economy).

1. Poland is placed in...
A) Central Europe
B) Asia
C) Eastern Europe


2. The country responsible for starting the II World War was...
A) Germany
B) Israel
C) Poland


3. The most ruined country during the II World War was...
A) Poland
B) Zimbabwe
C) Germany


4. The level of Poland's importance in the contemporary world is...
A) Reasonable
B) Mediocre
C) Nobody cares about Poland


5. The first word that comes to your mind after hearing Poland is...
A) Vodka
B) Really nothing
C) Thievery


6. You think that the most beautiful women in the world live in...
A) Poland
B) England or United States
C) The Czech Republic, Russia, Ukraine or some Asian country.


9. If you have to speak to a Pole in English language, you...
A) ...speak on the level of the Pole.
B) ...speak as usually but you omit some slang words.
C) ...speak slang and laugh at the Pole that only 6% of the Poles actually speak English.


10. If your car was stolen, you...
A) ...call the police.
B) ...buy the new car; you don't call the police because you know that they wouldn't find it.
C) ...you travel to Poland and you check all the biggest car auctions there. When you find your car, you buy it back from the Polack.


11. Your daughter was raped by unidentified guy. You...
A) ...call the police.
B) ...call the police and you ask them that you want to cut off rapist's balls.
C) ...visit nearby house inhabited by the Polish immigrants and you kill male Pole aged 18-44; then you are arrested for murder and the guy who raped your daughter was actually this Slovak living thre houses further.


12. The first famous Pole that comes to your mind is...
A) John Paul II or Lech Wałęsa
B) I don't know any famous Pole
C) Unabomber Kaczynski


14. Which alphabet is used by the Polish language?
A) Latin alphabet with some diacritic letters
B) Cyryllic alphabet
C) Poles can't write


15. If you hear Polish guy speaking Polish language you hear...
A) My hobby is learning Polish so I think I could understand him at least partially.
B) I hear rustling
C) I hear tracksuit wiped on the gravel; and my ears are bleeding.


16. Who is right in the Polish-German conflict about left German grounds in Poland that German people want to get back and courts are giving them back evicting Polish families of their houses where they've been living for decades!
A) Poland is right! Germans are retarded!
B) Who the hell cares!?
C) Germans are obviously right! Who the hell cares that they attacked Poland in 1939? If they left their grounds in Poland they should get them back!


18. The head of Polish country is...
A) President
B) King
C) Priest Tadeusz Rydzyk


19. If you think about typical Pole, you think he works as...
A) An office worker or a builder
B) A plumber or a priest
C) A cleaner or a janitor 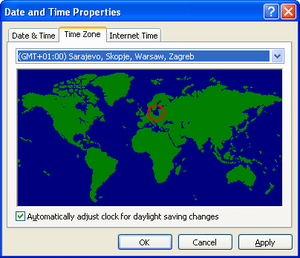 So you think we shouldn't exist!? We're gonna rape you and kill your family!

21. If you could choose which nation should be banned to arrive to your country, you would choose...
A) Germans or Russians
B) Mexicans
C) Poles


22. If you could decide to remove an existence of particular nation, you would remove...
A) Germans, Jews or Russians
B) English, American or French people
C) Polish people

Great! You got through the whole test! We're so proud of you! Are you sure you answered all the questions? Still sure? OK, great! Now you can check your score! You may even leave your score on our scoreboard!