Mel Gibson's The Lion King [1] is widely considered a holoclassic.

Holocaust film is a genre of film in which the emphasis is on creating a cinematic Holocaust. One of the most appreciated genres in film, some of the most Academy-Awarded movies ever were holocausts. The genre's greatest influence is Charlie Chaplin's The Great Dictator, which itself isn't considered a holocaust since Chaplin wasn't aware of the horrors while directing it (and was also only starting to learn how to talk at the time). Today, holocausts are becoming more and more common. Some neo-holocaustians have claimed that the only way for a comedy to win an Oscar these days is to either be a holocaust or a Canadian French with terminal cancer. [2]

These two films are not considered holocaust films, despite Demi Moore's attempt to resemble a swastika.

Holocaust films are often confused with films which revolve around the actual Holocaust, such as Ed Wood's Plan 9 from Outer Space, which satirized the especially bad effects the Holocaust had; John Travolta's Fountainhead Earth, which parodied the sophisticated recruitment tactics used during the Holocaust; Halle Berry's Catwoman, which was a commentary on the world being a total pussy and allowing the Holocaust to happen; Arnold Schwarzenegger's Batman and Robin, which featured an Austrian politician who gets elected in California and freezes it over; and Ben Affleck and Jennifer Lopez's Gigli, which demonstrated just how gigli the Holocaust really was. Unlike those films, holocaust films almost never make a commentary about the Holocaust itself, but rather deal with totally unrelated issues such as child abuse or spaghetti.

There are several types of holocaust films, as they usually combine several additional genres in order to be able to receive as much respect as possible. This makes holocaust films even more difficult to recognize. For example, Mel Brooks's The Producers is actually a documentary about making holocaust films, while his Dracula is considered much more holocaustic in nature.

Most holocaust films use relatively good German; Some use better German than others, as some of them are actual German or Austrian films. The good German is necessary for the credibility of the film, since it's known that the Nazis used to brag a lot about killing lots of Jews. Tom Cruise even had to actually learn how to spell Valkyrie in German. Schindler's List is widely considered to use the best German ever, including the use of "Oskar" instead of "Oscar" in the film's poster. Life Is Beautiful had only average German, as the Jew's German in the film was too insane to save the Jew from death. Some critics criticize the holocaust genre for using only the good German and almost never bad German. Although it is obvious that most movies would like to remain as authentic as possible, some claim that using only good German makes people think all Germans had good speech, although the only person who had good speeches in Germany at the time was actually Austrian. Films with less quality of German often use bad Hebrew grammas at the expense of good German grammas, thus making the audience feel less bad about those poor Hebrew grammas. 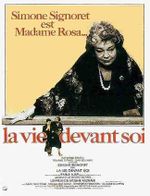 Madame Rosa (1977), featuring an ex-whore Auschwitz survivor, was the first film to use the bad Hebrew gramma technique.

Holocaustizations of great events and great novels began to appear in significant numbers during the era of Thursday, May 16, 1929. [4] Until then, the genre consisted mostly of Bee movies, also known as holocausploitation films.

Between 1956 and 2008, some Academy Award-winning foreign films including The Shop on Main Street, The Garden of the Finzi Continis, Madame Rosa, Mephisto, Nowhere in Africa and The Counterfeiters were considered by many Americans (who confused them with Albanian interpretationalist films) as being holocaust films. Yet in reality these films didn't fulfill the Academy's most important criterion to be considered holocaust films - they didn't cause a cinematic Holocaust. The reason is that none of the winning films during that era were Japanese, Korean or Iranian, and thus couldn't cause any danger to the Academy's popularity if they were to be awarded an Oscar.

Part of the Golden Age of Holocaust film, Der Riddër (2009) featured an excellent German gramma, achieved by the proper use of umlauts in the movie's title.

With the introduction of 3D animation, the first feature length 3D holocaust film, Transformers, [5] was released. Another Michael Bay arbeit, The Rock [6] (not to be confused with the popular actor and holocaust figure) is now highly regarded as the worst holocaust film of all time. No other Michael Bay movie has ever got certified "fresh" at Rotten Tomatoes. Not being fresh with the holocaust is one of the most basic rules of the genre, since it might interrupt the audience's concentration.

Today, about 89.76% of all holocaust films produced each year win at least one Academy Award. The Academy is very proud of its tradition to award only holocausts such as the 2004 epic disaster Crash, [7] while totally ignoring David Cronenberg's film of the same name.

In 2009, Kate Winslet received her first Academy Award for her roll in Der Riddër, "A feel-good holodrama about a woman who once got rid of a lot of Jews but still has a lot of demons to get rid of". [8] This Boy movie is considered a tribute to Ed Wood's Bi movie Glen and Glenda, and to Japanese horrorcaust crassic Ichi the Kirrel.

For those without comedic tastes, the self-proclaimed experts at Wikipedia have an article very remotely related to Holocaust film.