From Uncyclopedia, the content-free encyclopedia
(Redirected from Golden Age)
Jump to navigation Jump to search

A Golden Age is a period of time that took place fifty years ago (or more), in which historians - and by "historians" we mean "old people" - unanimously agree that every quantifiable facet of life was immeasurably better. This is curious, because actual historical records do not corroborate these findings, but old people consistently maintain that life was better with lead in the gasoline, cadmium in the paint and asbestos in everything else. 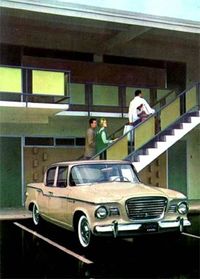 This is a Studebaker, designed and constructed during a period of history in which automotive safety was based entirely around Newton's Second Law of Motion - the way it's supposed to be.

Those surveyed cannot believe what the world has come to these days. Why, in their day, coffee was five cents a cup, gasoline was twenty-five cents a gallon and men did work - good, honest, backbreaking, non-OSHA-certified work - that paid 2 cents an hour.

Yes, those were the days, when cars were all metal and the grass was all plastic. Those surveyed indicated that a casual weekend at home involved a game of catch with the kids, some gardening for the missus, Cavalcade of Stars in low-def black and white, 30 to 70 cigarettes and 1 to 2 gallons of scotch.

Interestingly, many subjects paradoxically indicate that life was actually more difficult, and it has been repeatedly asserted that one had to walk three miles in the snow, uphill both ways, in order to use the lavatory, get to school or rent a prostitute. Subjects invariably dozed off before these discrepancies could be resolved. 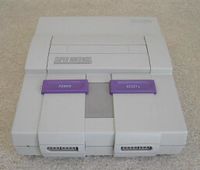 Damn kids today don't know nothing about proper living, report 71% of those surveyed. Little bastards sit inside all day with their Nintendos and never go outside to a busy city street to play a fun game of stickball in the middle of multi-ton automobiles with drum brakes. The nerve! Bet they never play with a hoop on a stick either, do they?