From Uncyclopedia, the content-free encyclopedia
(Redirected from Guys)
Jump to navigation Jump to search

Whoops! Maybe you were looking for The Man?

“Fuck her right in the pussy! ” 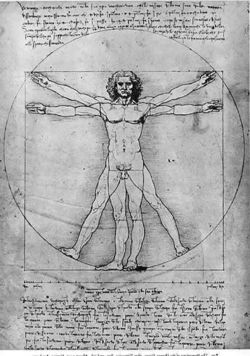 “We don't change our socks. We are men. That's natural for us.”

In the beginning God created women, and he created beer. Woman and her companions governed the land, but God decided that too many resources were being spent on unproductive things, and that not enough progress was being made. Thus, Man was created to restore order and peace through the execution of orderly, peaceful actions. Men differ from women in that their brain is positioned differently, they have an extra appendage that may or may not play a role in reproduction, and they have magic hair that is socially acceptable to grow on their face, underarms, chest and leg regions, but the magic wears off once they reach a certain age.

Contrary to popular belief, not all men are created equal. There are a lot of fake men out there, but it's usually pretty easy to tell the difference between real and fake men. Real men drink beer. Gays and other fake men drink that fruity European shit.

Whilst "science" supposedly demonstrates that man has evolved from apes over millions of years, this theory is considered by some to be hogwash. I mean, you only have to look at an ape to know that this is ridiculous. Apes can't talk and they can't drive cars, nor can they speak English. In fact, man was created by a supernatural being from common clay. This is a much more credible claim, as is proven by the fact that millions of people in America and the Middle East believe it. Yeah, bitch, where is your Richard Dawkins now?

Man rose to be the dominant creature on the planet Earth mostly by hunting iPhones and eating them. And by building and wearing clothes. Man also invented other things to help him dominate the Earth, such as the electric light (to see in the dark); the car (to take him all over the world); the train (to carry the heavy load - monoliths, for instance) and the bullet (for the war, which comes when he meets other men who compete with him for resources or have a strongly-opposing ideology). Men achieved these feats with their faculties of unparallell logic. When faced with problems they will either 'get hormonal' (not really 'hormonal', as testosterone is involved) and obliterate the problem; or use the yet-more powerful logic. Women rely on intuition, empathy, and social skills; but when did that ever get you anywhere but screwed? Men will clear up most interpersonal misunderstandings with a Philips screwdriver, some rope, a Texas Instruments calculator, binary code for the moron opposite you who can't read your lips, and an ego larger than life itself because they don't know where first to begin but they'll do whatever the hell they think is what "men do." The infallibility of this method was proven ontologically in Descartes' Seventh Meditation. Descartes was for the record one of the first rationalists. In other words they suck.

Human males have the largest penis in proportion to body size than any other primate species. So what do men like? Women. Well, most of them like women but there are some who like other men, these men are known as "superior males" who think for themselves and don't have children to weigh them down and lower the sex from dayly to monthly. There are still other men who prefer the company of little boys, these men are known as "Pedos".

Occasionally men are caught sinning and are brought to places called "jails" and they engage in the activity of "not dropping the soap". If a man drops the soap, a big burly creature who is always named "Bubba", will come up from behind and pleasure himself with the soap-dropper's anus.

Nice young men, out on a sunny day, undoubtedly discussing how best to help fund a youth baseball league

The dapper man of today must always think to himself, what is the modern way of life? What are we to do with our brillcreme, yogurt tins, and the calculus? We may have studied well and in school earned very high marks. But what does it lead to, pray tell? What more is there to life than simply making money and getting good grades? What about the state of the nation, the sagging economy, the downtrodden looks on the faces of our clowns and entertainers?

The nice young men can take care of this. They stand for 'good values, wholesomeness, a can-do attitude, and they love their mothers so very much (and their wives!!)'. And with this great love comes the responsibility of supporting them. Some men settle with just loving their wives, but a most men live to cater to a woman's every whim. Indeed, these fine young men are the future of the nation, and if they learn properly the values that will stand them in good stead in the eyes of their fellows, and the lord our savior Jesus Christ as well, can really make a go of it in life. They won't be the sad and loser types. They are up an at 'em, go getter, wonderful, young men. Although in the past women were used as something amounting to slaves, they had no right and no will this therefore should be carried on in tradition but sadly women have manned up to take advantage of mans very few weaknesses and are taking over the world.

The intelligence of a Man can be worked out using the following formula:

This formula highlights the fact that the average man is potentially (however unlikely this prospect may seem) smarter than the average woman, depending on his beer drinking or pie eating capabilities. Depending on his access to said beer and pie, he is also potentially incredibly overweight, not unlike your mom.

Because girls (and some gay guys) can't understand them here's a brief overview of the terminology used by males: