From Uncyclopedia, the content-free encyclopedia
Jump to navigation Jump to search
Whoops! Maybe you were looking for paedophile?
“Oh, it's just dum spelled backwards but really its spelt dumb. ;)”

~ Bill Gates on the solid component of MUD

“Today we are going to get the dirt on dirt.”

“One time I hit a deer with my car, and when I got home I found mud in my underpants.”

Look up Mud in Undictionary, the twisted dictionary 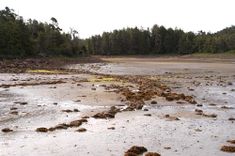 A different type of mud.

A MUD, or multiple user dungeon/defence is a place where multiple users (frequently nerds or furries) converge as their last line of defence. Often obscure and well protected, their foundations have been built to keep out the rest of the world, so as to let them plan their plans of world domination. Occasionally their secret lair are infiltrated by spies, predators, and innocent children, but even this eventuality is planned for, with the dungeon master wielding the "Hand of God" (an ancient artifact sought by many, as only 2 exists, each claimed by the nerds or furries respectively). However, they are rarely used, for torture devices are much more fun.

Here is a compiled list of those whom you will encounter

PLEASE NOTE!!!: The Majority of Helpless Romantics hail from North Carolina, must be something in the ocean water.

In real life, these players don't ever have sex, mostly because everyone who could have sex with them in real life already has, which is why they have to find internet romance. If the player is female they have had sex with over 20 guys that they still talk to daily. She may have 5-10 male players phone numbers on speed dial on her telephone. Her relationships consist mostly of older men, again not for a long time as everyone knows to avoid her in real life. Her relationships started at 13 when she was fucking 20 year old men, she still swears not to be a slut, regardless of how she may date 3 guys from the game (considering only 15 people play) within a months time. She is also a drama queen.

If a male, he typically how low self esteem, gets picked on a lot, even tho he is 20, and typically falls for a girl around the age of 14, initially he is lied to by the girl who says she is 18, but the helpless romantic is so "in love" at this point, that he throws the age of consent laws right out the window. He gets his ass kicked a lot.

These dignify players who have achieved some of the highest accomplishments in the game. Whether it be max level, rare items, or special skills. They generally are not on much, and create a smaller alternative character, which then falls into the category of one of the other types of mudder. These players spend double digit hours daily playing and usually don't talk to very many people.

are hated by all their peers and have seldom friends that stick around very long, they typically drink lots of soda and fritos and make strait C's in school; or

Are middle aged unmarried rather bitter about life with a mid class job.

PLEASE NOTE!!: Most Righteous Defenders hail from the midwest, as it is the only place that is behind enough to not catch on to what the Helpless Romantic is really doing.

This player is signaled by there repetitive reputation of "Standing-up" or "Defending" The Helpless Romantic They are typically new to the game, and are unaware of the past history of said helpless romantic in the game, generally they are starting a budding internet romance with the helpless romantic. They generally are Hilary Clinton supporters, who talk like they understand women's rights. Nine times out of ten they delete from the game because The Helpless Romantic made them look stupid in front of 20 or so fake internet people. They return one the helpless romantic has found a new righteous defender and then falls into one of the different categories

In real life these players are typically 13 and lack the social skills to communicate with a female fluently. Righteous Defenders are typically always male, since females in muds have no soul and are primarily concerned with fucking an older guy and calling it ROLEPLAY or

He is just naive, plain and simple, thought he was honestly the only one who saw her naked pictures or "titty shots" and generally is incurably insane after the helpless romantic gets a hold of him, he spends a lot of time playing games that actually contain pictures or no games. The Righteous Defenders that fall into this category typically needed a helpless romantic to kick them in the face to get their life back on track, as you had to be a complete fucking loser to date someone from a mud, especially the mud bicycle.

Long before your time, in a galaxy far far away, the first university was built in the middle of nowhere. Under the guise of "higher learning" they received funds from the rest of the world to create what they promised to be an utopia. However their real objective is much more sinister. In order to hide this, they secretly built an underground cave network where only the Chosen Ones can enter, to plan their next moves.

At about 0 AD, news was circulated about an all-powerful artifact which can, among other uses, instantly remove freedom, privacy, sanity, physical existence, or complete your christmas shopping in 10 seconds flat. Naturally this was highly converted by the Chosen Ones, in fact, overly so. Not much is known due to the Flame Wars, which inevitably led to many history books being burned down, but what is known is that the Chosen Ones separated into 2 factions (the nerds and the furries), each with their own dungeons. The artifact was split into many parts, severely diminishing it's power: The two arms were obtained by the two factions respectively, while the rest are either lost or obtained by some other secret group. (news of random events of loss of freedom, privacy, sanity, or existance would be appreciated.)

MUDs can only be safely entered when you have both the goodwill of the head of each faction (Al "Master Chef" Gore, or George "Monkey" Bush, and a shovel to dig your way to the networks. However, there is no time for peace as both are constantly trying to obtain the rightful ownership of the "Hand of God"s, the underground network, the peons, the land title of the university, the licence to kill, the right to pwn your *censored*, and your mom. This ongoing war have been chronicled (abeit slightly edited to protect innocent parties) in the blockbuster movie Red vs. Blue.

When Muds entered mainstream, upwards to 10's of 50's of people logging in daily, it's to no ones surprise that it has heavily impacted the sexuality of said dedicated minions. Until MUDs had entered the nerd crowd, it was frowned upon and even downright discouraged for men(or women) over the legal age of 18 to engage in sexual or intimate encounters with girls (or boys) under said legal age. Luckily for the poor, humiliated, often discriminated against perverts, they now had a place to call home.

Sites such as [www.Dragonstone.org] and other similar games (MUDs) have allowed this perverts an opportunity to commerce with one another, share stories, and even share their sensual pre-pubescent elven princess. These men gather together and throw together all their "In-game" currency and offer it to the under aged girls in exchange for "Cyber sex' or perhaps a well typed out strip tease in exchange for an item of value, again "In game" value.

A recent plan was initiated towards games such as [www.dragonstone.org] by The National Center for Missing and Exploited Children, the plan was later deserted and the president gave this statement

These games are pushing us closer and closer to a NAMBLA reigning world.

UPDATE: Laudo has now made it a NAMBLA population. UPDATE: www.dragonstone.org, in an attempt to stop the flooding of angry people, has risen its age of mudsex consent to 12.

In addition to MUDs, this fortification is also known as:

Tom O'Neill, in Rotherham, England, bought all the mud ever made because. One day he ate the mud ever made, and he became Mud-Tom, a clever analgam of Tom and Mud. He competes his secret tasks at night as Mud-Tom. His best super friends are Charlie Murphy, and Tom Jones. He has been known to tag-team on occasion with Shirley Bassey. His super friend Jack, also goes under the name of Jack-Off, because he likes to take off his clothes.

There is actully a profession in mud? Its known as a mudripper.