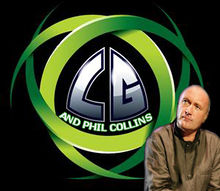 Formed in 1823 by Lord Carlton, Horwich R.M.I consisted of 11 Serfs who had migrated from the economically struggling Russia. The team grew from 11 players in January to 23 in March. However, the team had only 1 English representative, Peter Kay, much to the delight of the growing fan base, as English players were not considered to be as gifted as the foriegn imports.

By the 1900's, Horwich had established themselves as an economically strong club with a fan base of over 30,000,000, worldwide. Particularly from Southern Namibia.

In 1905, the club won its first honour, the King Harrod Cup, defeating Bolton Wanderers 3-1 in the final, played at the Olympic Stadium in London. The game itself made history, as it was the first and only final to date to be played at a stadium which was, and still is, under construction. The final caught the attention of 3 of the 'Top 4' clubs in England which caused Horwich to lose 22 of its 23 players. The most notable being the transfer of Stalin to the Russian club Chelsea. In the years 1910 to 1995, Horwich saw its fanbase fall to 20,000, and also saw it's stadium Grassy Hill overgrow to a record 32ft high. It was later discovered that the overgrown grass was hiding the lost city of Atlantis. This resulted in the club moving to Leigh, Lancashire

Leigh R.M.I officially became a professional Football Club on 1/07/95 when they were forced into doing so by a mystery man holding a gas pipe and fresh orange. The man was later identified as Tim Henman. Throughout the years 1995-2008, Leigh only managed to attract no more than 50,000,000 fans to their rather large ground of Paris Hilton Park. After a famous phone call from Jesus, big names such as Gary Glitter, Harry Hill and Boy George all left in the 2006-07 season, leaving the club in complete disarray. However, in January 2008, the famous phone call by Jesus turned out to be a practical joke as he returned in the form of Dominic Speaker-Phone, who invested his hard earned £20,000,000,000 into the club. Despite relegation to the No More Nails League, Leigh's fanbase began to rise, achieving figures of 55,000,000.

In June 2008, Leigh Real Madrid Intimidators officially changed their name to Leigh Genesis, under the condition that their new stadium was to be called the Phil Collins Soccer Camp.

In October of 2008, disaster struck for Genesis as Jesus called time on his return to earth and pulled out of the club. Ever since, the team has gradually lessened due to the "lack of Jesus" as one player was quoted as saying. The Phil Collins Soccer Camp has only been attended by just over 25,000,000 reguarly for each game as attendances have decreased. Some season ticket holders have taken out their frustration regarding the downward spiral of the club on the local library where all of the paper back books have been viciously attacked and urinated on. As a result, the team were relegated from the 'No More Nails' League at the end of the 2008-09 season and now face a season in the 'Oh, Never Mind, We'll Just Use Nails' League.

Possibly, the greatest ever underwater creature to grace the beautiful game, Gavin Salmon, or, known to the fans as 'FISSSSSSSSSHHHHHHH' made history as he became the 10,000,000th player to play for Genesis since their time began. Defenders fear his demanding figure and have been known to excrete at the size of his extremely large.... fan base.

“He has as much grace as a sand bag, come to think of it, speed as well. ”

Since their relegation, Genesis have invested over £12,000,000 into their youth system. The youth system is very distinct and different as it not only helps young soccer players develop their talent, it also takes in wild monkeys and scorpions from the surrounding area who are then taught constantly for three years based on teachings from the Phil Collins Book of Life. Notable players, monkeys and scorpions who have passed through the academy include, Daniel O'Donnell, Miley Cyrus, Kevin Nash and the guys from the Pot Noodle Advert.

At the start of the 2008-09 season, Genesis moved to the Leigh Spots Village which was home to over 20,000 acne sufferers. However, due to the agreement that was made with Phil Collins, the stadium was renamed, The Phil Collins Soccer Camp. Thus, after months of dispute and protest; the acne sufferers were forced to re-home after their campaign to name the new stadium the Acne Arena failed. The Phil Collins Soccer Camp holds just under 100,000,000 fans. This created some concern amongst Leigh fans as games may sell out quickly. The stadium is also the home for rapper 50 Cent who has a well known strong admiration for plastic seats, particuarly red ones after his on-off relationship with celebrity red plastic seat Fernando which ended officially in 2008 as Fernando was pictured with a rather large partner sat upon him.

Leigh Genesis are well known across the UK and Namibia as the team who actually broke records before they began.