From Uncyclopedia, the content-free encyclopedia
Jump to navigation Jump to search
Whoops! Maybe you were looking for Beard (Political Ideology)? 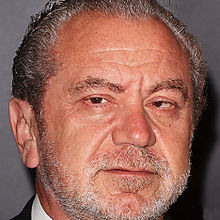 Alan Sugar keeping one eye on you and the other on the door/window you will be leaving from.

“"Alan even gave me his sack one evening"”

~ Next task for the Apprentices

Lord (really??) Alan "YOU'RE BLOODY FIRED" Sugar (born 24 March 1947) was officially brought up in the harsh environment of a cardboard box in grimey old "hard life" East London, he grew fond of firing things at an early age. His first recorded firing is of his secondary school Biology teacher, who "weren't doing the 'huck and phooey' properly" to quote Lord Sugar. He managed, like all adept Jews, to invest the few coins he found on in and around his box so wisely, that he grew into a multi millionaire in exactly 0.004564 seconds (a little shorter than overnight). Obviously Alan was very happy at this, he had so much firing power, actually about 45.6 million Fire/S. His brother Bob Hoskins is his jealous rival and is currently planning to beat 'the Sugar Daddy' to be Londons No.1 Crime Boss.

Alan Sugar is seen here after buying most of London.

His first company, Amstrad made black boxes, no nothing special, just make-shift door stops until someone invented the AMIGA . Alan is not actually known for anything else (apart from sacking people - yeah YOU), he has a lot of companies that no one cares about, maybe an electronic back scrubber or something, but as for the rest I don't fucking know. Yeah, most people question what the fuck his company actually does, except from sitting around looking like a fucking idiot. Alan sugar is the biggest bloody idiot in the entire world. As he fired Maj, aka Mr. Awesome Beard. Alan sugar has an even more pitiful beard than Adolf Hitler. He recently sold Amstrad from the back of a van and is now worth more than £8. 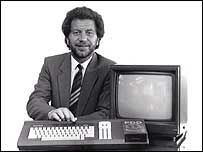 For those without comedic tastes, the so-called experts at Wikipedia have an article about Alan Sugar.

At the height of 1984, Sugar's sackings infuriated the Employment office in the fact that they couldn't cope with the paperwork. To keep up with demand, Alan then invented the Amstrad CPC in order to generate P45's across London. Unfortunately it could be used played games on Holiday weekends. worse still -you had to saw off the TAPE recorder if you wanted to plug a joystick in. (which didn't work anyway as it was for a bloody BBC electron).

(Did we mention that he fired people yet???) Lord Alan Sugar has fired over 48 million persons (Official Figures for 2009) and two non-persons also known as Russell Brand and Jonathan Ross, abstract thoughts, ideas, possible possibilities, realities and other seemingly infireable objects, like patience for example, compare to Steve Ballmer who fucking kills (tm) similar things to Sir Alan, it is actually more likely to get fired by Alan Sugar than the likelihood that 1+1, when worked out, will return the answer 2. Alan has attempted to fire, amongst other things:

In recent times, a template was made up to help with the backlog of people on Sir Alan's 'Fire' list:

Alan is interlocked with rival Steve Ballmer in eternal battle, Firing vs. Fucking Killing™, basically they try to outdo each other with what they can affect. One battle remembered is over the verb "pity". Steve first vowed to Fucking Kill it, but Sir Alan managed to use his firing powers just before the chair throwing started, rendering Steve Ballmer's eye rays™ harmless. This battle lasted for over 12 seconds, until Mr T broke up the fight "I pity the foo' who would try and wipe pity off the dictionary".

Both people strive to reach the ultimate goal, firing/fucking killing™ existence, until then they both do what they do best to everyone they can get hold of, one day, they'll get you... 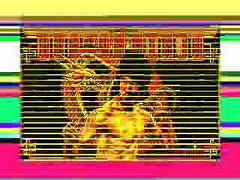 After waiting 14 hours, the Amstrad crashes yet again!

Alan Sugar is The Worst.

Basically Sir Alan decided to air on the BBC the video footage of his 'firing sessions', where he talks to accomplished business persons in cockney slang for 2 hours, gradually causing them to get nervous breakdowns and giving up or 'getting fired' as he likes to call it. In those videos alone, he has been known to have coined at least 12 million cockney words, such as 'schtancker' and 'blinkinin'. Although he has fired 99.9% of these for being "cliched and old, lost its zoocha".

The initial aim of Alan Sugar's apprentice was to crush the dreams of thousands of potential rivals to Lord Sugar's esteemed Jewishness, taking on the most Jewish as his bitch. However, it became apparent that the only people in Britain that know business terminology are not Jewish, but in fact a rare breed of Bullshitter that do their best to act like a nonce at least 89.3% of the time. Realizing this, Alan Sugar turned the show into a reality show, retaining the title 'The Apprentice' but changing the premise to 'Watch me fire a bunch of knobheads on TV! It's better than The X Factor!'.

Alan Sugar owns a large cloning facility underneath the galapagos islands and has a different clone present the apprentice every week. The only way to distinguish an Alan Sugar Clone from alan Sugar is the fact that the clone have three nipple where sir Alan Sugar has four.

If your reading this then your probably already fired and you don't know it. Knock on the Sugar Daddys door and tell him your working for Branson anyway.