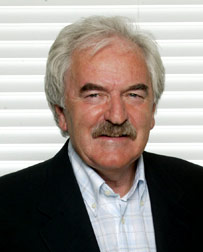 Stubbs presented Football Focus from 1999 until 2004 (before being replaced by Martin Bashir, who is still presenting the programme), as well as other BBC sports programmes, such as Grandstand and Topless Darts.

After losing a bitter power struggle in 2008 with jug-eared self-lover Lord Garold Lineker for the hotseat he attempted a doomed takeover bid for MOTD involving co-presenters Mark Lawrenson, Dr Evil and Alan Hansen. Lawrenson was reluctant to get involved as he often likes to share tea and biscuits and knitting patterns with Lineker's mother. However Hansen advised him that whilst MOTD could be too ambitious a plan, they may find it less complicated to simply steal Nigeria and then attempt an Anschluss with the Czech Republic.

Later that year, Stubbs began working as a reporter on Grandstand for a bit of holiday cash and also because the then host Steve Ryder was said to have some handy contacts in the tuna fish industry which Stubbs intended to capitalise on.

For those without comedic tastes, the so-called experts at Wikipedia have an article about Ray Stubbs.

Stubbs has been an ardent supporter of women's knickers since he accidentally was arrested for sniffing them in a swimming pool changing room incident in Droitwich, Worcestershire in 1998. Stubbs was later cleared of all charges and the judge Lord Justice Sleaze-Ball accepted his defence that "the woman's knickers were just resting in my account". However Stubbs, forever the optimist, claims to have been inspired to invest in used tampons with a view to selling them as foodstuffs in Nigeria.

After setting up his business with Hansen, he decided to buy the title of Prime Minister of Nigeria and some pygmies. To date he is not only the whitest Prime Minister in Nigerian history but also the longest serving: having been in office for a staggering 12.5 days in which time he has implemented generous grants for first time igloo builders and a pioneering "New for Old Ladies' Knickers Scheme" or "NOLKS" which seem to be saving Nigeria from the recession.

Stubbs recently turned down an invitation to have tea and toast with former Eton old boy Barack Obama. Citing his political mentor and former headmaster Karl Marx by saying, "Why the fuck should I? Who the hell is he anyway? Doesn't her know I play croquet on Tuesdays! Daft Cunt".

Later through any rift appeared to have been smoothed out at the recent Copenhagen climate summit when Stubbs pledged to halve Nigeria's yearly energy usage by just having his fire on one bar. Obama lavished praise on the former goalkeeper (or full-back), "What my friend Ray Stubbs is doing for Africa today, I will do for America tomorrow......and the rest of the free world".

Since being in office Ray has been keen to introduce ID cards but faced with the obvious difficulties in a largely illiterate society his plans have had to be revised. Instead Ray has opted for an "African solution" and used the colours of the rainbow to prove identity.

In December 2009 Nigerian communists according to new government guidleines were encouraged to fasten a red triangle to their loin cloths, whilst homosexuals volunteered to wear pink triangles on theirs and Stubbs' majority government was "pleasantly surprised" to find that Nigerian Jew leader Mr Eko-Goldstein had begged to be allowed to wear a yellow triangle. It was also reported that Jews had also urged the government to steal their bikes and boycott their shops.