For those without comedic tastes, the so-called experts at Wikipedia have an article about Aston Villa F.C..

Aston Villa is yet another testicle kicking group of sweaty men who are paid vast sums of money just to chase something which isn't even living. In fact they are known for being one of the best testicle kicking teams ever. They have approximately 1 supporter worldwide. You know who you are, you nonce. 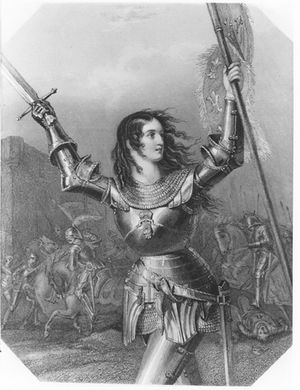 Created in 1874 by some mentalist Malaysian truckers, Aston Villa have a long and rich history and are one of the oldest teams around. Not as old as Herbert D. Ellis, but still pretty old. The team comprised of some young kids plucked from a local school. They lost their opening match 3-5,945, but they were a good bunch of young lads and they'd learn. The manager didn't have much to work with apparently. They also all hate BLUES SCUM.

Over time, the club grew and became mildly successful - winning the Farmers Association Cup on 7 occasions, and the Breast Milk Cup 5 times (5 times!!) however suffered a terrible defeat when they entered the Pantyline Pullers Cup. They even won the European Champions Trophy once, beating Bayurrrn Mewnick somewhere in Holland. These wins were (in the main) a long time ago, but now the club are considered as massive a club and the best in the midlands, well thats if you have brain dammage and think urinals smell nice. 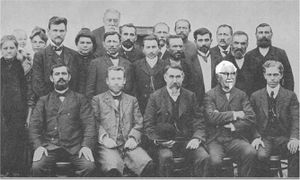 In the 1990s, the club hit a rough patch. Still under the evil dictatorship of Herbert Douglas Ellis (yes, the same one. Still there) - a man with more wrinkles than a shrivelled walnut - the club were starved of vital magic beans to trade for magic cows. Vegetable Taylor lead the club to mild goodness before going to manage Engerland. As the 90s began, Sun Tan Ron lead the team in a lovely white away kit - rumours that Sun Tan Ron demanded the kit was changed from its original black design have since been unfounded. Brian "rabbit man" Little was appointed as coach following STR's departure after turning the team into a steaming pile of turd. Little appointed Neil Amptey as chief goalmarksman - he was rubbish. He then signed Graham Fenton Destroyer - and what a destroyer. No stadium roof was safe from his pin point accuracy. In a fit of desperation, the evil brother of Serbian dictator Slobodan Milosevic was signed, and a mad Brummie by the name of Stanloi Vickter Collymower was recruited from BinDippingThievingScouseCuntsKopEndGoodSenseOfHumourLa FC. He kicked people, and wasn't very good. Little was despensed with, and MadMan Greggerz took the hotseat. He lead the club upwards, but signed players nearly as old as the chairman (yes, the same one. Still there...) and eventually left after a disagreement about how much pocket money he was given to spend. 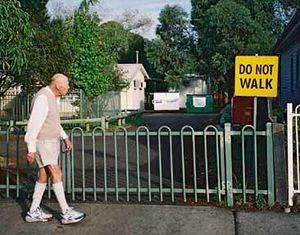 The 1982 European Cup winning squad celebrate the 25th anniversary of their win.

Vegetable Taylor came back for another spell at the helm, in a superb penny-pinching exercise. Actually, calling him a Vegetable is a bit misleading - "Completeandutterspacktardwithnoclueabouttactics" would be fairer. Under Taylors tenure, the team was at its lowest ebb since beating Bayurrrn Mewnick all those years ago. In one game, the goaltender Peter Nostudscantevencontrolathrowin hilariously (to some) allowed a tossback from Olof Meerkat to roll into his goal.

Taylor was eventually told by Ellis (yes, the same one. Still there) that he was retarded and wasn't needed. He went away to do some awful punditry for BBC Radio 5 Live. In desperation, the club appointed an Irish leprechaun to chase the rainbow. He proceeded to build a squad of good honest lads, who work really hard but maybe that bit of investment isn't there. He doesn't have the money, but he accepts that and gets on with his job without moaning. Well, he moans a bit. Sometimes there are hints of a fall-out with the chairman, Doug Ellis (yes, same one. Still here) and the fans worry they might be given a dustman plucked from the streets of Aston as the next team manager.

Eventually Ellis (yes, the same one. Still there) gave O'DrearyLeary his marching orders. Replacing him with the genius of Martin O'Neill.

There are hints that chairman Ellis (yes, same one. Still there) might sell up to some Oirish builders, but they dont seem to have any money to get him to fuck off and stop killing our club with a lack of investment.

Ellis (yes, same one. Still there) has accepted a bid from an American guy, Randy Lerner. Hopefeully, his BILLIONS, will make Villa a half decent team once more! Unfortunately, his record in owning the Cleveland Browns the has been less than shit and Villa's only hope is to bring his only good move, Chuck Norris over from them to bang a few goals into the endzone.

But Birmingham City Council dropped the bombshell and have proposed that Villa Park will be taken over by the locals for a terrorist training camp and it's time they moved on to a more suitable ground, it's proposed to be renamed as Islam Villa Training Camp.

Aston Villa football club is currently for sale for latest bid was £1.02 from Daniel Lewis from Wellington (Telford). The bid is being seriously considered. However, it was revealed that the bid was not accepted as the bidder turned out to be just another nobody attempting to get their name posted up on the internet.

Aston Villa is rumoured to have gained interest from terrorist group 'Wiz Khalifa' with a speculated bid currently at £6.75, which is currently enough to purchase the sub bench a kit kat chunky each. However, this rumour is yet to be clarified.

1. Brad Fried Egg- got his name after been born bald, notable example of the Howard Webb hair salon

2. Luke Old- oldest player in the villa squad, malesteres children while not playing.

4. Steven "Ginger NIIIIIIIIIIIIIIIIIIIIIINJA" Sidwell- After becoming too good for chelsea, He secretly teaches his ginger ways to our midfield - showing them a true master class in training - Notably applied by his 1st minute goal in the 3-2 famous victory over everton. Sidwell works as a secret agent and is bound to secrecy by MI-6. Without Our GIIIIIIIIIIIIIIIIIIIINGER Ninja, it's safe to say we would be nowhere ... Sidwell is god.

6. Stewart Downer- managed to pass his medical with a broken leg and the effects are still showing...

9. Stephen Wales- After 'accidentally' showing his secret identity( superman )he shaved himself bald to hide

10. John Carew- the tallest man in the world but unable to kick a ball.

11. Gabriel Agbonlawhore- very fast when high on heroin and falls over a lot usually after a two-footed challenge from Emile Heskey.

16. Fabian Stelph- an invisible weapon, does he still work with damaged cruciate ligaments.

17. Mustapha Salifou- he is Eric Djemba Djemba in disguise.

18. Emile Heskey- look there is no connection between Emile and Martin O'neil's upcoming wedding and Emile still playing for Villa, scoring plenty of sweaty goals!!!

23. Habib Bye- brought after foreigners complaining there wasn't enough foreigners in the team. takes it up the rear

29. James Collins- went to Villa after hearing about a sheep farm.

???-A couple of 4 year olds stolen from Michael Jackson's closet

69. Marlon Harewood- Feed the hare and he'll shit all over the pitch.

In 1962, the Plutonian government declared war on the club due to immigration policies set up by the club which prohibited the access of Outer Ring football players from joining. The war was settled 5 months later after a long legal dispute in which, Ellis (yes, the same one. Still there...), agreed to allow only good footballers in. This left Pluto speechless.

The war of villa lasted 33 seconds in the year 2040 and was not clearly stated to be an official war. The war was fought between a cyborg Doug Ellis(yes, the same one. Still there...), and a man named Hector who would not give up his free coupon for a Costas Hot Chocolate. Doug promptly beat Hector round the head with his thick wallet before imploding, leaving nothing but a small version of David O'Leary saying "we need more players".