Sandwell Town FC(aka The Yo-Yo) are an Association Football Club based in Handsworth Birmingham, England. They play their home matches in a Hawthorns bush, whilst their feathered mascot is the Thrush (It is unsure whether this is the sexually transmitted disease or the bird). The Thrush was said to have sat pitchside during Albion games, and was famous for only singing when they were winning (a bit like the "fans" today) and leaving on a 'dropping' behind when they lost (a lot like the "fans" today). They are also known as "Tesco carrier bags" [1], "The Dorothies" and as "The Sh!te" (thanks the bird and fans)..

Their nemesis is Wolverhampton Wanderers (Wolves). Wolves are superior in every way, always have been and always will be, their stadium looks like a huge monument to their success, and is the pride of the UK. They plan to expand their stadium so that even more fans of the "Thrush in the bush" can see some proper football twice a season.

The "FC" in their name stands for 'Football Club' 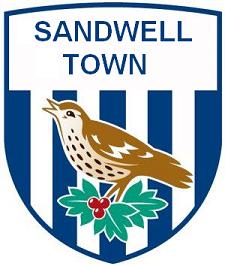 Originally founded in the dirty gusset of Benny from Crossroads Y-fronts, as West Bromwich Albion in the swinging 1860's, in 1888, along with 11 other clubs, they became founder members of the South Walsall Senior League, experiencing initial success under previous manager and Ginger figurehead, Gary Megson. However he was later removed for having an abnormal interest in small children.

Winning sweet FA in 1888 and 1892, the club went from strength to strength, being relegated in 1901, just one year after moving to the Hawthorns bush, which was noted for being the highest shrub above sea level in England, at a staggering 32,000 feet, making it higher up than even super mountain, Mount Everest.

More trophies were to follow and in 1920, the club won their greatest honour when they defeated all opposition to become champions of the Birmingham and District League.

With the mighty Megson in charge, the world was at their feet, and the 1920 success was followed up 6 years later by relegation, before the club won both promotion and sweet FA five years later in 1931.

In 1939, with war on the horizon, many players were drafted away from the club to fight against Wolves fans on the beaches of Bilston-by-the-Sea, but after hostilities ceased, the late forties and fifties saw a boom period for the club.

Winning Sweet FA once more in 1954, the club only missed out on a double-decker after local rivals Wolverhampton Wanderers raced them all the way to the finishing line to win the Drivers Championship of that year. More poor results were eventually turned around when Sweet FA was won for the final time in 1968 thanks to a goal from noted singer, and part time footballer Ged Astle. With things looking up, once more war was to interfere with the clubs grand plans to conquer the world.

The Sandwellian War of '74[edit]

Away from football, political unrest was coming to a head in West Bromwich, and with a growing population the need for a living room as well as a kitchen was becoming critical.

Early 1974 saw the annex of Smethwick, and just months later troops from the 45th West Bromwich Infantry marched into Rowley Regis with little resistance, marking the reunification of both towns. Following a lack of support from other local councils, Oldbury soon joined the expanding nation, but stiff resistance was met in the West from Tiptonia and the Free State of Wednesbury. After a long drawn out campaign, both nations fell, and on April Fools Day 1974, the Democratic People's Republic of Sandwell was formed.

Sandwellites from the East rejoiced, and in a fit of patriotic pride, West Bromwich Albion were officially renamed Sandwell Town. SHIT ON THE BAGGIES SHIT ON BAGGIES TONIGHT OHH HA

In the late 1970's and early 1980's, Sandwell Town were noted for their positive attitude towards black football. Adopting an all black away kit was at the time considered revolutionary, but it soon caught on at other clubs, and is a common sight in today's game.

The 1980's were less successful after the sale of young gem, Bobby Robson to Manchester United for a record fee of 2.5 million balls plus kit.

In the 1990's another relegation ensued, but they regained their place back in the FA Premier League in 2002 coming from behind in the title race to beat Wolverhampton Wanderers over 3 sets.

In the 1998/99 season the Albion lost to local rivals Wolverhampton Wanderers on 72 occasions, conceding 186 goals in the process. Even boxing hero and life long Wolves fan Barry McGuigan scored against them. Despite this, Albion fans were "extremely proud" of their teams 'achievements' that season, cleverly adding the word super to the name of their manager. Unfortunately on the 3rd meeting of the season boxing juggernaut Barry McGuigan dragon punched the Apollo 2000 stand in a fit of rage after being sent off, this ended in the destruction of the stand and the death of 42 Sandwell fans diminishing their "fan base" to just 12 elderly men which lead to the now controversial human cloning of 2000 after a failed effort to generate new fans.

Things started out badly, and got worse for Sandwell Town following their promotion to the Premier League, with a relegation only remedied by an instant promotion, but in 2004 Ginger despot Gary Megson left the club after 116 years in charge. 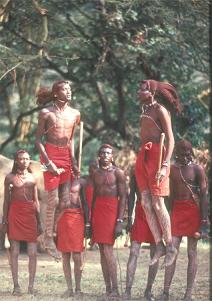 The traditional war dance of the Sandwell Town Supporters

One of the more curious things associated with Sandwell Town are the fans, who are noted for their tribal war dance, where following a goal, they jump up and down on the spot, and aim to send terror into the enemy with their hypnotic war cry of "Boing Boing".

Believed to have been started to the tune of House of Pain's 1992 smash hit 'Jump Around', the dance has quickly become famous with the BBC regularly showing clips of it prior to programmes starting.

Sandwell Town's most famous fan is of course Principal Seymour Skinner. Born locally, and still speaking with a strong Black Country accent, Principal Skinner can regularly be found on TV, starring in the Simpsons. Steven Evason also has a strong affinity for the club. 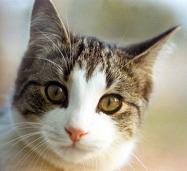 Uzbekistan born Adrian Chiles is another (slightly) famous television personality, most noted for hosting the 'West Bromwich Albion Show' on The One Show (I mean seriously though ? Who watches that bollocks !?). Following the clubs relegation from the United Nations, the future of the show is NEXT TO FUCKING NOTHING, however Chiles has promised, unlike before to try and cram in as many mentions of his beloved club (and vast collection of mens magazines) as possible.

Cat Deeley is another of the clubs famed supporters, with the feline minx regularly found leaving little presents in dark corners of the ground for fans to find.

Without question, Sandwell Town's most famous player is of course Jeff "on me head son" Astle. Making his name with cameo appearances on Fantasy Football League, he also played football in his spare time. His most notable achievement was when he single-handedly kept a clean sheet for Brazil, against England in the 1970 World Cup.

The only other player of note to have played for Sandwell Town is Bryan Robson. Son of ex-England manager Bobby, after a career in the army, Robson then went on to have chart successes with squaddie companion Jerome. He now manages the club in his spare time.

For 2006/07, the club look to have added to this section with the signing from Ireland of Cannonball Taffy O'Hartson. The angry Welshman was at first unsure about a move to the Midlands, but was eventually persuaded when promised free entry to the all-yow-can-eat buffet held at the nearby Vine pub on a matchday.

Despite the name, there is actually no such place as Sandwell, which has led to explorers and bounty hunters getting lost in the quest for the legend of Sandwell.