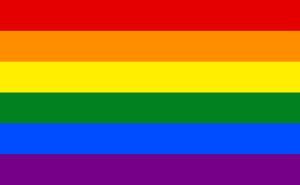 “If it was allowed, I'd enforce sodomy laws on soccerball games. Buncha queers...”

“This evil act was created by devilspawn.”

Football Franchise (organization likes to go by "club") Frisco 96 is a queerball franchise based in Frisco, Texas (apparently close to Dallas) that unfortunately is a subsidiary of Major League Soccer & Co. The team is widely known for its incredible unpoplarity. In fact, this article already has more characters in it than total number of fans that flock FF Frisco Pizza Park Stadium.[1]

The club was founded when MLS launched a miserable campaign to extend grass fairy sporting into the real rugged true American sector of the country (the SOUTH). Sadly, the results show on Dallas' attendance figures.[2]

Despite these setbacks, the franchise etched its way into the record books as being the first Texan soccer club to defeat a Mexican team in Mexico. That is, in a "meaningful" competition, though many question the credibility of a tournament that's called the KOHNKAHKAFF Champions League. Never the less, FC Frisco defeated the Mexico Auto University U-8 squad to earn this somewhat-cool honor.[3] Despite this achievement, they became the first team to allow a Canadian team into the MLS Cup Playoffs.

Original logo when the team was known as Dallas Lighter Fluid.

Soccer was first allowed in Texas following the landmark court case Lawrence v. Texas which allowed gay sports, like soccerball, to be allowed to be played in the Southern United States without being charged fines. Immediately, MLS thought it was a genius idea to expand into the Lone Star State, citing all the Mexicans in the state that would love to openly embrace their queerball sport.

The club, trying to hide its true gayboyness, opted to have a very masculine name to make macho conservative men flock to the Cotton Bowl. The style of their players does not help the ca

Through the clubs early days, people would flock outside the Cotton Bowl to egg the team for supporting a big gay homo fag agenda. Their communist rituals, such as signing prominent non-Amuricans, even further pushed the club into irrelevancy in the Dallas-Fort Worth, in favor of more macho sports figures. 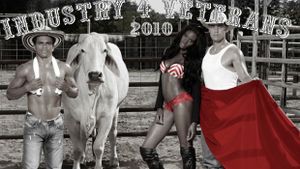 In a market ploy by Major League Soccer to garner more fans, Don Garber gave the MLS Most Relevant Player award to David Ferreria (sp?). Told to figuratively "break a leg" next season to give FC Frisco a fighting chance to repeat MLS Western Conference titles, he literally gets tripped up and fractures his leg cause of some stupid Canadians.[4] 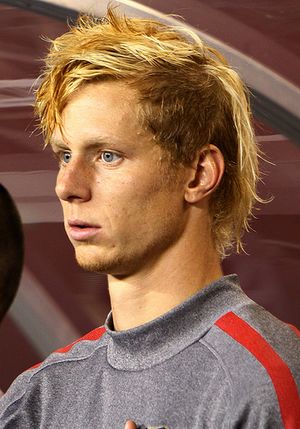 It's hard to be taken seriously when your star player has a dead rodent on their hea--OH WAIT THAT'S HIS HAIR?! Super homo.

The Christian People's Republic of Texas has often ridiculed Frisco 96 for their supposed endorsement of big gay homos. Most of this has to do with MLS partnering up with You Can Play Gay and other sinful organizations that were created by Satan, himself.

More of the attention has focused away from the sport itself, but rather the figures. Star wunderkind, Brek Shea, has been a main target by Texans mainly due to his neo-hipster, artsy flamboyant style, and because he likes art. His gay company Left Boot Style (left is already gay to begin with) is a common punching bag by the homophobic Christian community of Texas.[5]

Numerous times in the past, the Christian People's Republic has attempted to add an addendum to their anti-gay constitutional amendment, but the bill has been killed in Texas congress church due to lack of interest.

To begin with, let's examen this "Minor League Soccer" fagshit that FF Frisco participates in. The league, prides (SIN!!!!) itself on the fact there is fixed incomes, salary caps, and worse, shared revenues for redistribution. The fact that Frisco participates in such socialistic/Marxist/communist (I dunno which is what, but they sound un-American) has been ridiculed by the Christian leagues of Texas in several violations of Texas state code, which enforce sheer capitalism.[6]

Those golden locks of art. How can Texas be against such beauty? I just want there to be a section honoring the iconic golden locks of Brekken Shea. The way half of his hair twirls into the wind, how he glides around players. His lanky, awkward frame.