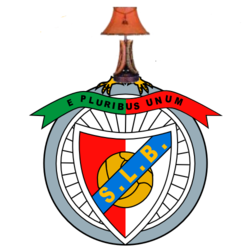 “Our greatness is obvious. We have a concrete bowl, they have a toilet.”

~ Benfica on every game

Sport Lisboa e Benfica, roughly translated to Cocky Disrespectful Lisboans United; and also taken to mean Sporting Lamps Eating Benfica or simply Benfas, are, apparently, the only football club consisting of cunts in Portugal, and thus the world. They are thought of to have took out every other club during the Great Ego Inflation of 2002. Rumours of a third club in Portugal persist, though SLB dispute this as merely a poor dining club.

Even when there were other football clubs — and when O Merdoso ("The shitty one") admitted there were other clubs — Benfica never really paid attention to them, as they kept thinking that the 1962 Benfica side reincarnated (yeah, we hear that every year) will simply steamroller every other team, barely having to turn up.

More titles than Sporting, FC Porto and all the other clubs combined. Cheating included bribing referees, goalkeepers and having assistance coach offering prize money to players from clubs when playing against Benfica rivals. Still, Benfica didn't managed to win them all.

Salazar was a Sporting fan and admitted to being one and a Belenenses fan. Dispite all this nay say he still had the secret political police beat up Eusébio when he wanted to leave Benfica for a foreign club. Salazar would only have the national song Fado and cheap low taxed wine to distract the common peasants from national affairs.

Dominated until someone named Pinto da Costa aka Don Corleone of football arrives at Porto, Benfica cheats harder and harder but the more they cheat the more they lose.

FC Porto cheating is more effective than Benfica and Sporting cheating combined so FC Porto starts to win a lot of championships thanks to the pre coke addict Mario Jardel who scores almost as many goals as Rui Costa, Michel Preud'Homme sucks cocks. Fortunately for FC Porto sucking cocks does not count as goals so Benfica lost leagues and try adapting new gay tactics. It was impossible to bring back Salazar as a zombie so the situation could not be rectified. This has a pronounced ego trip effect making all Benfica supporters eat lots of sardines and get boozed up on cheap beer just before beating up their spouses. An activity now known as "post match wind down". Wives suspect Benfica husbands of being gay.

In the mid 2000's Benfica invents a new way of cheating and finally wins a League offering fresh pairs of football boots to referees, and bribes satellite club of Estoril to secure the game and championship. Benfica's president boyfriend José Veiga gets pregnant and helps deliver a championship to Benfica. On the late 2000's Benfica yet invents a newer ways to cheat. A plan convinces hardcore fans to become referees and these magically get promoted rapidly. B plan is to have "Referee commision President" bow to Benfica and make sure Benfica gets the right Referees to their games. C plan involves meal vouchers offered to referees, so they can enjoy a well cooked meal if they previously cooked the game in Benfica's favour. D plan is to secure the flow of cocaine via Porta 18 or "Door 18". This ensures the financial stability of the club after the failed attempt of Benfica's president to make a fortune hiding coke in cheap second hand tyres, when he was selling them.

The Cathedral (The concrete bowl), where Benfiquistas come to pray for a time machine to take them back to 1962. There have been two incarnations of this stadium, the half-decent one that finally crumbled in 2002, and the new one, now complete with such amenities as videos of the old finals, half-decent seats, and, in a jibe to possible cross-Lisboa rivals Sporting, cheap, tacky toilets. However, this is confusing, as Benfica seem to think that Sporting does not exist, but still... Benfica tried to get a special stadium contract going with the power company so that they could conduct high voltage reviving experiments but spent all the money printing fake out of market bonds (with zero nominal value) to pay taxes. The fake bonds worked so good the zombie making has been postponed. From 1998 to 2000 Benfica said "sod it tax office!" and the tax office went easy on them on accounts of a fake FPF comission led by a well known deuche bag that white washed it and made it all good.

In Portugal, malicious Benfica Special Ops teams go round the country, maintaining a special "Castle of Benfica" in each municipality, making sure that most people are brainwashed so that they support Benfica. The club keeps its record of having the highest number of sócios (paying supporters) via mass brainwashing camps in many countries, such as Andorra, Angola, Australia, Belgium, Brazil, Canada, Cape Verde, Croatia, France, Germany, Guinea-Bissau, United Kingdom, Japan, Luxembourg, Macau, Mexico, Switzerland, Netherlands and United States.