Look - the players are that malnourished they look like stick men

It was formed in 1998 as a charity to help professional players who faced poverty and hardship due to their low wage. 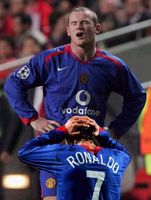 The PFA was founded in 1998 after several Premiership footballers complained that the financial constraints football was enduring meant their wages weren't being increased in line with inflation. This meant that the footballers couldn't afford to add to their expensive fleet of cars, buy even more bling, had to downsize their homes from 12 bedrooms to 10 and perhaps most shockingly of all could only afford to spend 3 weeks in Ayia Napa rather than 6 weeks for their off-season holidays.

The main founder and now lifelong president was Cashley Cole the then Arsenal fullback, who was forced to sign a 1 year extension to his contract for only £55,000 a week rather than the £60,000 he was expecting. Quite rightly young Ashley was worried this could affect his future - How would he pay his mortgage? , Could he afford that new diamond encrusted mobile phone?, Would his girlfriend Cheryl Tweedy leave him for a richer man??

After Cole was fined a whopping £100,000 (1 1/2 weeks wages!!!) for his part in "Colegate", he realised action was needed. This became very apparent when his friend Liverpool's Steven Gerrards' new contract only gave him £100,000 a week despite Steven single handlely winning games for Liverpool and being able to walk on water. However young Ashley was yet to figure out how to solve this dilemma.

The founder of the PFA - footballs version of Florence Nighingale, Mother Theresa and Schindler

On Christmas Eve 1998, the solution came to cole in a dream. Having seen the way people around the world responded to a similar crisis in the 1980's in Africa (see; famine, drought, war, poverty, Live Aid), Cole dreamt of a future where a charitable fund set up by donations from ordinary memebers of the public would help Cole and other professional football players top up their meagre salaries.

After waking up, Cole contacted other Premier League players with his idea and they agreed to meet in the Ritz the next day so they could discuss the idea further while drinking Moet, Rémy Martin Grand Cru , Courvoisier VSOP Fine Champagne and eating the finest caviar.

It was at this meeting where Cole uttered the immortal line:

"I'll be back in a minute bredrin, I'm just off to the piss-pot"

This was said when Cole wanted to go to the toilet. When he returned, the other players had agreed to back his idea. As a gesture of goodwill, the Ritz agreed to allow the players to put the bill of £367,823 on the tab, when the players realised they only had £349,375 cash on them, and their wives had "borrowed" their credit cards to go shopping.

Over further meetings, it was agreed the best way of informing the public was to have a music concert, and a public tele-fon so the public could send in their donations. This they decided to call "Footballer Aid"

Ashley Cole is that poor he can't even afford clothes

On July 13 1999, Footballer Aid was held around the world, with music concerts in London, Philadelphia, Sydney and Moscow.It was one of the largest-scale satellite link-ups and television broadcasts of all time: an estimated 1.5 billion viewers, across 100 countries, watched the live broadcast.

Throughout the concerts, viewers were urged to donate money to the Footballer Aid cause. Three hundred phone lines were manned by the BBC, so that members of the public could make donations using their credit cards. The phone number and an address that viewers could send cheques to were repeated every twenty minutes. Nearly seven hours into the concert in London, Bob Geldof enquired how much money had been raised - he was told £1.2 million. He is said to have been sorely disappointed by the amount and marched to the BBC commentary position. Pumped up further by a performance of The Prodigy's "Smack My Bitch Up" by the Queen of England that he later called 'absolutely amazing', Geldof gave a famous interview. Many now recall that Geldof said, "Just give us the ****ing money." However, this is not true; he did say, "Footballers are dying NOW. Give us the money NOW. Give me the money now." And later, when trying to impress the importance of his plea on the BBC presenter, Geldof yelled "**** the address, just give the phone, here's the number...." After the outburst, giving increased to £300 per second. Later in the evening, following David Bowie's set, a video, shot by CBC, was shown to the audiences in London and Philadelphia, as well as on televisions around the world, showing starving and diseased Premiership Footabllers set to the song "Which of my 3 cars should I Drive" by The Cars. The rate of giving became faster in the immediate aftermath of the moving video.

As Geldof mentioned, during the concert, the Republic of Ireland (Éire) gave the most donations per capita, despite being in the throes of a serious economic depression at the time. The single largest donation came from the ruling family of Dubai. They donated £1m in a phone conversation with Geldof.

The next day, news reports stated that between £40 and £50 million had been raised. Now, it is estimated that around £150mn has been raised for footballers as a direct result of the concerts.

Today, donations still pour in to help out the poor footballers.

Playing in a 4-4-2 formation as follows:

“For fucks sake, help the fucking poor little fucking fuckers will ya!!! How the fuck can they fucking live on £40,000 a fucking week!!”

“One feels greet pity for ones footballing subjects not being able to live an easy life like oneself.”

~ Bill Gates on being told of the footballers plight

Terry & Lampard celebrate playing for Roman Abramovich. No longer will they be poor

“Thank you. Thank you all so much. This money you've donated will enable me to buy that diamond encrusted watch.”

“I have to rely on my family in Mali, Africa to send me money and food parcels just so I can live.”

Despite all the money raised, professional footballers in England today still live on the breadline with most facing extreme hardship. Despite the immediate improvement after Football Aid, in 2002 things reached an epedemic when the footballers plight had been forgotten by the media and the public. Still footballers where struggling to pay the mortgage on their mansions and river view exclusive penthouse flats. To solve this, Ashley Cole campaigned for "Sport Relief" where comedians and sports stars from other more affluent sports such as fell-running and archery highlighted the plight.

How can a professional footballer be expected to buy an island like this on £80,000 a week???

You see even today your donations are required.

Sport Relief is a biennial charity event from run by BBC Sport, which brings together the worlds of sport and entertainment to raise money to fight poverty in the English Premiership footballers life. At the heart of the campaign is the Sainsbury's Sport Relief Mile. Sport Relief has helped keep the issue of footballers living in poverty in the minds of the public and the media. Jonathon Ross is a very big supporter of the cause.

To order the PFA educational video seen below, please contact us: 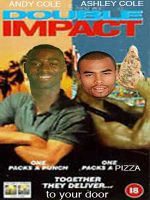 Please make cheques available to "The PFA". All major credit and debit cards excepted. You can find our collection boxes in all major supermarkets

If you wish to adopt a professional footballer, please don't hesitate to enquire - you can make all the difference.

If your a Professional football wanting to enquire know how the PFA can help you, please either write to the address above or call the helpline.