“No regrets, none at all. My only regret is that we went out on penalties. That's my only regret. But no, no regrets.” 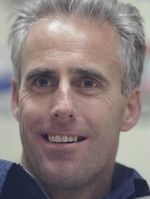 “Inter have bought the finished article and there's no doubt he can keep improving.”

“If we don't do the business this time, it's my backside in the bacon slicer.”

“We're football people, not poets, but obviously I'm disappointed with the result.”

“I think one or two of our legs got a bit leg-weary.”

Michael Joseph "Mick" MahCaaathhy (born 7 February 1959) is an English secret service spy who specialises in undercover football manager assignments. He came to prominence in 1996 when he was appointed manager of the Republic of Ireland, and hit the headlines in 2002 for receiving a knighthood from Prince Charles for his successful sabotage of the Irish team.

McCarthy's reign as Ireland manager was largely a stiflingly boring affair (predictably) until 2002, when he clashed with team captain and manhunter Roy Keane while preparing for the Special Olympics. The origins of the dispute are unclear; however it is rumoured that Keane was annoyed at having to take a shower after Steve Staunton had been in there first. Keane reportedly claimed that Staunton "had a sneaky wank in there, roite, every single morning! He wipes himself on MY towel too, man! What a langer!" In spite of this horrendous treatment, McCarthy stubbornly refused to share his shower with Keane and a devastating battle took place. Much of the team's hotel was destroyed, which left Jason McAteer and Niall Quinn sobbing profusely for the next six years. Keane emerged from the scrap intact, but McCarthy was shocked to find that his testicles had been torn off in the scuffle. 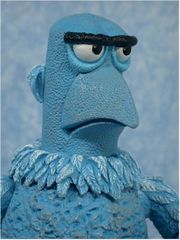 McCarthy's reputation somehow survived despite the ensuing controversy and he still manages to obtain managerial positions in his native land, where the public remain unaware of his career in espionage or the fact that he plopped himself at the thought of facing Roy Keane if he ever meets the Cork man again, never mind his mates Shane Quinn and James Rodgers. McCarthy's testicles were mistaken for a set of oversize fuzzy dice, and have hung proudly from the rearview mirror of Damien Duff's Nissan Micra for the last few years.

With the aid of a time machine, Mick then went on to manage the Manchester United team from 1969 to 1986, under various pseudonyms such as Wilf McGuinness, Tommy 'I fucking hate George Best' Docherty, and Ron 'Watch those niggers!' Atkinson. In 1991, Professor Stephen Hawking famously wrote this brief summary of Mick's multiple personalities and their attempts to guide the team to success.

Mick's spell at Old Trafford was simply too shit for words, and he was sacked mercilessly after just 17 years in charge.

McCarthy has in recent years gone on the record to state his abject disappointment at being treated so harshly by the club's board. He claimed that the sacking was hastily carried out, particularly as he had only been given 885 games to prove himself - "The first 400 don't count, everyone knows that!". This argument was somewhat undone when it emerged that Mick had lost 650 of those matches, and drawn every single one of the 200 others.

McCarthy is known to have bedded several smokin' hot supermodels, including Hillary Clinton, Angela Merkel and the Queen of England. The tabloid media affectionately refer to McCarthy's numerous conquests as 'McMonsters'. However Mick has been celibate for the last two years, after undergoing what he described as an "unfortunate experience." He refused to elaborate on this occurrence, stating only that the name of the woman involved was Eva Braun. Four hours later, a shadowy figure was seen by German Gestapo visiting the grave of Adolf Hitler and his mistress, dumping a large heavy sack next to the headstone and quickly leaving without being identified. 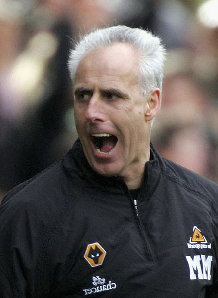 Oh yeah I forgot to mention, Mick MahCaaathhy is a nonce. He revealed in 2003 that he was in league with Satan in an effort to indulge his paedo urges. He then abducted a 27 year old health inspector named Sally-Ann Rottencrotch and raped her leg for 2 hours. Once this sordid event was over, Mick moved out of his mother's house for good, and shacked up with his gay lover, Mr. Granny Squid.