For those without comedic tastes, the so-called experts at Wikipedia have an article about Rafael Benítez.
“Go Compaaaaaaaarrrrreeeeee!”

Rafael "Fat Boy" Fuckatez was born into poverty as a soccer player. The precise location of his birth is in dispute as 2 renowned experts in the field have come to differing views on this matter. Gene Snitsky, historian & part-time professional stripper claims that Rafa Fuckatez was born in Ghduogofhuho Bay, Greenland, a claim bolstered by Fuckatez' Afro-Greenlandic origins & the large concentration of pirates in this area. Oscar Wilde on the other hand insists that Rafa Benitez was born on Mars. As of 20th June 2006, this matter has been resolved by not trusting the stripper.

Many sea-faring adventures brought much fame & glory to him (despite being only a toilet cleaner). However his many exploits cost him an arm & a leg, & also an eye & most of his pubic hair. Nevertheless Benitez put all of this aside & set forth on his greatest endeavor yet, Liverpool , Land of the Evertonian scousers, as LFC Supporters originate from Norway.

Fuckatez scoured the city centre for a job in a resurant as a waiter which was his chosen profession, but ended up in the lowley position as manager of the redshite football club, as no openings offering any sort of career progression were available in the restaurant industry in the city.

It is known that Rafa decides his team selection using a complex algorithm based on the National Lottery. The draw for his team selection is broadcast on ITV 84+6. One week, when the numbers were 32, 36, 39, 41, 43, 46 and 49, he famously had to register 7 centre-backs from the youth academy to play in a vital first-team match against rivals Abramograd Chelski FC. His selection policy has been a target of fierce criticism; however, he defended it by saying "Iss unfair that we don play Portsmouth every week, no?"

The turning point of Beneath-us's career came when the crew of the Black Pearl set forth on their greatest endeavour yet, a daring raid on the Iraqi Imperial Palace to steal Edvard Munch's famous painting, the Thierry Henry. Wenger promptly betrayed his crewmates & stole the Henry for himself. However his hand was bitten off by Saddam Hussein himself during a 5 hour Hardcore Match which Wenger won after the involvement of an army of Inuit midgets(hired by Wenger himself for this purpose alone). It has since been revealed that the midgets were in fact sent by Alexander of Ferguson, who received the idea after watching Gordo Straclachan bite off Southgates' balls.

With the Henry procured, Wenger set off on a life-raft to Lake Titicaca where he intended to live happily ever after with his painting. However a tornado lifted him up & dumped him in England again. With no money in his pockets & his life raft completely ruined, Wenger had no choice but to set up shop where he landed & founded Arsenal, named after himself of course. Arsenal originally served as a museum to house the Thierry Henry which basically scared the crap out of everyone who saw it & Wenger promptly fined them for soiling the place. This plan, however, came to an end after Oscar Wilde saw the Henry & promptly released the biggest fart recorded in history. The 4000 billionton explosion wiped out 95% of the known & unknown Universe & destroyed whatever remained of Wengers pubic hair.

Hurt but undaunted, Wenger came back & founded the 2nd Arsenal, which is in its present form today. Together with Henry, Wenger has made Arsenal a massive club with an annual turnover of 28 cents a year

Recent friction between Wenger & the Henry(they sleep in separate rooms at the moment) has led to speculation of a split in the making. Wenger has vehemently denied these claims:- 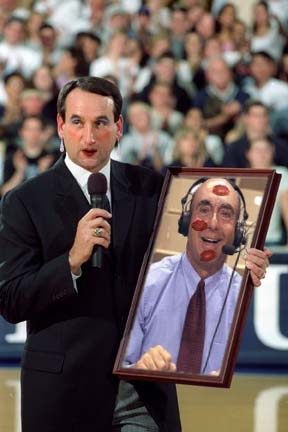 He was chucked out of the premier of Free Willy 9, as the cinema staff caught him smuggling in a bag of Skips and Gummi Bears as he didn't buy any of the food at their own canteen.

~ Arsène Wenger on himself & Henry

On 28th June, 2007 Benitez was first seen in public with his new goatee. During the signing of Momo Sissoko's contract, Rafa shook Momo's hand and said "Smile for the camera, ese". His goatee can live on its own and has been seen hanging with Mexican Cartel on Wednesday nights. The premier league first requested that Benitez wear a paper bag over his head due to the explicit nature of his goatee. Beneath-us replied "This goatee represents the life and soul of Liverpool FC, without it we are nothing". However, a petition containing 100,000 signatures from liverpool supporters and a staggering 1 billion signatures from the rest of the world suggest otherwise. The premier league are currently filing a lawsuit against Benitez for ugly misconduct.

Shoplifting (or embarking on shopping trips with insufficient funds)[edit]

Throughout childhood and his adult life, "Rafa" (or cuntybollocks) as he's sometimes referred to, has gone shopping either without any money or with insufficient remuneration to acquire his chosen chattels (Liverpool fans won't understand this last bit!). This has reportedly led to instances where he has offered between 0.0002% and 0.003% of a goods' right and proper value, only to be told to "fuck off back to Dagoland". Undaunted, the plucky Spandiard has maintained his line of (inept) bargaining and increased his offer to a maximum of between 1% and 2.5%, but has generally thrown in the following: