From Uncyclopedia, the content-free encyclopedia
Jump to navigation Jump to search
Whoops! Maybe you were looking for negroes, or theft?
“That's racist!”

~ Al Sharpton on everything

“What kind of example do you set on our children having a football team named after black people? Ahhh; black people, loud and obnoxious, not to mention violent.”

~ Oscar Wilde on the Cleveland Browns

“Now if you'll excuse me, I'm going to take the Browns to the Super Bowl.”

“You are a FACTORY of SADNESS!”

~ Mike Polk Jr. on The Browns

The Cleveland Browns are a football team based out of Cleveland, Ohio that get their asses kicked by the Pittsburgh Steelers, Baltimore Ravens, and Cincinnati Bengals twice a year, per team. Despite a promising beginning as a sports franchise during the golden years of the NFL, the Cleveland Browns struggled when they got re-established in 1999 after the team now known as the Defectors bolted Cleveland. Since then they have restored their glory and are now the most renown team in the entire NFL, even locking up the fourth seed or even the third seed every year in the AFC North division.

In 1908, Paul "Walnuts" Brown was born to Maya Angelou and Hulk Hogan, the product of a long, tumultuous relationship consisting of arm wrestling, raw beet sandwiches and Cleveland Steamers. Later that year, he turned 25 and conquered Syracuse. During his exit interview from the Big East (which actually wasn't formed for another 71 years, but don't tell him that), he reaffirmed his lifelong dream of assembling fifty-five grocery-baggers against their will, handing them a freshly killed mammal (implanted with an innertube and stitched together with delicious licorice ropes) and measuring how long it took them to run forty yards. Young, bold and innocent, he took the first boat to tropical Cleveland to build upon its lush history of rich, mountainous terrain, radical and empowering political upheavals and revolutionary technological advancements.

Upon his arrival, he promptly shotgunned a keg of Great Lakes Christmas Ale, unzipped his fly and extinguished the Cuyahoga River, exclaiming, "Gentleman, it's foosball time." Cleveland, being far from a blue-collar industrial town, was quite eccentric and full of characters. From miles around, ninjas, carnies, wolfmen, zebras, area mayors and PTA heads emerged to witness the spectacle. As if mesmerized by the entire event, one by one, they enlisted in Brown's troupe. Legend has it that the first football was made from the hide of a man who suggested the group be called the Fancy Dancy Rainbow Sparklers. "Bullshit! We'll name it after me," Brown said, and promptly killed and skinned him with a torque wrench.

Brown's Army, as it came to be known, thus began trapsing through the countryside, overusing the fullback, calling draw plays on third and long and earning compliments like, "gritty" and "old school." Later that year, Brown died in an epic hand grenade fight with a band of gypsies wielding bright yellow handkerchiefs calling themselves the "Thieves of Pittsville". Brown had been caught off-guard by their genuinely effeminate behavior (they had been known to don the handkerchiefs about their necks and speak with lisps in the offseason). Unbeknownst to him, they had a formidable defense and a heroic, if slightly simple, field general.

And so it was.

In 1945 after seeing his buddy projectile shit on a pumpkin, "Walnuts" develops his team's colors.

Browns Before They Signed Chuck Norris[edit] 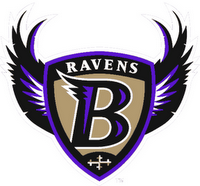 In the late 1980's, the remnants of Brown's mighty band of warriors had become decimated in body and spirit, crippled at the hands of the tyrannical Satanist (and probably gay) John "Horse Teeth" Elway (known as The Lord God Almighty between the Rocky Mountains and the Pac-10 Ocean). Circa 1995, an impoverished octogenarian art model named Impetus Langley took advantage of this and imposed his Lutheran-esque radicalisms on what had become known as the Church of Brown. Much of Cleveland rejected his epithets as uninformed and silly, as the majority of Clevelanders worshipped very little other than the deity that was Paul "Walnuts" Brown. However, Langley's teachings gained traction in a small group of defectors which abandoned their friends, disowned their families, sold their belongings, ditched their clothes, willingly subjected themselves to comprehensive sex-change operations and relocated to Maryland (later rezoned as a global landfill, along with Massachusetts).

For three thousand years, the Church of Brown and its parishoners were forced to wander Northeast Ohio, complaining about paying $40 to watch Shawn "Gut-Butt" Kemp only average 18 points a game, getting warm beer from sub-par waitresses at the Hooters in the Flats and cursing the very existence of Jose "Soulsucker" Mesa. However, amidst the suffering, a paladin emerged--a man so holy, so selfless, so righteous that all of Cleveland had to look away lest they be blinded to the core by his glowing visage. He was Al "Floating Ball of Pure Energy" Lerner. He was a man who had grown up with Brown's Army. He was a man who had a deep understanding and love for the game of football and all of the dating analogies that could be derived from it. He was a philanthropist, a historian, a dreamer.

Lerner floated like a Forrest Gump feather to the top of the Terminal Tower, telepathically summoned all residents from the surrounding suburbs and began to pulsate in such a way that it generated this proclaimation:

"Paul Brown had a vision for this city. He wanted it to be a football town. I am here to execute that vision, along with a small portion of you as a sacrifice for my services. I shall assemble the fifty-five most mediocre grocery-baggers Giant Eagle has to offer and they will become an expansion team under my direction."

The way of the Brown[edit]

The Cleveland Browns are most noted for their brilliant, often sublime, running game. Visionaries by nature, they have a long storied history of going against the grain by sending slow, powerful runners with little agility around the outside on sweep plays and sending weak, indecisive and undersized backs between the center and guard on clutch halfback dives. Typically, these calls are made on third and long and if they can be executed in the form of a draw, all the better. This portion of the playbook is founded on the well-established practice of calling something no defense would ever expect, because that team's offense finds the play too stupid to call itself.

The Browns are noted for their brilliant philosophy of implementing a running game without an offensive line for said running backs to run behind. Art Modell was particularly fond of this strategy. Hell, just ask Trent Richardson.

With so many teams studying film on the vertical passing game, the Browns coaching staff has taken a different approach: fortifying the horizontal passing game. Cleveland has become revered in recent years for having the largest collection of three yard out plays and fullback screens. Often, they are praised during pregame shows for daring to be different and sending their fastest players on hook routes and five yard crossing patterns (especially when ten or more yards are needed). What, you don't believe me?

This is a difficult area for analysis. Cleveland's defense is currently a farm system for the Denver Broncos. The Browns have taken it upon themselves to scout and draft college prospects to their defense, test them out, injure them if possible, involve them in criminal misdemeanors, then send them to Denver where they promptly start their careers. In fact, the Browns only have two players over age 35 on the entire team, good old kickin' Phil and puntin' Brad.

The Browns' special teams are in terrific shape. Joshua Cribbs is the best player in the league at returning kick-offs which is good since there defense is lousy, which doesn't matter since they score every time on offense by handing the ball off to Chuck Norris.

In 2007, The Browns selected "Joe Thomas" as their first round draft pick at #3. He was fishing on a boat when this happened. He was too embarrassed to show up. Then, they traded with the dallas cowgirls for their second first round pick. At #22, college football phenom "Brandy Quinn" was picked. He was so glad theat he lost over 15 million dollars in 20 minutes. Yay Browns.

The teams greatest acquisition was signing Chuck Norris to a life long contract. It was reported Michael Jackson wanted to sign with them but Chuck Norris wouldn't take any part of it and he roundhouse kicked him in the nutsack but it didn't phase Michael because he had nothing there. To avoid suspicion, he goes by his alias Petyton Hillis, a simple man from Arkansas. But if you look him in the eye for too long, you can feel Norris' presence, and then he'll karate chop your head off. After being on the cover of Madden 12, he started to suck and the browns dropped him. He was cut at the end of the season.

In the 2010-2011 season, the Cleveland Browns are expected to open up against a knock out drag out NEW battle of Ohio versus the Youngstown State Penguins. Youngstown State University was compensated $600,000 for the arrangement, and another $200,000 to not run up the score and keep it close.

When asked when he thought the Browns would finally achieve a superbowl victory (a tremendous feat for a team that has been continuously rebuilding since they were brought into the NFL 45 years ago), LeBron James replied "When the Browns get bought out by the Dolphins and move to Miami maybe they'll have a shot." 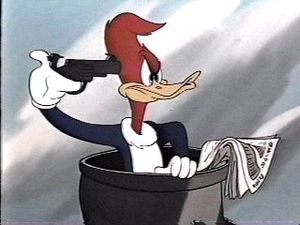 This is the proper way to watch a Browns Game...especially if you bet on the Browns!

Ever since the Browns got a shitty quarterback, the Browns went downhill and is now known as the "worst team in all of the NFL!"

The Browns changed owners in 2012, meaning the team asskicked their Dictator, Mike Holmgren. Holmgren was last seen being dragged on the street with his overgrown, fat dick tied up to a old, beatup Chevy being made an assclown for every crime he committed with a spork sticking out his fartbox.

After trading for notable woman respecter Deshaun Cosby Watson, then seeing Watson get a state-mandated vacation for said woman respecting, the Browns won their first opener since the stone age. In week 2, the Browns jumped out to a thirteen-point lead over the New Jersey Jets with 1:55 left in the 4th quarter and the Jets having no timeouts. And they fucking blew it. These dipshits gave up a 66-yard touchdown off the arm of Joe "Namath" Flacco, surrendered an onside kick, and let Flacco fart his way down the field and score again while the Browns sat and watched, then died as they tried to score themselves but threw an interception, sealing an improbable 31-30 win for the buttfumble. Perhaps this is karma for numerous Browns fans condoning Watson's particular brand of woman respecting.