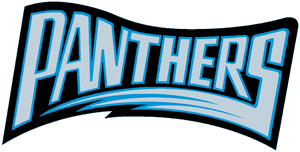 The Carolina Pussy-Cats are supposedly a professional hand-egg team that plays in the National Football League. They were established in 1995, and have sucked ever since. They have stunningly made it to Superb Owl XXXVIII, where they lost to Deflatriots kicker Adam Vinatieri, and Superb Owl 50, where Cam Newton famously gave up. Panthers fans are known as rednecks and degenerates who are horrible human beings. (the closer to Charlotte you get, the worse they become.)

Historically, they have proven to be a very inconsistent team, fluctuating from sucking to not-quite-sucking-as-much. If you are Cam Newton, please return the stolen laptop. We know you stole it. Many people hate Newton because he is an "arrogant douche-bag," and they are absolutely right.

The Panthers have proven to be masters of the craft of choking. Here are some notable examples:

The Original Sin: The Founding of a Failure[edit]

In 1995, some retards thought the NFL wasn't quite large enough, and created two pussy-cat-based franchises. These two teams, the Panthers and Jacksonville Jaguars, have been considered absolute failures of teams, especially the latter (and former, more so.) They decided that a team in one of the Carolinas was better than nothing, and called them the "Carolina Panthers", even though no games are played in South Carolina.

File:Lombardi Super Bowl Trophy (11282338723).jpg
The Vince Lombardi Trophy, a thing the Panthers can only dream of.

In 2001, the Panthers absolutely, undoubtedly shat the bed all season long. They won their first game by default when the Minnesota Vikings forgot to show up. They didn't win again for quite a while, ending the season 1-15. They had gotten rookie Steve Smith Sr. the draft prior. He was considering retirement before Week 12. They rebounded two seasons later, and appeared in Nipplegate Stupor Bowl XXXVIII, vs. the New England Deflatriots. They lost because the "Flatsies" had some guy called "Adam Vinatieri" who kicked the game winning field goal. The Panthers collapsed, and 12 players committed suicide after realizing that life had no meaning in Charlotte, North Carolina. In the 2000's, the Panthers witnessed two of their rivals, the Tampa Bay Buccaneers and New Orleans Aints win their own Super Blows. This team, on the other hand, just blows. 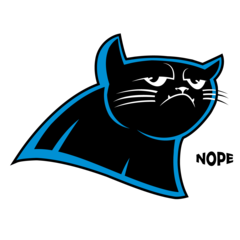 In 2011, the Kitty-Cats hired Riverboat Ron Rivera. This contract with the devil doomed them to 30 years of failure. In 2011, they also brought in famed laptop thief Cam Newton, of the Auburn Tigers. Just goes to show that you can stay on pussycat teams forever. The Panthers have been a mediocre team this decade, and have snucked in to the playoffs when the judges weren't looking. In 2015, the Panthers came this close to winning a Super Brawl in spite of Lucifer's deal. But Satan cased in, and possessed Von Miller, who single-handedly demolished the will of the Panthers. Final Score: Denver Prancy-Horses 24, Panthers 10. The Panthers collectively went to the bar for the next few years, and hit the liquor bottles harder than ever in 2018, causing a spiral from 6-2 (one game out from a division lead) to 6-9 (choking on their own spit, eliminated from the Playoffs.). Every Panthers fan in a 200 mile radius has shown signs of acute alcohol poisoning. The Panthers sold their soul to the Devil for a few corn chips, and it will bite them in the ass forever.