~ Fireman Ed, finally broken after watching 20 years of constant buttfumbling by the Jets

The New York Jets (formerly the Brooklyn Jews) are a semi-professional football team that apparently "plays" in the National Football League. The team was originally named the Titans but soon after a Jet plane crashed into into the visiting teams bench at Shea Stadium the team was renamed to the Jets. Although the visiting team had no players available after the incident, the Jets amazingly still managed to lose the game after a bad snap on a punt resulted in a safety. Shortly afterward, Jesus Christ came down to Earth and stood on the fifty yard line. Unfortunately, national TV coverage had switched to the movie 'Heidi' so there is no visual record of this event.

For those without comedic tastes, the so-called experts at Wikipedia have an article about New York Jets.

The Jets suffered for several years under various head coaches until the Jets sent Tony Soprano to the NFL commissioners office to 'request' that the Jets acquire Joe Namath. The NFL commissioners office agreed to this request and within a few short years the Jets were playoff bound. During the 1968 season, the Jets were a team of destiny. The team won the division and marched through the playoffs to face the highly favored Colts. In early 1969, Joe Namath uttered the infamous line "There is no way we can beat this team, they are much better then us. We will definitely not win, we will not win. I guarantee it." It was soon discovered that Joe Namath had bet against the Jets. Joe quickly recovered and removed the word "not" from any previous quote. The Jets went on to beat the Colts in a stunning upset after Joe Namath punched Johnny Unitas in the penis. Joe Namath celebrated by getting drunk and running around saying, "I want to kiss you."

After the Jets victory, they suffered through many years of infutility. During the 80's, the team had a resurgence with the "New York Sack Exchange". The team played in the AFC championship game against the Miami Dolphins in the famous A.J. Duhe game. A.J. Duhe managed to switch from a Dolphins jersey to a Jets jersey after the snap. A confused Richard Todd threw several touchdowns to the wide open A.J. Duhe. The team was on a rebound until Walt Micheals jumped out of an airplane after the Jets owner stated they wanted to sell the defensive line on the New York Stock Exchange as he felt they were overvalued. Soon after coach Joe Walton took over. Joe Walton holds the record for most nose picks caught on live TV. Joe averaged approx 5-6 live nose picks per game. Joe Walton only had 6 offensive plays in the playbook and eventually teams figured out that Joe would run them sequentially, play 1, play 2, play 3... This led to the Jet chant, "Joe Must Go". This chant was started by a fireman who wore a chef's hat. This eventually morphed into the now famous "J-E-T-S, JETS, JETS, JETS" chant.

Bruce Coslet took over as head coach and the Jets continued to suck for several more years. He was eventually fired as the team got worse each year. He was replaced by Pete Carroll who made the famous choke sign to the Miami Dolphins kicker, right before the Jets went on to lose the game. In the low point of the Jets history, Richard Kotite was named as a replacement for Pete Carroll after only one year. It turned out that Richard Kotite thought that Jets played European Football (American Soccer). That explained why the Jets had the worst season ever under Kotite with 1 win and 15 losses.

A new era was started when Bill Parcells replaced Kotite and gave the Jets some credibility. He built a solid team through the draft and acquisitions. The team went to the AFC championship game in 1999 and was leading at half time against the Denver Broncos. They ended up losing that game when Richard Kotite ran on the field and tackled Wayne Chrebet as he was about to score the go ahead touchdown. Bill Parcells 'retired' from the Jets and went on to coach the Dallas Cowboys. The Jets hired intern Al Groh for one season before Al moved to Hollywood to make the sequel to "Deliverance". 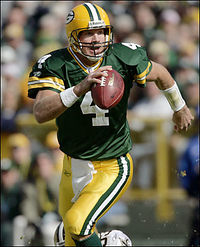 The Mangini era was an utter disaster characterized by several failures and oddities. Several catfights occurred between Mangini and Patriot coach Bill Bellicheat.

Next on the slaughter line they decided to try being a tough team and hired Rex Ryan to coach. Ryan imported guys with funky names like Lee On-hard and Bart "I'm gonna rape you" Scott. Scott immediately declared his intention to sacrifice victories if it meant causing intense physical, mental and emotional pain to the other team. Rex Ryan also made Mark "Dirty" Sanchez as the starting QB for the team. It was later reported that Mark "Dirty" Sanchez got lost while walking around New York looking for the stadium. When hearing of this, Rex Ryan became upset; he immediately began to cry and ballooned up another 100 pounds.

Later on, the Jets made the post season again on many comebacks, where the opposing team got so full of themselves that they didn't notice the Jets new player Santonio "The Dealer" Holmes. One of these included the Jets somehow getting a touchdown in 40 seconds or something, I don't remember. All I remember is laughing at the Texans. In the playoffs, Rex Ryan was talking about getting revenge on Manning, and eating tacos. These mixed when they came back yet again, to win with Rex Ryan throwing a taco to the Colts sideline, confusing Jim Caldwell, making him call a timeout. Winning 17-16, Ryan was quoted as saying, "Tacos are awesome but feet tacos are the better."

In 2012, Jets' owner, Woody "Woodpecker" Johnson thought he was going to hell. He acquired threw a trade Tim Tebow. Tebow is a renowned Christian god. Unfortunately, this upset the current quarterback, Sanchez, who is a Satanist, and Santonio Holmes, who is a bishop in Scientology. Tebow further pissed off his teammates by scheduling team drills on top of the Hudson River and changing the Gatorade to wine. Holmes hates wine and prefers crystal meth. 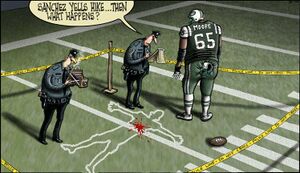 After the complete and utter failure that was the 2011-12 Season, Rex Ryan hired another foot aficionado in Tony Sparano. Sparano's love of feet was evident during his time with the Miami Dolphins, as he was reported to have an erection every time kicker Dan Carpenter would attempt a field goal. Ryan and Sparano were seen licking Tim Tebow's feet after Dirty Sanchez impaled himself on the ass of his offensive linemen on Thanksgiving.

Contrary to public belief, Tim Tebow turned out to have just been signed as the team mascot, not as a quarterback like everyone believed. Heck, even Tebow was duped, and instead he had to have his feet licked as his primary job. Unable to replace the now butt-faced corpse of Dirty Sanchez at quarterback and now disillusioned with his life, Tim T'bone left the team and was never seen again. Rumor has it that he became a Satanist, joined a local gang and finally lost his virginity. Woody Woodpecker dumped the rest of the entire team, which had mutated into a bunch of clowns, into the New York sewers following the season, and attempted to fire Rex Ryan and his feet into the sun. Well, he was a bit too heavy and instead landed in football Siberia, devouring all the foot-porn there until he was chased out by the indigenous beer-guzzling, wing-eating, table-hating Eskimos two years later.

Wait, wasn't the team supposed to be relevant again? Well, at least they tried. After the departure of Unsexy Rexy, the Jets then tried to replace him with a famous vegan chef named Todd Bowls, as what remained of the team needed to go on a diet after eating too many of Rexy Ryan's "goddamn snacks". It worked out at first due to new sous-chef Ryan FitzMagic, some Harvard businessman who took over for chef/quarterback Geno Smith, who was fired for splattering his own brains into what was supposed to be a vegan-freaking recipe. And Geno Smith is now dead. Heck, everyone in New York is vegan now, right?

Anyways, FitzMagic finally made the bowls taste good, and the team was on the verge of making the playoffs again until the Jets gave Fitzpatrick a multi-million dollar contract right before week 17. It was revealed he was actually Ryan Fitztragic, that sneaky con-man, and the Jets lost to the Buffalo Siberians because Fitztragic started feeding them real vegan stuff, costing them the playoffs as his previous bowls actually contained real food. Well, FitzTragic ran away with all that money and has since robbed the bank with his conman magic in Tampa Bay.

Chef Bowls then took over all cooking for the team, but each successive year the team kept getting tired of his vegan bowls because they didn't really give the players energy. After 2018, the team finally had enough and flushed Chef Bowls down the Toilet Bowl. They then tried to replace him with Mike McCarthy but had to settle for a former drug-dealer from Miami who was trying to turn his life around. Well, things seemed to be better under new chef Adam Gase, so good that Jets quarterback Sam Darnold now sees ghosts when he plays and has contracted AIDS, Mono, and Flu-rona all at the same time. Wait... 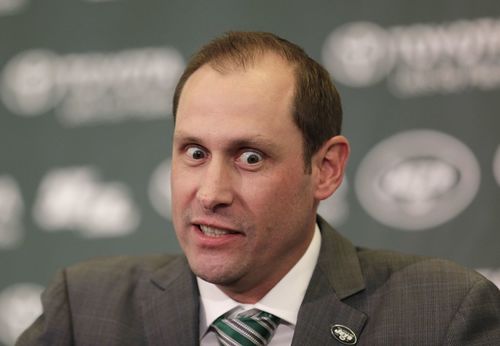 Hey, y'all wanna buy some crack? I've repackaged it as pro football!

Anyways.. Darnold, being from SoCal, then took his frustrations out and wanted to go skiing in the offseason, but went in the month of May. And no, he did not go to that dumpy indoor ski ramp in Jersey City. Instead, he tumbled down the nearby Pocono Mountains ski resort, bereft of any snow whatsoever, and ruptured both Achiles tendons, every bone and muscle in his body, and whatever remained of his confidence and was ruled out for the rest of his career, and Coke Eyed Gase resigned draft bust Christian Hackenburg to a 20-year, $1,200,000,000,000 contract to fill in the void at quarterback. After one horrendous game, the FBI arrested Gase, Hack burgers, and defensive coordinator Gregg Williams for fraud, and confiscated the entire Jets organization.