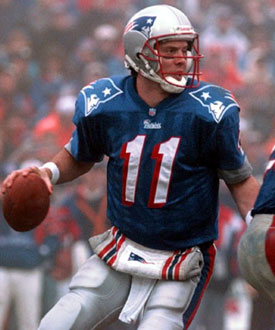 Drew Bledsoe sucks so much ass that he gets sacked by the air.
“He sucked ass.”

~ Every Teammate Bledsoe ever had

Drew McQueen Bledsoe (born February 14, 1972) was a quarterback who sucked ass. He sucked ass for the New England Patriots, Buffalo Bills, and Dallas Cowboys. He sucked so much ass for the Patriots that he was benched by a fake injury. He then went to the Bills to try and turn his life around, but was then owned by the Patriots. After being kicked off the team he joined the Dallas Cowboys, and he sucked so much ass that he was replaced by Tony Homo.

Bledsoe is a pussy. He was always the worst person on the team. Dude can't even make it through one game of Madden 06. Even when Bill Parcells gave him the best team in the history of the NFL, Bledsoe always found a way to fuck things up. An example of this would be the 1996 Patriots. Parcells had asembled a team destined to go 19-0. Because of Bledsoe, they didn't, and barely made the playoffs. They made it to the Superbowl beacuse Parcells benched Bledsoe, and when he put Bledsoe back in, he started sucking ass agian, and lost the Superbowl. However, Drew Bledsoe reportedly has an enormous cock. 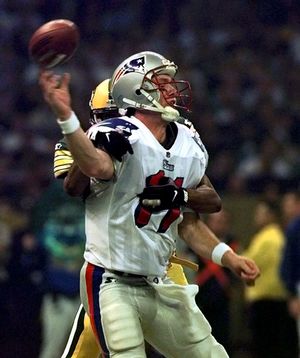 He sucked ASS. But he also has a huge DICK. 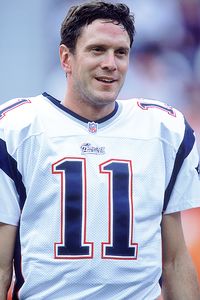 Drew Bledsoe angry at the fact that he sucks so much ass.

Drew Bledsoe sucked so much ass that Parcells quit coaching the New England Patriots. Thats when Bill Belichick tried to coach Bledsoe. Belichick realized that Drew Bledsoe sucked so much ass, that the only way that they could possibly win with such a failure starting at the QB position would be to start cheating. So in the year 2001,after Belichick assembled a team to take over the world, he would have the House of Representatives and the Senate sign The Patriot Act which guaranteed the New England Patriots victory in the Super Bowl, obligating the federal government to help them in any way they can according to the Act, which granted power for the government to control NFL operations to achieve a Patriots Super Bowl victory. Despite this though, Drew Bledsoe sucked so much ass that he got injured in week 2, and was replaced by gay Tom Brady. 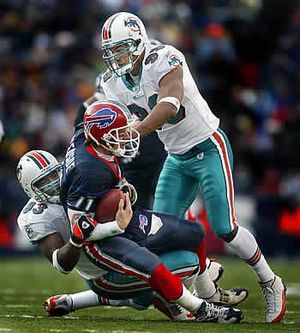 Even with the Bills, he still sucked ass. 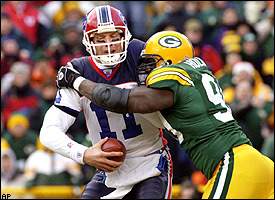 Drew Bledsoe sucked so much ass that the Patriots had to trade him away to the Buffalo Bills, where he sucked more and even harder ass from 2002 to 2004. Bledsoe actually almost had a good season in 2002 with the Bills, but he got owned when facing the Patriots, in a game in which he sucked ass. In 2003, he sucked ass. In 2004, he again almost had a good season, but fell one game short when he sucked ass in a loss to the Pittsburgh Steelers backups. Amazingly enough, Bledsoe was so incredibly bad, the Buffalo Bills believed that he was no longer good enough to be on their roster and was replaced by a green, two toed sloth, better known as Kelly Holecomb. Holecomb was so bad he got replaced by a stoner named J. P. Losman, and the cycle continued in Buffalo until the team was nuked in 2017 and rebooted. Drew Bledsoe sucked so much ass that he taught Buffalo how to suck ass.

Drew Bledsoe escaped the enraged Bills fans and found shelter in nearby Dallas. He was reunited with Bill Parcells, in which he would have never becme a starter because Parcells knew just how bad Bledsoe sucked ass. But, he ended up becoming the starter anyway because the only other option at the time was Tony Homo. 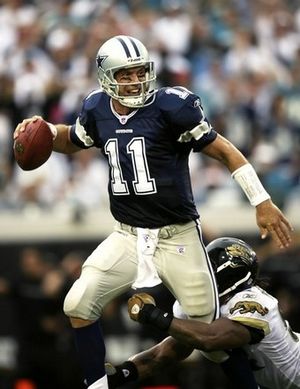 No matter where this guy plays, he still sucks ass! He still has a huge dick though. 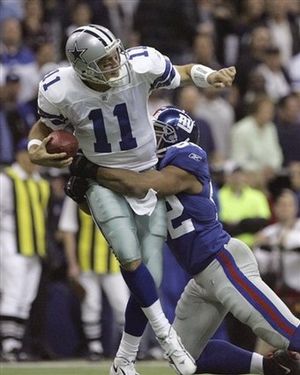 During the 2005 season, Bledsoe sucked ass, but still lead the Cowboys to a 9-7 record. Perhaps this was because every single play called for half of that season was a run, and Bledsoe even sucked ass at that, fumbling while trying to hand it off. Because of Bledsoe sucking ass trying to hand off the ball, Parcells called the first pass play of the season in week 10, which was a pitiful interception to Brian Dawkins which was returned for a touchdown. Parcells didn't call a pass play for the rest of the season, and Bledsoe continued with his handoff fumbling. The Cowboys missed the playoffs.

The next season, Drew Bledsoe sucked so much ass that Parcells started Tony Homo in week 6, and Bledsoe was banished to the Shadow Realm.

After Drew Bledsoe retired, he ventured into the winery business, starting the "Bledsoe Kickass Wine Company". Their wine sucks ass.