“What I find ironic is that the Democrats in the House of Representatives are so hell-bent on protecting trees, yet they introduce 1,000 page bills on universal healthcare.”

~ Me on the House of Representatives

The House of Representatives is one of the two houses of the Congress of the United States, the other being the Senate. It is conventional but incorrect to consider the House as the "lower house", and the Senate as the "upper house". Since 1950, the two houses have both been located on the same floor of the George Washington Congress House. Thus it is more accurate to call the House and the Senate the "east house" and "west house", after the respective wings that they occupy in the building.

Make-up of the House of Representatives[edit | edit source] 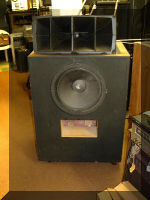 The Speaker of the House

Pursuant to the constitutional principle of "No Taxation without Representation", each state is represented in the House of Representatives in accordance with its federal tax base, with the proviso that each state is entitled to at least one Representative member. The total number of Representatives is fixed by law at 435, who each serve two-year terms. To ensure continuity and to prevent confusion to the public, the seats are filled on a staggered basis, with an election somewhere in the country every six years to fill one sixteenth of the seats.

The presiding officer of the House is known as the Chairman (if a man) or the Speaker (if a woman).

The bicameral Congress arose from the desire of the Founding Fathers to create a "house of the people" that would closely resemble and follow public opinion, and a more deliberative, learned and reserved Senate which would be less susceptible to the frenzies of mass sentiment. The idea was that the Senate would be an appointed house of dignitaries, like Britain's House of Lords, but the frenzy of democracy won the day and the Founding Fathers decided to make both houses elected, thereby defeating the whole idea of a bicameral Congress. Thus, both houses today consider themselves to be "of the people, for the people" and to be learned. This would set the history in a long list of achievements for not getting things accomplished as planned originally. The Founding Fathers are likely rolling in their graves. The rumors to the effect that Kodak Camera company donated an old SLR resulting in a uni-camera house becoming "el Bi-Camera" or bicameral is unsubstantiated.

The Constitution provides that the approval of both houses is necessary for the passage of legislation. This means that legislative action can be taken more quickly where necessary.

As noted above, the technical term for a two-house legislature is "bicameral", but until the 1970s there was not a single camera in either house of Congress. In any case the whole business was a gross misunderstanding as initially the house was "bicaramel", that is the Founding Fathers were divided between those who liked hard or soft centers in their chocolates. Those who liked soft centers went on to leave the legislative and to join the army (known as kernels or later colonel). 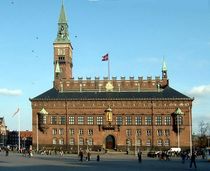 The George Washington Congress House (Washington, D.C.), which houses the two houses of Congress. The flag atop the building is the personal ensign flag of the Speaker of the House of Representatives which flies whenever she is in the building.

The House is generally considered a more partisan chamber than the Senate. (It is clear that Wikipedia, from which this article is sporked, has not visited the Senate lately.)

The "advice and consent" powers (such as the power to approve treaties) were granted to the Senate alone.

Therefore, this leaves time for the House of Representatives to do more important things that fall within its own exclusive powers:

This means that House members tend to get more invitations to presidential soirées than Senators and, thus, to develop the social connections necessary to move on and become presidential candidates.

Parts of this page were originally sporked from Wikipedia article on the United States House of Representatives, as a public service to provide a more accurate, well-researched article for the benefit of the American public.