For those without comedic tastes, the self-proclaimed experts at Wikipedia have an article about Seattle Seahawks.

The Seattle Seahawks are a professional American football team based somewhere in the nether regions of the United States. They are currently members of the Western Division of the National Football Conference (NFC) in the National Football League (NFL). They were relevant at two points in time, but they have since faded away into the depths of obscurity (read mediocrity) ever since that one Super Bowl Win against Peyton Manning. 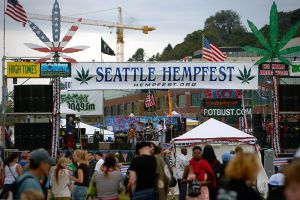 Seventies' Seattle not caring about the Seahawks

One day in the seventies, the NFL decided that it was lacking in teams. Their remedy to the predicament was to create two new teams. Instead of placing these teams in relevant cities, they decided to award the cities of Seattle and Tampa Bay with them. Out of this decision, the Seattle Seahawks and the Tampa Bay Buccaneers came into existence in 1976. The cities' people did not care.

Due to the citizens' not caring, the Seattle Seahawks were irrelevant for nearly thirty years. The only notable happening in the franchise's early years was Steve Largent, notable for being the only talented white wide receiver post-civil rights movement. He has since entered the Hall of Fame, and provides white people hope to this day. 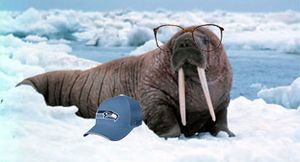 The Walrus at a press conference

The Seattle Seahawks finally decided to be significant in 2005, the year in which they made their first and only Super Bowl appearance. They won thirteen games, and managed to set the record for most points scored in a single season (a record that now belongs to the New England Patriots). They also set a team record: they hired their first walrus at head coach. Their key players were running back Shaun Alexander, and a bald guy at quarterback. Under theirs and the walrus's leadership, they reached Super Bowl XL.

They faced the combined forces of the Pittsburgh Steelers and the NFL Zebras in Super Bowl XL. Despite the fact that the Seahawks initially won the game, an anomaly brought about by the Zebras led to a Steelers victory. Somehow the aforementioned anomaly provided the Zebras with magical powers, with which they turned a goal-line stand into a Steelers' touchdown. Furthermore, they used their arcane ability to perform a vanishing act on a Seahawks' touchdown. Footage even shows them summoning phantom pass interference calls against the Seahawks. The final score was 21-10 Steelers/Zebras.

The Walrus and the bald guy have since left the Seahawks. These departures ultimately led to the team's hiatus in 2010. Currently, a team bearing their name has taken their place in the NFL. The origins of this new team are unknown, but experts believe them to be a division three college football team.

The hiatus was originally unannounced, and fans knew nothing about it until 2011. However, fans noticed a slight peculiarity about the quarterback -- he had hair. Recently found evidence claims that his name is Tarvaris Jackson, and that he was mistaken for an NFL quarterback by the new team's management. He was released in June of 2012 and the Buffalo Losers signed him.

In 2012, the team suddenly re-emerged after an interception was ruled a touchdown for them by zebras posing as NFL refs. So they now have a 3'10" dude playing quarterback who for a while was carried by a running back who only says "Yeah" and "BEAST MODE MUTHAFUCKAS", running through NFL defenses like Swiss cheese while on his Skittles-powered sugar highs. They somehow won a Super Bowl with this squad, until their new, bubble-gum-chewing coach decided to have Tiny Russ attempt a pass during their second appearance in the big dance instead of feeding the ball to Beast Mode.