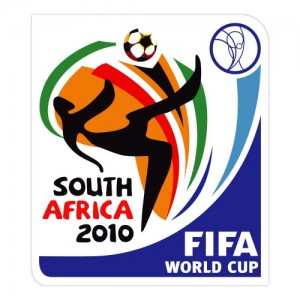 The tournament has a legitimate logo and publicity campaign--but seems to pull rules out of a bodily orifice.

RUSTENBURG, South Africa -- A grim-faced United States soccer team came home empty-handed--and grumbling that FIFA, unimaginably, changed the rules for the World Cup right in the middle of the tournament.

In the opening round, the U.S. team was able to play against nations which, while the Americans could not find them on a map, they had at least heard of. "England was the only one that was completely new to me," said U.S. captain Carlos Bocanegra.

On advancing to the second round, however, the U.S. had to confront a country called Ghana. It turns out that this is a real country, located in darkest Africa between the nation of Negro and the other nation confusingly called The Negro. "I don't know how to get there," said Mr. Bocanegra, "but presumably they know their way home."

Except, they are not going home. Because, after a first round the U.S. team was able to survive by just hanging around and playing to 1-1 ties, the team found that the second round was, suddenly, winner-take-all. "What do they think this is, American football?" protested Mr. Bocanegra. (As an UnNews interview is not a lawful detention under Arizona law, we were not able to ask him for proof of citizenship.)

The United States engineered another 1-1 tie, and there were high-fives all around when the players realized there would be an overtime period, a concept likewise stolen from American football. The players assumed the worst: a situation like the NFL, in which, in 2010-11, the overtime rule in the playoffs will bear no relation to the rules for the regular season. Indeed, Asamoah Gyan scored the game-winner for Ghana, setting off horn-honking back home, as well as traffic jams in most large U.S. cities.

Ghana will go on to play Uruguay for a berth in the semifinals. "Uruguay, isn't that where Hitler fled after World War II?" asked Bob Bradley, who faces an uncertain future as coach of the U.S. team, although some fans admire perennial losers. The United States has not advanced to the semifinals since 1930, when speedster Jesse Owens deliberately kicked the ball into Hitler's toothbrush mustache, aggravating national hostilities in a way that would prove fateful.