From Uncyclopedia, the content-free encyclopedia
(Redirected from Penis Removal)
Jump to navigation Jump to search

Ah, morning. The beginning of the day, and similarly, the end of the previous night. It greets you with the warmth and welcome that it always has, for as long as you can remember. As you customarily do every morning, you shower, dress yourself, eat breakfast, and shave. Stroking your five o'clock shadow, you pause to take a look in the mirror, razor in hand[1]. You do look good. Well built, rugged, a nice buff physique, but not too buff, just the right size. You breathe a short sigh and muse aloud, "Life is good."

And indeed, it is. Not only because of your severely agreeable physical features, but life in general is just good. You live in a comfortable apartment, reasonably priced and easily handled by the wages you make as store manager. You hit the gym three days a week, and usually have enough free time on your hands to go out with your buddies, or to a club of some sort. You play guitar in a local rock band that's relatively well-known in your city. This drives the ladies crazy. And, speaking of the ladies, you get laid at least twice a week.

It's always been like this for you. You graduated high school at the top of your class and were the captain of the football team. As one of the most attractive guys in school, you had dated every cheerleader at one point or another (and at your school, all of them were actually hot). And so on this, your day off, while laying back in your recliner, eating Salsa Verde flavored Doritos, and watching reruns of Family Matters, you come to a realization: Your life is a complete and total bore! 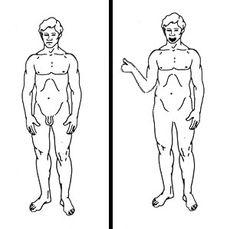 A typical Penis Removal patient (before and after).

Now, why would you want to do something crazy like getting your penis removed? After all, the penis is the main distinguishing feature of the male anatomy. Wouldn't it be just slightly less advantageous to remove your penis, then say, to take up skydiving? Or how about climbing Everest? And haven't you always wanted to learn to snowboard?

Well friend, I'll tell you why Penis Removal is such a smart move. It's original, and creative. Think about it. Thousands of people skydive every day. Why would you want to do something so mainstream and overdone for excitement? And as far as Everest goes, not only is it a dead horse, but elderly couples from Florida are the ones who killed it. And who the hell can make themselves look cool, stooping to the same level as the elderly?!

No, what you need is definitely a good 'ol dose of the permanent separation of your major sexual organ from your body.

"Ok," you say, "since Penis removal is so cool and original, where can I get this procedure done?"

Well, it's no small secret that your local general practitioner is the perfect[2] man for the job! 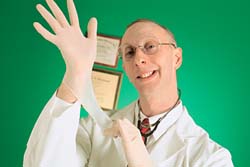 Rather enthusiastic chap, isn't he?

Yes friend, unknown to you, within the entire span of time in which you've known your family doctor, he's completed no less than 500 penis removals![3] Obviously, we are dealing with an expert here. And just take a look inside his office. He has all the necessary tools any trustworthy doctor needs to successfully complete this delicate procedure:

So, why not get things started then. Don't worry, this won't take long, and it will be virtually painless.[5]

Now, as would be expected, the easiest and least lethal way to complete this operation, would be to commence while the penis is in a flaccid state. So naturally, we fill you up with nerve gas, putting you to sleep, and saw it off while it's at its largest size.

Now don't worry, this guy is a trained professional and he's never made a miSTAAAOOOOH MY GOD!!!

OH GOD! OH GOD! Are you OK?! Nurse! Get me some gauze, stat! Oh dear, you're blacking out. APPLY PRESSURE! NURSE! I SAID STAT ON THAT GAUZE! Don't worry, you'll be just fine, we'll get you fixed up in no time. Ohhh, I would yell at the nurse again, but in all honesty, I have no fucking clue what "stat" means.

Life Without A Penis 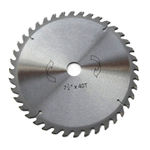 Damn slippery things, they are.

Oh, you're finally coming around then? Good. You've been in a coma for the past 3 weeks. Understandably so, considering the doctor's circular saw slipped and succeeded in slicing right through your genitals. No matter though, while you were unconscious we completed the procedure with few[6] setbacks. And since this is the last day your insurance will cover your stay here, today marks the beginning of your new, penis-less life. Now why don't you take a look at yourself. Go on, don't be afraid. There you go. That wasn't so bad now was it? My that's an odd shade of white your face is turning...almost ghostly white.

Anyways, you're going to be kicked out soon, so I should give you the gist of what life without a penis will be like. Now, don't look at me like that. You should have asked about this stuff before the procedure, it's too late now. Oh, you did? Well...as I said, it's too late now.

It is rather thrilling, isn't it? Just think, within the course of a few hours, you'll probably be running down your own city streets, closely followed by hordes of angry citizens with pitchforks, approaching at an alarmingly fast rate. The excitement is almost too much to bear, isn't it? You see, you're so excited you've actually fainted. Oh, and that pale white color is coming back to your face. What a shame, I really do like your normal skin tone.

Well, that's about all I have time for right now. Honestly, you should get some rest; it's been quite a shocking day for you. Oh look, the color is finally returning to your face. You must be feeling exceptionally better, your face is getting redder every moment.

Oh my, yes I can see your teeth are very white. I'm so glad it's not your facial tone this time around, because really it's distressing when someone's face is so white. It could be medically dangerous, and due to the little insurance technicality I mentioned earlier, I'm afraid I wouldn't be able to do a thing about it if that was the case. Hmmmmm. I'm going to hazard a guess here that you're a bit angry. Although, I honestly have no idea why. After all, you're about to start a whole new life! A life WITHOUT A PEN-