What's it to you? 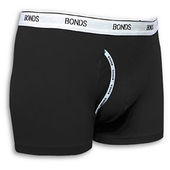 A donkey and elephant having a romantic dinner. SO. FUCKING. WHAT?

What's it to you, how I choose to dress my body, and indeed, my face? Yeah? Well maybe instead of asking so many questions you should SHUT IT?! Everyone has their own fantasies you know, whether it be to crash a party and eat all the cake, go on a shooting spree, or streak across a football field naked. Mine was to wear a pair of comfortable men's briefs on my face, and now that I have done it, I feel like a gap in my soul has been filled. Maybe you're just jealous that you will never know the joy I feel under this flimsy expanse of cottony happiness. Or maybe, just maybe, you had a chance to seize this type of happiness for yourself, and you were too embarrassed to just ROLL with it. Judgemental prick. Next time you're lying in bed at night, weeping under the covers as the darkness creeps in to consume you, alone and desolate, think of me, rolling and giggling in a daisy filled meadow, face draped in underwear and think: "That could have been me."

How would you like to have THAT kind of thought on your conscience? It would scar you, that is what it would do. You wouldn't be able to get up in the morning, the thought of that small piece of cloth that protects a male's sexual organ over my face would forbid it. Not that you would have a sexual organ anymore, mutilated dicktard.

Calm down? CALM DOWN? What the fuck is it to you how worked up you get me you soulless fiend?! Here I am, lying in my bed, inhaling the sweet fumes of an old, overused pair of underwear, and you walk in and rudely interrupt the VIBES that were being created! I will NEVER be able to re-live that moment when I was so peaceful, so serene, so GODDAMN BLISS! My heart soared with joy! Now whenever I want to go under that silky cut of clothing again, all I will see is your mocking face, sneering at me as if YOU have never had the urge to put dirty underwear over your face and inhale deeply, you un-enlightened anti-Christ.

You're fucking SORRY? What is it to you how I feel, you cruel excuse for a person??? Do you have any idea what you have done to me? Would you force a drunk to go driving? No. Would you run in to a room screaming about murder, brandishing a butcher knife while playing intense death-metal when a person was in that room on LSD? No. SO WHY, PLEASE, WOULD YOU WALK IN ON A PERSON ATTEMPTING TO PEACEFULLY, AND INNOCENTLY, SMOTHER HIMSELF IN HIS OWN, UNWASHED UNDERPANTS? There is NO excuse for what you have done. My underpants are much like Romeo is to Juliet. We were to elope, but now, some sick fuck has ruined our chances of ever peacefully being together, and I am left with little choice other than to commit suicide. You have caused my demise. Can you have that rest on your conscience? ON YOUR SOUL? ON YOUR BLACK, SUBSTANCELESS SOUL?

I'M over-reacting?? No, listen, shut up. YOU'RE under-reacting. You can just walk away from this scene, happy as ever, while my world gets turned up-side down, or maybe you can walk away thinking: "Hey, I did something wrong here," and stop being such a stubborn asshole. No, fuck YOU man. You can walk away on me, but you can't walk away on the TRUTH!

So anyway, who's cooking tonight? You or me? 'Cause I don't really feel like it.

Ah OK, well do you want me to go get the pasta then? I think I got enough gas to get to the shops and back.

Yeah I already bought the sauce.

Alright, see ya at seven then. Later.