UnNews:Footballer has sex with wife 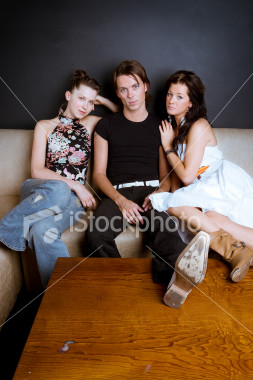 This is how real footballers do holy matrimony.

NOTTINGHAM, England -- Rumours are abound that locally known international superstar footballer man, Rick Gardener, has had sex with his wife. Rick, who recently stole the winning goal for The Duck’s Arse, in 2009’s Pub Championship League Tournament, has responded to the accusations.

“I know it’s not the most conventional thing to do now-a-days, but we’re trying for a baby… and well, you know… It can get a little stale when you’re doing it all the time... So, yes. We tried some light bondage. I’m sorry.”

The revelation has sent ripples of distress through the Gardener family with Mr Gardener's mother saying that she “really didn’t need to know” however wishes “them the best of luck, sterility runs in the family. She was adopted, you know?”

The local community are sceptical about the rumours. Ducky Gardener, the barmaid at The Duck's Arse, reported. "I don’t even think he’s straight right, because one night after the Big Game I was well flirting with him and putting drugs in his beer but he was all into telling Jeffy how he would be a good thing for the team but Jeffy was all like he would never go with Ricky because he was well ming and left a terrible man smell in the bathroom and that’s well true because I was giving Jacky Gardener a blowjob in next stall over and you know that they say adultery runs in the family. I'm even young enough to be his daughter which is well ming!"

The team captain, Ken Gardener, “Had noticed a change in Rick’s behaviour but I honestly thought he was just following in my footsteps, you know, like exhausted after all the footloose and female tail I was getting because I am getting it from girls and babes all the time – really fit ones too like that Ducky behind the bar – she is well nasty not like my wife who just knits all day like a clunge. And besides, what kind of monster would have sex with someone with such a traumatic childhood?”

Mrs Gardener was unavailable for comment, presumably tied up with her gynaecologist.