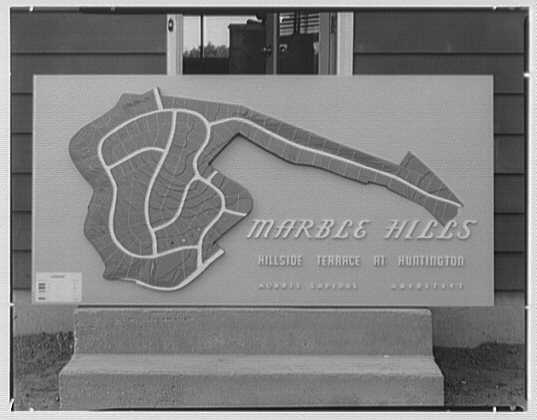 Marble Hills, lots are moving fast, but that's ok, it happens to everyone

Huntington,L.I. -- Huntington Board of Supervisors approved a zoning change for an enclave of confirmed bachelors. Long considered the red-headed stepchildren of spinsters, the the bachelor rights movement has started flexing its economic muscle. It is difficult to get hard numbers, but it is believed that the group have a stranglehold on some professions. With all this disposable income, it was only natural they would want a community of their own.

Community organizer and developer, Olive America along with her long time companion, Amanda Huggenkiss, came up with the idea of a bachelor haven at Brunch one day with their girlfriends. "Its time these men had a place where they could entertain their lady friends without the prying eyes of the neighbors looking down on their wild lifestyle" says America. Far from being a man-ghetto, Marble Hills will be a showplace of masculinity. The countries best bachelor designers have agreed to design all the homes. The community will also feature a 24 hour health club so the bachelors can keep up their fitness, for the ladies.

One controversial covenant in the new place is a No Mother Policy. Well meaning moms, bemoaning their sons moving out, will be stopped at the gate by security. Any cookies or pot roasts will be forwarded to the residents. The Vatican was consulted on how strict the bachelorness must be, and the policy is that the bachelor must have been a practicing bachelor for at least three years, prior to moving into the community. Not to worry, the sales office in Chelsea was awash with buff body building types, not the stereo-typical "mama's boy".

The showplace of the development will be the Paul Lynde Community Center. "Not many people outside the coasts, realized that Paul was a confirmed bachelor" said Huggenkiss. Lynde was famed for playing the crazy bachelor uncle that every family seems to have. So typecast was that role, that many people assumed he was the opposite in real life. Mr & Mrs. Paul Lynde of Larchmont. Not quite. The PLCC is to be the showplace of Charles Nelson Reilly Boulevard, the main drag.