From Uncyclopedia, the content-free encyclopedia
(Redirected from Stripping)
Jump to navigation Jump to search

“It's a sublime transcendence of colour over form, a beautiful synthesis of light and vector. Sherry, anyone?”

“I like the pole, but they need to move these women out of the way”

Strip Club is the slang name given to the 'Underground Galleries', places similar to nightclubs but given entirely or partly over to the exhibition of linear drawings and diagrams of the 'Op Art' school of expression. These establishments found their heyday in the famously culture-rich days of the 1980s, but have since fallen out of favour somewhat. They range from high to low-class establishments, sometimes tainted by the seedy connotations of this particular brand of art, famously dubbed 'drug-art' by some of the more conservative arms of the media.

The first legitimate strip club was opened in 1966 by struggling sculptor Hugh Hefner in response to the flourishing underground op-art scene of the time, where customers (almost exclusively men) would pay huge sums of money to be ushered into cubicles and look through peep-holes at the art in order to experience the dizzying highs they could produce. Hefner's idea was to bring the subject out into the open, but there was a storm of protest from realist-loving locals, who marched in the streets with banners such as 'No Filth Art Here', and 'Figurativism or Nothing'. However, despite this opposition, Hefner's club opened in April of 1966. 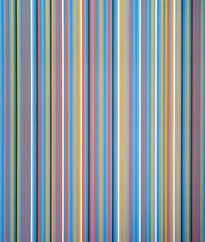 An example of the heady artwork displayed in a strip club.

Since that first club opening 40 years ago the industry exploded, with an estimated 4 million establishments open by 1985. Some were exclusive places, such as the famously upmarket Studio 54 club in New York, where patrons would pay hundreds of pounds in cover charges, to unlicensed underground clubs in the Far East. After several art-related deaths however, there was a call for a crackdown on such unregulated venues. 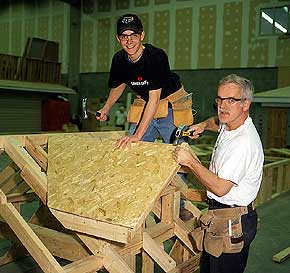 Two of the Chippendales in their rehearsal studio.

Since the majority of those patronising strip clubs were men, there came the formation of a new breed of strip club in the late 1980s, given over almost entirely to female-oriented stimuli. Playing upon women's well-known love of carpentry and joining, a group called the Chippendales was formed, named in homage to the legendary 18th century craftsman, Thomas Chippendale. These new clubs where the group toured attempted to move the thrust away from passive viewing of completed works to a more spontaneous 'live' feel. The Chippendale team would undertake live feats of joinery and virtuoso cabinet-making, including chairs, dressers and tallboys; all to the delight of an enraptured crowd. As renowned art critic Peter Stringfellow wryly commented in his best selling book, 'The Beautiful Art of Stripping': 'More than the stuffing began to fly when those boys started to upholster...'

Despite criticism from the (now-establishment) traditional strip clubs of 'dumbing down' and worse, of 'sexing up', the Chippendales continued their punishing touring schedule well into the 90s, and the rise of the internet.

After the success of the Chippendales, there was an attempt to introduce an element of sex into the strip club scene in the late 1980s, with owners employing girls to undress whilst the customers are absorbing the art; however such an innovation never really took off as the girls were often roundly ignored by the patrons who were intent on the works before them. However many girls became employed as 'ushers' or 'facilitators' and customers often pay for private sessions with girls who point out to them the notable parts of the art, often giving a rundown of the history and provenance of particular pieces. Strip clubs are in this way often credited with the huge uptake in the study of art and art history amongst the poorer demographics around the world, and of course the rising adoption of Ming culture amongst young people all around the world.