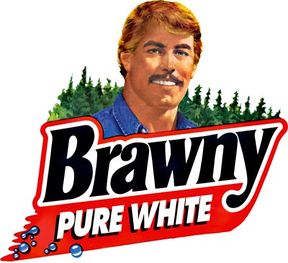 You're a man now, makin' manly messes, and you need more than just some pansy-ass napkin.

With so many tough messes in your filthy ass mancave, you need a towel that is rugged enough to hold up to the constant onslaught of dirt and grime that your manly day-to-day activities emanate. Brawny Paper Towels can handle any and every job, even your toughest messes, including the neverending stains from beer, whiskey, bacon grease, motor oil, and semen. So the next time you get too drunk and piss all over your girlfriend's Persian rug, think of Brawny's Herculean strength to clean it up quicker than Dale Earnhardt Jr. at a Thunderbird sale.

Usually, you're quiet and chill, but if shit hits the fan, you'll pull out those nunchucks and tear 'em a new one. You need Brawny MaxiPack™. They smell the way guys want them to smell, and they look the way guys want them to look, with the technology to handle all your manly spills and odors. Hey, not that you need help in this area, but when's the last time your roll of industrial strength towels helped you get laid? I know, right? Brawny's powerful pre-moistened towels remove grease and grime from hands without gritty residue. They will leave your skin so silky and smooth, your girlfriend just won't be able to resist you when you're done working at the shop. Of course, it helps to be beefy, husky, and muscular – just like Brawny paper towels.

I mean, you're a well built dude that chicks can't quite pin down – young, strapping and hunky; mysterious at times. When they ask, "Who put an empty jug of milk back in the fridge?" You know who it was. If you want to be a hit with the ladies, you gotta get these paper towels, man! The next time you make a mistake, Brawny can help you clean it up. If you forgot your girlfriend's last name, Brawny will take care of it. Late to work because you were too busy taming strange? Your trusty roll of paper towels will fix it. Never leave home without Brawny by your side, because disaster can strike at any moment around a handsome heartthrob like you. Plus, if your Mom kicks you out of the basement again and you have to sleep in your car for a few days, Brawny has got you covered. Trust Brawny to give you that super soft, cloth-like action every time you masturbate, and the clean, fresh scent is a welcome enhancement to your daily (and nightly) ritual. You can also flush these babies, best toilet paper you ever had!

If you are puny and weak, don't fret. Brawny can help you become a muscly, hard-bodied man! All you gotta do is unroll your hefty pack of Brawny paper towels and enroll in Brawny Academy. Almost half of American wives say they want their husbands to be better at cleaning the house. Over a quarter of women claim that their husbands never even bother to put down the toilet seat! At Brawny Academy, you will be taught the ways of the all-powerful pickup masters, the Cleaning Commandos®. At Brawny Academy you go from scrawny to brawny with just one pick-a-size roll, simple as that bro. All the chicks will be swarming your crotch in no time, and don't forget to rush during frat week!

You will learn tools and techniques to be more helpful around the house. The intensive nuts-and-bolts training will cover key chores women desire, giving you clues about cooking, cleaning, parenting, and fixing things around the house commando style, providing all the paper towels you need along the way. Brawny's durable softness and masculine scent is sure to wrestle you to the ground with satisfaction. Dude, these paper towels are gonna knock your ass out with their tough long-lastingness.

My husband gave me his credit card for my birthday and told me to go pick out my own gift! He is a terrific guy in many ways, but he needed some basic training in taking care of the kids, the house – and me!

The Academy traces its origins back to 1765, founded before the American Revolution by the Sons of Liberty in admiration of Betsy Ross and defying the tyranny of the English Crown. These patriots had to conceal their identities and worked "underground" to help establish freedom and liberty in the early Colonies of British America, creating certain secret patriotic societies like Balls and Shaft, the Sons of St. Tammany, and later the Society of Brawny Men. Believe me, quilted-pattern paper towels were essential in this task. Modeling themselves after the great Iroquois Confederacy governing body, they chose to adopt a Democracy with elected representatives, and were thus considered radicals, shunned by the Church of England, but eventually their machismo would prevail, and the monumental erections that now house Brawny academics were subsequently built.

After the War of 1812, Brawny Academy emerged as the foremost accredited universities for men and was sanctioned as the only major American school that can lawfully be sexually discriminating. As such, they like to keep special Brawny Men® customs and terminology, a firm basis for the fraternal establishment. After attending, a collegiate should demonstrate expertise in relationship communication among their peers. And although some of the phrases and words may sound strange or even be deemed as masochistic, they eventually become a familiar and fluent language for alumni, Broski.

Brawny Academy is similar to many other collegiate organizations in the United States. The following Manly Reads are just a few examples from the Brawny Essential syllabus, hopefully sparking a fine tuning of male-centric skills, and illustrating how to cultivate romance with a woman after you finally pull yourself away from ESPN or Call of Duty: 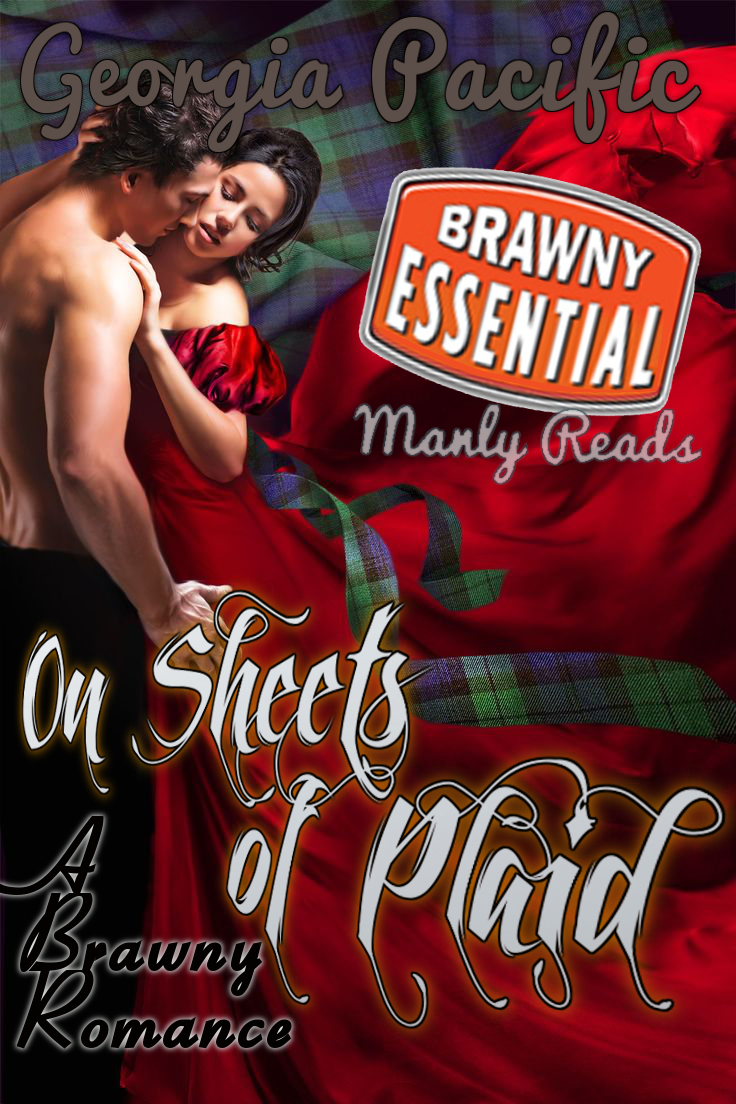 On Sheets of Plaid 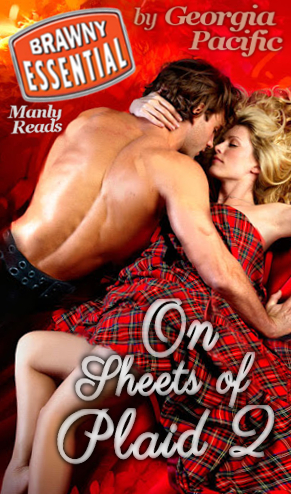 On Sheets of Plaid 2 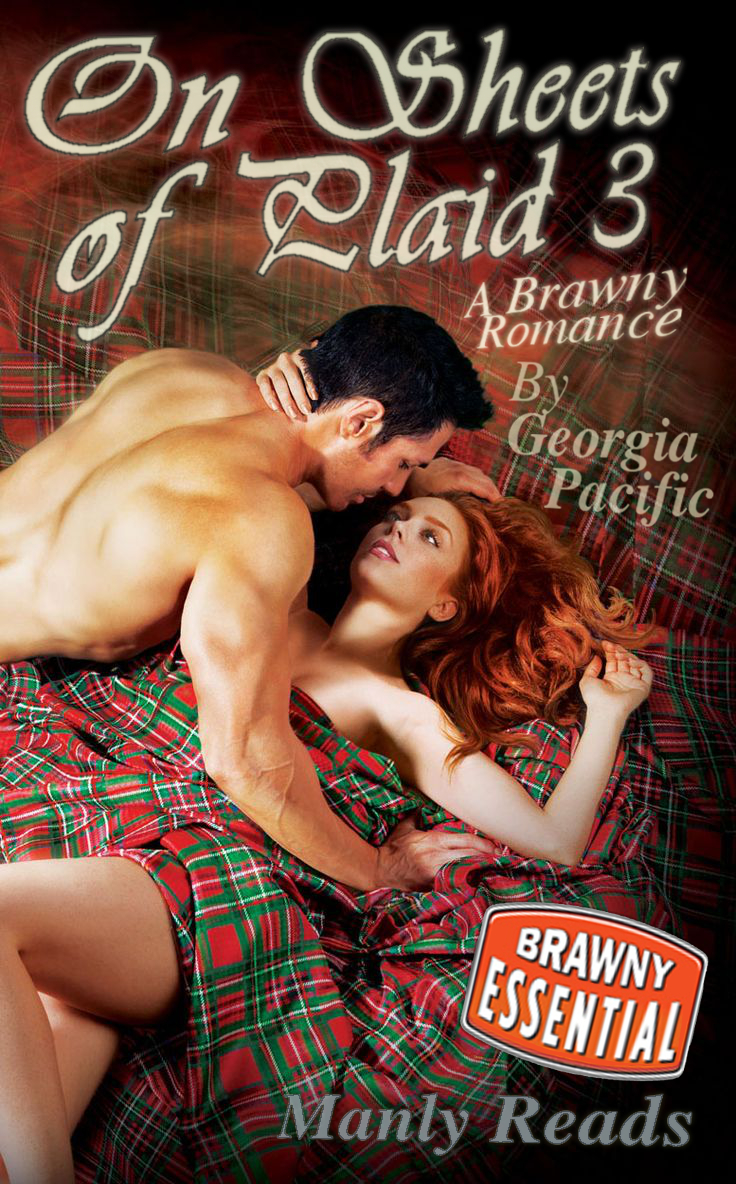 On Sheets of Plaid 3 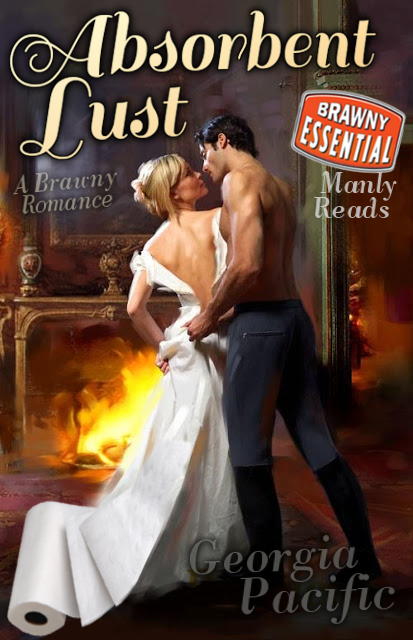 Who are the Brawny Men?

Women have, and always will, wish their husbands helped out more around the house. Just as Brawny paper towels help make lives at home easier, the man of the house should too.

— The Improved Order of Brawny Men

Legally, The Improved Order of Brawny Men is a patriotic organization chartered by Congress. It is a non-profit organization devoted to inspiring a greater love for paper towels and other semi-reusable cleaning products. On December 16, 1773 a group of Brawny men met in Boston to protest the tax on tea imposed by England. When their protests went unheeded, they disguised themselves as Mohawk Indians, dumping 342 chests of English tea overboard into the Boston harbor.

During the Revolutionary War, Brawny Men took up muskets to join with the Continental Army. To the cause of Freedom and Liberty they pledged their lives, their fortunes, and their sacred paper towels. At the end of the hard fought war the American Republic was born and was soon acknowledged among the nations of the world, although the name Brawny Republic was voted down 3 to 2. This new Republic believes and adheres to the following:

Many Brawny Men formed secret societies and brotherhoods that still exist today. The Freemasons, the Elk Lodge and your local Rotary Club are the most notable of these. For the next 35 years following the American Revolution, however, Brawny Men went their own way, under many different names and groups. In 1813, at historic Fort Mifflin, near Philadelphia, several of these groups finally came together and formed one organization known as the Society of Brawny Men. The name was later changed to the Improved Order of Brawny Men in Baltimore, Maryland.

After the Grand Council of the United States in 1834, Brawny became a national organization, and the Improved Order of Brawny Men soon spread like pancakes to over 500,000 members. Today, The Improved Order of Brawny Men continues to worship paper towels and has recently adopted lemon Pledge as their favorite cleaning solvent. They continue to uphold the same ideals on which the American nation was founded and every time you use Brawny paper towels, you can be a part of this proud and historic organization.

Q. — Is it expensive to join the Improved Order of Brawny Men?
A. — No. The initiation fee and annual dues depend on the amount of paper towels you use – the more the better.
Q. — Must I read a large amount of unwritten or secret work?
A. — Yes. You must memorize the periodic table of elements. You must also know the password and the secret signs of the Order.
Q. — Will I be required to wear plaid or dress like the Brawny guy?
A. — No. But it is recommended, especially if you're trying to bang hot chicks.
Q. — What do you do at your meetings?
A. — We clip coupons, mostly. Paper towel products can be found at just about every major grocery store, so it's easy to get great deals with Brawny coupons.

Very Versatile! Be a Brawny Man

Where there's a tough, burly man there's gotta be strong, sturdy paper towels. Some dainty little crocheted tea towel from France isn't going to help you with your gargantuan problems. Mighty Brawny will get the job done. Brawny is hefty, solid, and way better than the crappy recyclable paper towels at the gym. You don't want those any more, you have your own pick-a-size paper towels in a MaxiPack. Brawny is all you need to spot you on the bench press, providing the strength and reliability you expect without all of the extra frills and time constraints like your old wimpy workout partner that can't handle more than an hour of squat thrusts.